If you think there are any names missing on this list it’s only because you haven’t seen our top UK producers part 1 blog. Here are 6 MORE UK Producers who are bringing us non-stop bangers along with their distinctive tags! – Written by Grace Zadi 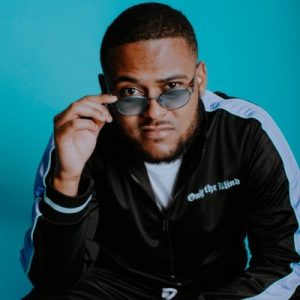 ‘Gotchaaaa’… the tag we cannot get enough of! 2019 was definitely his year thanks to his endless collaborations with so many sick artists; from Headie One, Skengdo & AM, Zone 2, to G4 Boyz and more! I personally love when Gotcha and Russ come together, the chemistry between his beats and Russ’ flows seems so natural and easy for them. Whilst Gotcha produces the hard, bouncy & gliding beats, artists effortlessly jump on and smoothly ride them. Due to his unbeatable work rate, Gotcha is now a platinum producer through Russ & Tion Wayne’s ‘Keisha & Becky’ earning its platinum plaque. The success of the recent single ‘Body’ between the three, proves again how great of a producer Gotcha is.

The two masterminds behind some of the best UK tunes; James Grant & Darius Ellington Forde, form iLL BLU, a duo who have been around for a long time and are yet to be stopped! The duo have produced for MoStack, M24, IAMDDB, and Sneakbo, just to name a few. Without a doubt, iLL BLU have earned their respect in the UK’s music scene as their beats have allowed for artists such as Loski, Bandokay & Double Lz especially, to explore their versatility. The producers tend to remix popular songs like Sam Smith’s ‘Like I can’ adding that ‘iLL BLU touch’, which consists of funky, upbeat sounds and melodic samples.

Solidifying his place as one of the UK’s hardest drill producers, Ghosty has been putting in the work for a while now. The notable ‘Ghosty’ tag has literally been on every UK drill song, after working with so many artists such as Digga D, Rv, Headie One, and US artists 22Gz, Bizzy Banks and so much more. Ghosty’s popularity has heavily increased since producing one of the coldest UK drill songs, ‘No Diet’ by Digga D. ‘No Diet’ was definitely a UK anthem at one point, and is still very much listened to this day! One thing I love about Ghosty’s beats are the GLIDES, without those hard, gritty glides are you really listening to a GHOSTY(UK) BEAT?! Recently, he’s been dabbling into different genres, like trap, love to see it. 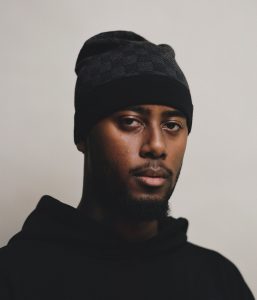 Hearing ‘This is a Melo beat’ when the beat drops, you already know the song is about to be lit! Melo prominently uses bass heavy sounds, hence the ‘808’ in his name. Already a well-known producer, Melo gained even more recognition through his collaborations with New York artists with the likes of Lil Tjay, Fivio Foreign and the late Pop Smoke. He was a major producer on Pop Smoke’s debut ‘Meet The Woo’ album and since then has produced many more of the rapper’s songs. When discussing top UK producers, you just have to mention 808 Melo! His significance in the game has been mainly due to the emergence of ‘New York Drill’, NY/Brooklyn drill is greatly influenced by UK drill, but the NY music scene is surely creating its own lane.

If it doesn’t ‘sound like Nyge’ then it ain’t banging. Since producing ‘Lock Arf’, one of the UK’s most influential drill songs for Smoke Boys, (formerly Section Boyz) Nyge earned his spot as one of the UK’s best producers. Nyge has worked with artists such as Yxng Bane, D-Block Europe and more frequently, AJ Tracey.. The South London producer continues to showcase his versatility by creating beats which can be found in popular genres from grime to rap, trap and afro fusion. Nyge shows beyond doubt that he is a top producer in the UK’s music scene with producing his own songs and has an EP with House of Pharaohs.

Section Boyz are breaking up 🥺💔 pic.twitter.com/tBeOYzgPlC 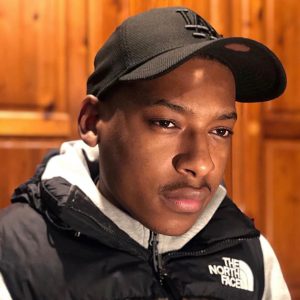 Axl is another UK producer whose UK Drill beats have taken New York, mainly Brooklyn, by storm. Similarly to 808 Melo, Axl Beats is considered as one of the pioneering producers for NY/Brooklyn Drill. The London producer has produced beats for artists such as Loski, Rich The Kid, Pop Smoke, Fivio Foreign and so much more. ‘Big Drip’ was definitely 2019’s summer tune and although Fivio had many of us screaming ‘Ayy-ayy-ayy’, let’s not forget the genius behind the bouncy & catchy beat! As NY drill continues to rise, as well as the Drill scene in general, huge mainstream artists are also jumping on the wave, giving the chance for producers like Axl to work with Drake and Travis Scott (high profile artists in the industry). He produced JACKBOYS’ ‘GATTI’ which features Travis Scott and Pop Smoke, as well producing Drake’s song ‘War’ which is included on his ‘Dark Lane Demo Tapes’ mixtape.

In this article:Drill, featured, producers