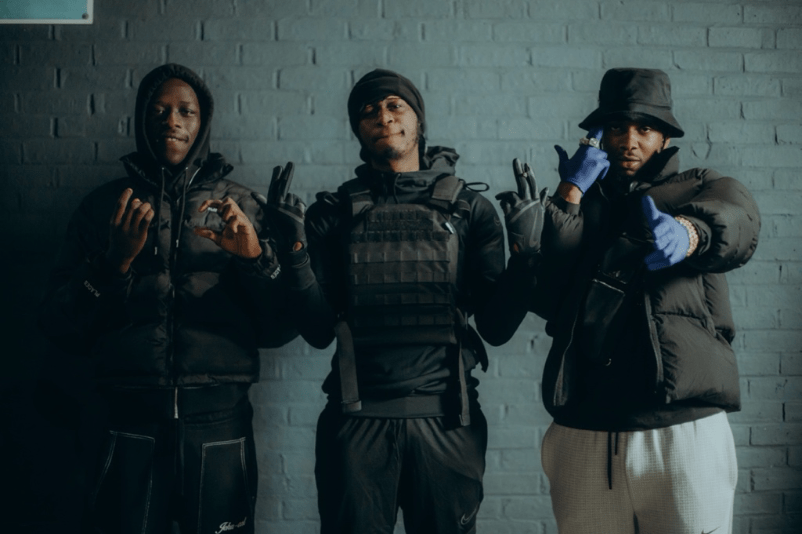 “Where the dark was sold there must be light” – Backroad Gee

On a mission to leave a firm imprint on the UK rap scene, one of the most exciting young rappers in the UK right now – Backroad Gee enlists quickly-rising rapper Pa Salieu and Ambush to follow up on previous heater ‘Party Popper’ with a fiery GRM Daily remix.

Full of energy from the onset ­­– effective high-octane visuals directed by Jack Lane London open an exciting window into the unique world of BRG! Showcasing the undeniable lyrical chemistry between the three rappers, Backroad Gee proves that he can hold his own when in good company. Delivering a balance of turnt up but serious robust bars over 23 Formation in house producer, Finn Wigan’s beat.

There’s more to Backroad Gee than the eye meets, the rapper who has been raised in disparate parts of London, mainly areas of Tottenham, Stratford, Pimlico, East Finchley, and down to Thornton Heath is – heavily influenced by his mother blasting Congolese music in the house as a youth­. Growing up in the golden era of grime and dancehall at just 23 years old Backroad Gee is taking all these formative sounds and experiences to new places.

With the original Party Popper going viral earlier this year and an upcoming body of work due in June; BRG continues to set the agenda, receiving co-signs from the likes of Chip, Tiffany Calver, Lethal B, DJ Semtex and many more.