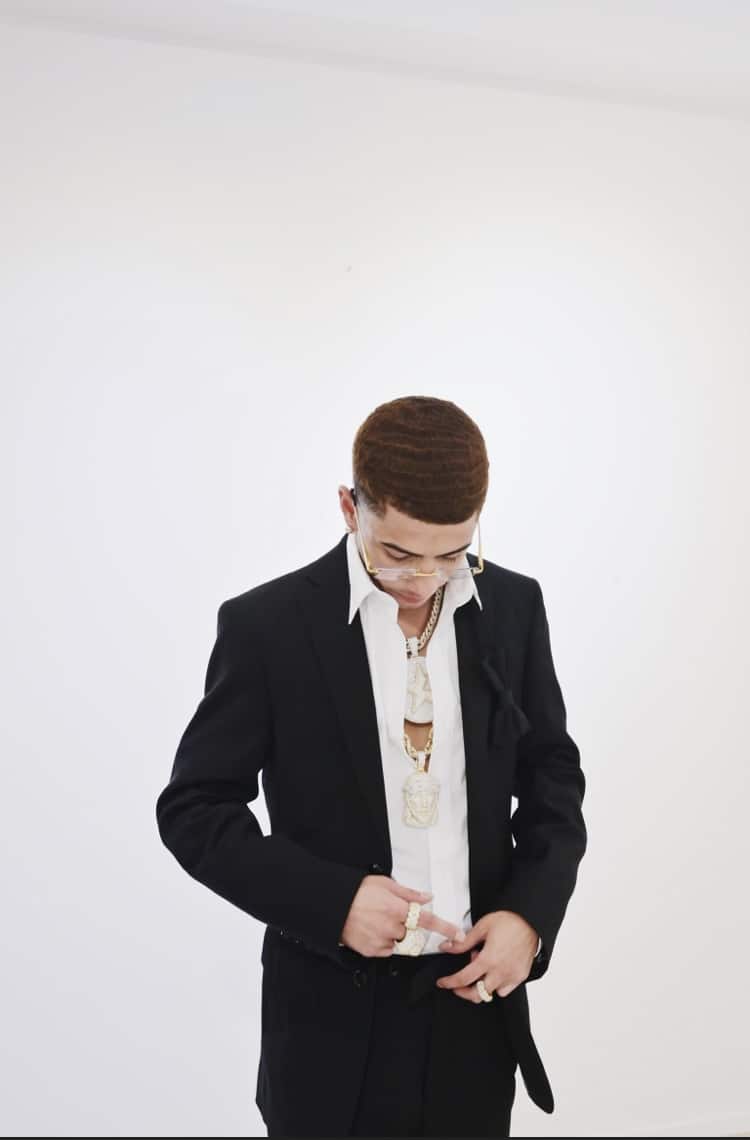 Following his success on season 2 of ‘The Rap Game’, at just fifteen-years-of- age,  Justin Irvin Rivera, better known by his stage name J.I the Prince of N.Y or more recently simply J.I is at the cusp of exploring his sound and heritage while paying homage to his pre-teen faves. The 19-year-olds Hood Life Krisis Vol. 1, which includes his summer breakout single ‘Need Me’,  helped place the bourgeoning artist on the map and today has reached gold status and Top 20 at Urban Radio and over 50 million views on his Youtube channel.

In addition, he released top fan favourites that include ‘Painless 2’ featuring Lil Durk and Nav and ‘In Love in the Club’. The EP gained support from Spotify who chose him to be the second artist on their RADAR program (helping share the stories of new emerging global artists with their users) and garnered recognition Billboard, Complex, XXL, ABC News, Pitchfork amongst others. Recently, Vulture named J.I, “One of the top young rapper’s of New York City’s Next Generation.”

Thank you to the guy who put me on to JI & this track 🙏🙏 pic.twitter.com/TvZt7CkYXa

Once J. I found his sound, and his label signing with Interscope via G* Starr Entertainment followed. He spoke to Thandie about his journey towards expanding his sound, his love for UK music, his inauguration into “Prince of New York” status, and broke down some NY lingo. 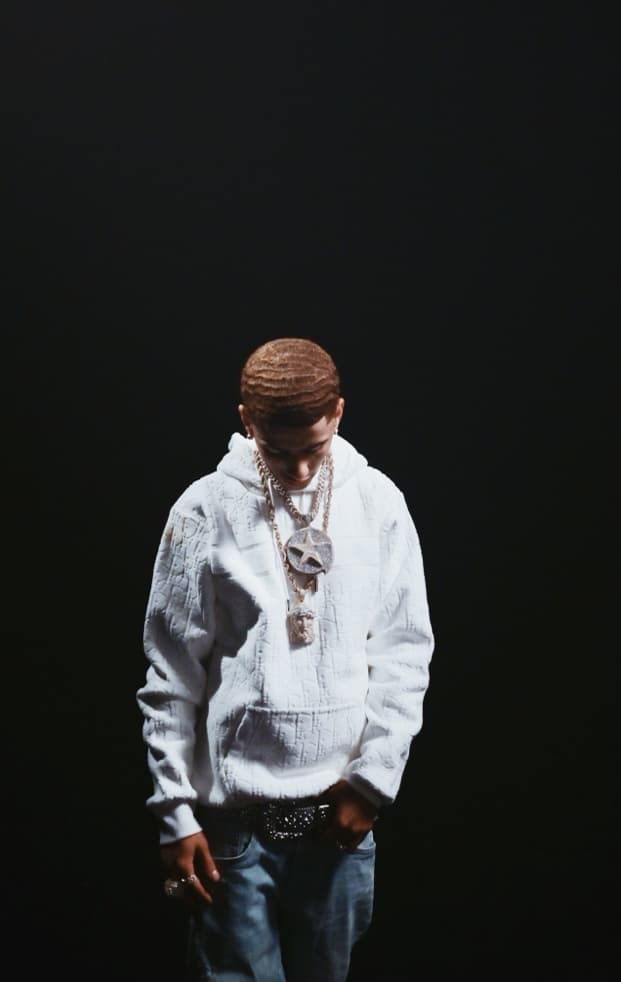 You’ve just turned 19, and you’ve already got songs with Nav, Lil Durk and Cardi B and Drake are notable fans (playing your song on IG Live) how have you adjusted to fame?

“Everything really hit me cuz there’s only been a year since like, I dropped everythingI’ve been working really hard. So,  it’s like when you get the response you want and then you get plus more and make a little bit above and beyond, as far as the attraction you expected from the audience. And just, it could be overwhelming sometimes. Because you try. I don’t know. I haven’t really processed it yet. People like to do these artists, you get this big thing and doing it. I don’t really see it like that. Like I’m really I’m still trying to get where I want to be, so my head is focusing on the right things. You got too many people that they get a little taste of fame – And they move like cocky a**holes. And I hate that I’m not a cocky person. I’m trying to be humble. Yeah, like,  I just had to be humble about everything.

I grew up in Brooklyn, New York. I lived in Brooklyn, New York. Okay. My heritage originally; I have family in Puerto Rico and St. Kitts, Caribbean. So I haven’t done my ancestry yet. I really want to do that though. Because I’m not 100% Spanish like I know I’m not. So I want to just find out where I got family in other places because I love travelling.

Do you know listen to any UK artists? If so, who are your current favourites?

I’m a big fan of them. Do you know, Dutchavelli? I’m a fan of Deno Driz, and [Headie One].

I like Skepta, he’s super dope, he’s from there too right?. I’m just a big fan of what’s going on, you have the drill lane then the up-tempo party lane, and dancehall. I just love listening to all types of music. I love listening to reggae, like Afro reggaeton Spanish, like, I’m just a big fan of music in general because I’m making music and I try to make different types of music. I don’t really like limiting myself as far as the type of music I put out, and the type of genres that I  touch on but – you guys got that on lock, like, I can see that I love it. I love it, period.

So, um, when I was googling you, you are also known as Jay, the prince of New York is it? I don’t know much about like the royal family in the state. I know the UK royal family. Do you want to talk to me through being a prince how you were knighted?

Alright, here’s the funny thing. I always break this down. That was my Instagram name. And I had made that maybe around five years, six years ago, I definitely made that my Instagram name. Do you know Drake had Champagne Papi? I’m like, yo, “the prince in New York”. [In 2016] when I went on that show (The Rap Game), – I kind of couldn’t get away from it and break out of it. I was a little mad too. I’m like sh** like, this isn’t my name. But I went on the show for exposure. So I just ran with it. I’m like, I’m assuming it is what it is. And then came home and everybody was just calling me that and before I knew it, it kind of like, I couldn’t really escape it. And then [my team] was like, we’re trying to break out of it like this. I just want different names. You got a little Wayne with Tunechi, So I just that’s just one of my like, personalities. 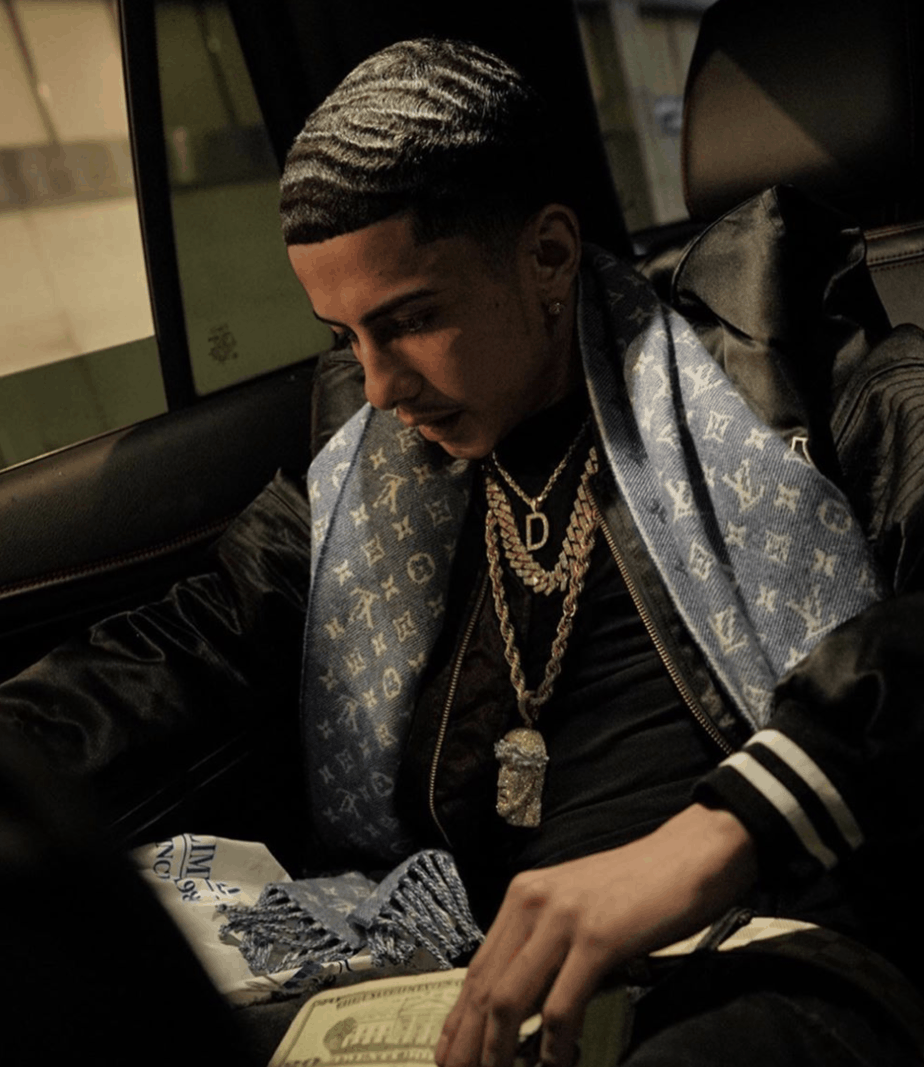 On the subject of, you know, keeping your mind straight. I mean, you spoke a lot about mental health, and you’re very open about it. And like some issues with depression, etc. Is that something you plan to cover in your music? And if you will, why? And if not, why?

The thing is, I’m glad you brought that up, because I’m still debating that right now. I’m almost done on my new project Hood Life Krisis Vol 3. The main thing with this project is I’m trying to give people like that old J.I feel,people like a different side of me. So with this project, I really want to give people that old school feel. But I definitely want to touch on that because I don’t feel like I have a record like that. I don’t feel like I’ve gone in-depth to my fans. And that’s important. it’s important for your fans to feel like they connect with you. They know us as a person rather than artists, right? I’ve been sensitive towards it and you know for yourself like social media can be very harsh sometimes you know.  So it’s like I try to protect my heart and the people around me. People don’t really care nowadays you tell somebody you go into something new for likes. I try to like really stay back and move a little militant when it comes to my heart and how I feel now.

Check out the interview on our IGTV

Do you know your audience? do you know what age group you attract?

That’s the thing like, I try to speak for a mature audience. But a lot of kids our age will mature and grow up quickly. And that’s it. Like that’s the truth. The whole thing with children is they want to feel comfortable. They want to feel like they have a say so they want to feel like they got their own thing going on just like the adults do. So like okay, bet. Like, yeah, I drink I do drugs,, like we drink too, but we’re not gonna tell you-  but we also listen to rap music and we listen to music. I feel I don’t really have an age audience because I relate to all types all ages. Like, don’t get me wrong. The kids my age go hard. Even have adults that go hard. I got older people that go hard. So it’s like, I really try not to feel like it’s dope when you don’t have a specific age audience and everybody knows who you are.

What can fans expect from the new single?

So this new single is off my new mixtape, Vol. 3, I’m excited cuz I mean the video is amazing. Like, when you look at my music videos, I feel like,  what I see is like a lot of progressions like from me you see Need Me as my biggest record and then you go to records like 20k which I recently dropped with Lil Durk and Nav. And then this music video love letter to you, fans want something that feels familiar when it comes to me. They want the pain talk, the bag talk, and heartbreak – with Love Letter To You –  I give them that. I have another record drooping called Excuse My Pain  – but that video? I don’t even want to spoil it. 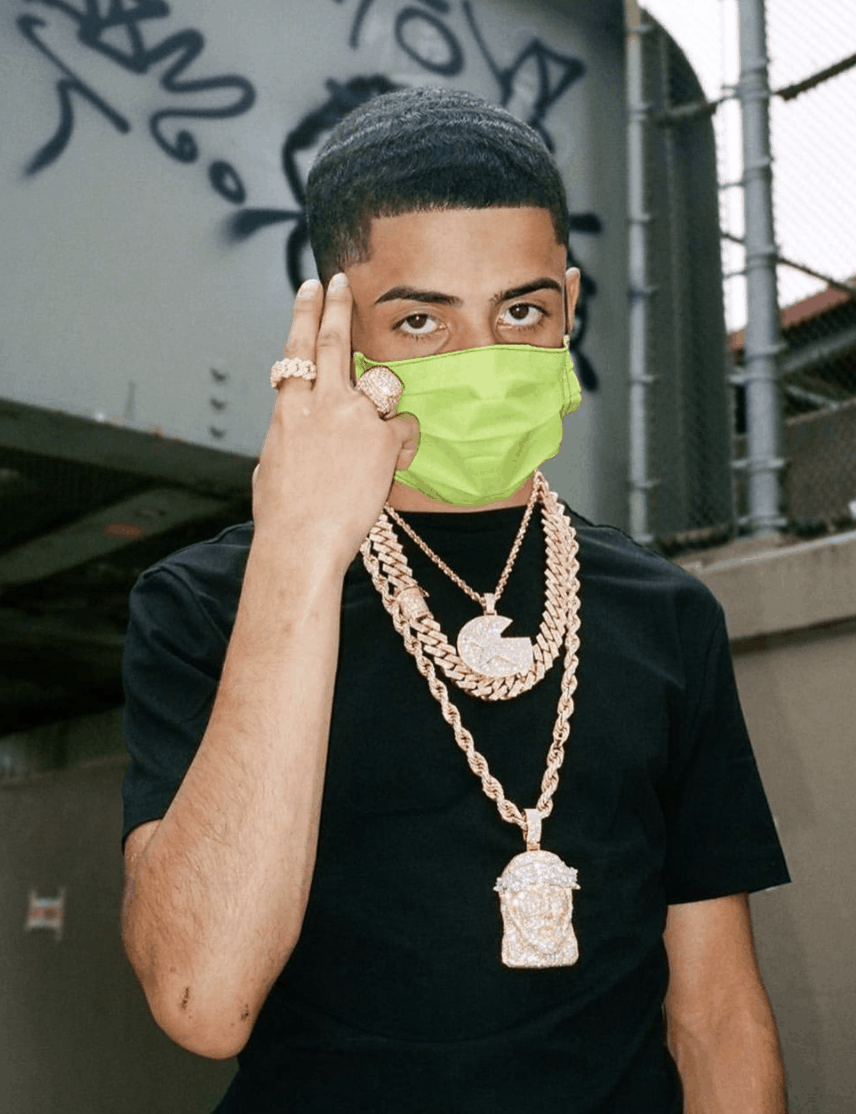