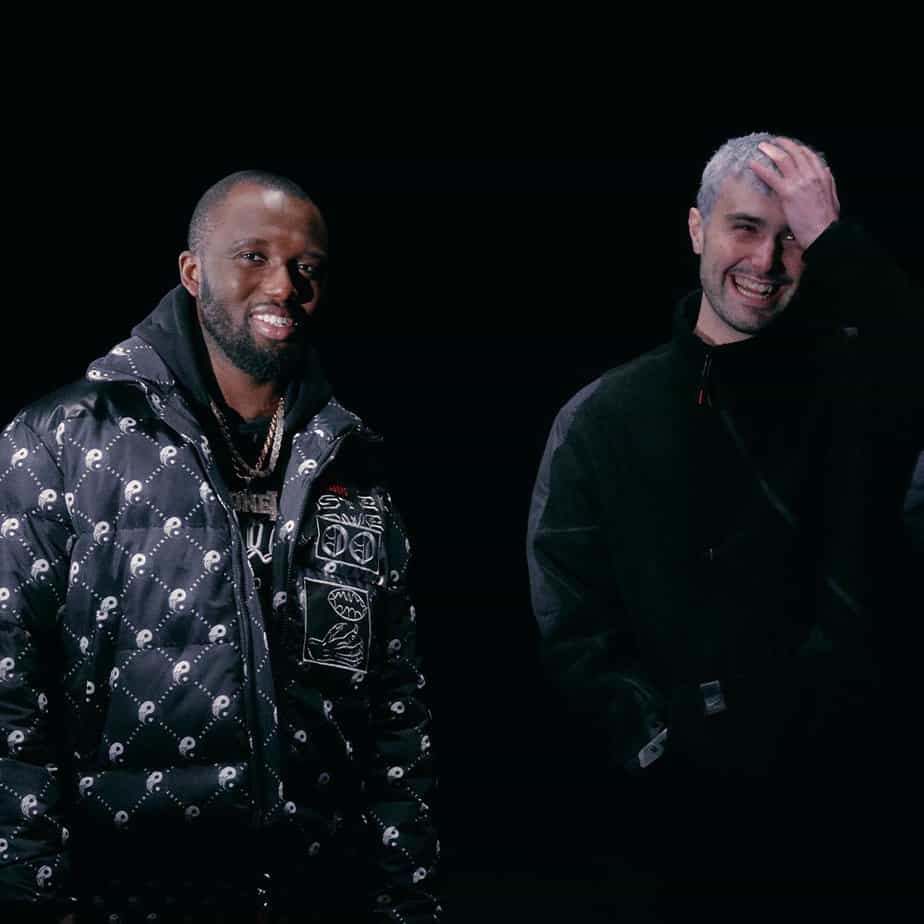 Headie One & Fred Again collaboration mixtape ‘GANG’ brings us one of the most surprising albums of the year. This mixtape was delivered the same day that Headie One was returned from a short stint in jail.

Gang is a powerful piece of work that beautifully blends multiple genre’s of music, speaks of Headie’s continued struggles walking that thin line between Music X Road and also gives us a little insight into Headie’s progression as a man & an artist going forward.

To start, Fred Again’s production on this is sublime. He doesn’t really miss a step and caters towards Headie’s abilities and keeps the vibe he was trying to give off for the whole tape. I could definitely feel the as though these two had a strong chemistry whilst listening.

‘TOLD’. The Intro track, borrows its structure from track ‘Music X Road’ from Headie’s 2019 album of the same name. The beat on this version is a lot more gritty and the pitch up vocals and drum kicks in the background make it feel like Headie is making his presence felt from very early on and keeps the listener engaged.

‘GANG‘ is Headie speaking on his experiences as a younger on the roads sharing with the listener his experiences with bagging up large amounts of drugs, his father not knowing about his well-being due to him not being home for months at a time and relationships that broke-down due to his lifestyle.

Headie expresses he fell in love with “the game” once he was arrested. However, this was also a turning point for Headie as being in jail gave him the necessary time to map out a plan of how he could manoeuvre out of the direction his life was heading in.

The following track, ‘JUDGE ME’ serves as a plea to not take things that Headie has done in the past and judge his character. FKA TWIGZ adds vocals asking to be held and loved instead of disregarded for any mistakes. Although very short, this interlude is very powerful with it’s anti-climax ending which leaves the listener yearning for more.

The single for this mixtape follows, ‘CHARADES’. In this track Headie questions his decisions on the road and questions how many people has gang culture claimed. He speaks on rival gangs, youngsters who are wanting a chance to impress olders, at this point in the tape that Headie begins to question a lot that has went on in his life.

Following this we get ‘SMOKE’. Jamie XX brings a very moody but yet energetic vibe to the track. In this track Headie repetitively talks about the  nature of the life that he is living. When the track kicks in we hear Headie repeatedly say; Smoke, dust. Phones, drugs. Soc’ Cuffs. No Love.

Throughout the track Headie expresses various problems that have occurred due his decisions in life as he talks about a broken relationship, lonely nights, no support from friends, trust issues and how nobody is really there for him when he needs them most.

SOLDIERS begins with a message from Fred telling him he’s not got long left, Sampha’s feature comes in blissfully and adds beautifully to the sympathetic tone the song is trying to give off.

The track acts as a change of direction for Headie’s new path but also an informative insight to a younger demographic that could be going through the same trials and tribulations Headie has faced previously, acknowledging that all he has done in the past is solely on him and isn’t trying to avoid his share of the blamed also stating that although he has been down in the past he is now marching forward and is going to be stronger than before.

On this album I wouldn’t really say there are any glaring negatives that stood out to me. If I was to be very harsh on the tape the only thing that sometimes can feel a bit much is Headie’s use of auto tune as I feel like sometimes especially within a track like Know Me it falls flat. However, apart from this.

Perhaps we could have seen a track similar to what was previewed with Kenny Beats.

My only negative is that this isn’t long enough as this is only 8 tracks with 2 interludes, Because of this I feel as though  I have a more understanding into Headie’s life but somethings I’m still unsure about. Maybe he’s saving a deeper dive into his life for a full album release?

The Path Headie faces now is a lot more clearer for him as though he now has a better understanding of not only his impact on a younger generation but what he can do within the U.K music scene and is not going to box himself in to the category of just a “Drill Rapper” but he is an artist.

GANG as a whole isn’t what Headie One’s usual listeners would expect from him and that maybe due to the influence of Fred Again. However, with the right tweaks and using auto-tune only when necessary if these two do link up ever again in the future it is definitely something that I will be rushing to hear.

More of the same please.