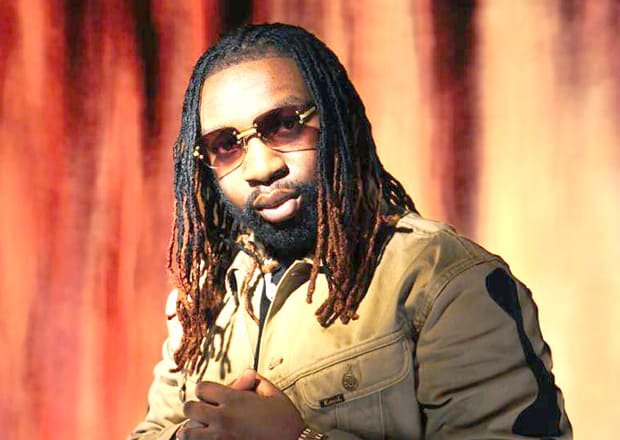 Although it’s the beat that (arguably) makes a song, artists’ lyrics and melodies can further make or break it. Producers are further showcasing their talent through creative control; they’re releasing their own songs and albums.

Dr. Dre’s influential ‘The Chronic’ and ‘2001’ display his capabilities not only with his artist selection, but by rapping himself. Present day, DJ Khaled is renowned for his inclusivity of high-profile, heavy-hitting guest features and self-titled albums ‘KHALED KHALED’ and ‘Father of Asahd’.

The UK music scene boasts chart-topping producers; JAE5, Steel Banglez and TSB, just to name a few. Aside from their accolades earned from routinely producing music, they’ve built up exceptional discographies, whilst shedding light on upcoming artists, some have even ventured into rapping and singing. Listeners anticipate their tags before the beat drops.

Here are some UK producers who have made their own albums and/or songs:

East London producer Steel Banglez continues to prove himself as one of the leading and hardest beat makers we have, continuously echoed through his consistency, authenticity and unrivalled sounds. He has collaborated with many high-profile names within the UK’s music scene; Mist, AJ Tracey, Yxng Bane and many others.

Banglez has accumulated a number of smash hits including ‘Bad’, ‘Your loving’ and ‘Fashion Week’, which all reached peak chart positions. “Blessed to be able to put together two of the hottest artists in the UK scene right now”, Banglez has recently created another banger ‘Blama’ featuring Tion Wayne and Morrison, with a flaming music video to match.

Music videos are helping put names to faces, producers are no longer cameos, they are the main star of the show.

Renowned for producing hits and working with well-known artists like J Hus, NSG, and Dave, acclaimed producer, JAE5, has also tapped into singing when making his own music. The UK musician has forged his artistic style in the music scene, through stapled melodic tracks in his productions. JAE5’s popular type-beats usually consist of unique sounds, austere simplicity and pure afro-beat vibes.

These elements are reflected in the musician’s first single ‘Dimension’, which features UK Grime legend Skepta and Nigeria’s very own superstar, Rema. The track captures the afrobeats essence with Rema’s angelic-like harmonies, whilst still including UK vibes, greatly conveyed through Skepta’s in-depth, short and bouncy lyrics. Being JAE5’s first single, the song achieved its success through his creative and musical direction, from the video being shot in Ghana to the precise artist selection.

The producing duo have been in the game for a long time, and with how music is constantly evolving, ill Blu have had no problem adapting to new sounds in their collaborations. They are famed for sampling and remixing popular songs with another genre, they have that “Magic”‘ touch.

Their most recent album ‘The BLUPRiNT’ establishes them as more than just producers, but tastemakers also, conveyed through songs album such as ‘Magic’ ft. OFB: Bandokay & Double Lz and ‘Dumpa’ ft M24 & Unknown T. iLL Blu’s archetypal sounds consist of bouncy and funky beats with a few melodic samples. In ‘Dumpa’, they sampled Jamaica’s very own, Vybz Kartel’s ‘Dumpa Truck’ which is bashment, then mixed it with a drill based beat and soul vocals.

South London producer TSB holds a secure spot in the game, he has earned his reputation joining forces with notable artists such as Headie One, J Hus, and MoStack. TSB recently pursued his own music career with the bouncy, mellowed ‘Jagged Edge’, featuring the well suited UnKnown T and M1llionz.

TSB preserved the sound of the past past and fused it with the present. Unknown T explored the romance of old school R&B with the aggression of drill: “I was swinging my jagged edge at the opps…same day I came back to you” and M1llionz light, gentle cadence over a fluteful, harmonical yet drill type beat, is genius.

South-London’s very own, Dave who has amounted so much success and achievements in his musical journey throughout the years, as a rapper, has also dabbled into the production side of music, as he is credited as an executive producer on Fredo’s second studio album ‘Money Can’t Buy Happiness’, whilst also being featured on the album’s biggest track, ‘Money Talks’.

Dave is known his story-telling songs and putting his guard down in his own songs like ‘Lesley’ and ‘Heart Attack’, to name a few. So, it was expected for  this to somewhat be mirrored in ‘Money Can’t Buy Happiness’ with songs such as ‘Blood in My Eyes’ and ‘Aunt’s Place’.

Intertwining international flavour and UK homegrown artists in most of his productions, UK producer The Plug, displays these huge collaborations in his 2019 album, ‘Plug Talk’, which features some big time rappers with the likes of Roddy Ricch, Lil Baby, Youngboy Never Broke Again, 67, Chip, D-Block Europe, and many more!

One of the best songs to come from the album is ‘How It Is’, featuring Chip, Roddy & Yxng Bane. The producer’s  proficiency in making bangers is elite, as he is able to bring in so many high industry names together on the same tracks/ album, especially artists who many have wanted to work together for so long. In contrast to most producers, The Plug tends to work on his own music more than producing beats for others.

Earning his spot as one of the UK’s hottest producers due to his versatile beatmaking, and working alongside prominent artists such as D-Block Europe, AJ Tracey, Not3s and more, Nyge has also established himself as an artist. The adept musician has so far come out with an EP ‘Seasons’ with House of Pharaohs and an afro-fusion single ‘Trendsetter’ which features dancehall artist Kranium and a close friend/ frequent collaborator of Nyge, AJ Tracey.

‘Trendsetter’ fits the type of beats Nyge usually makes for other artists, his choice of artists allows the success to reach a wider range of fans. As grime artist AJ Tracey’s smooth lyrics rides the uptempo rhythm and Kranium’s elegant-strolled lyrical cadence lays over the beat, it is obvious that they were a good pair for this track. Especially for the producer’s first single.

Follow 9bills on Spotify to keep up with the latest UK music!