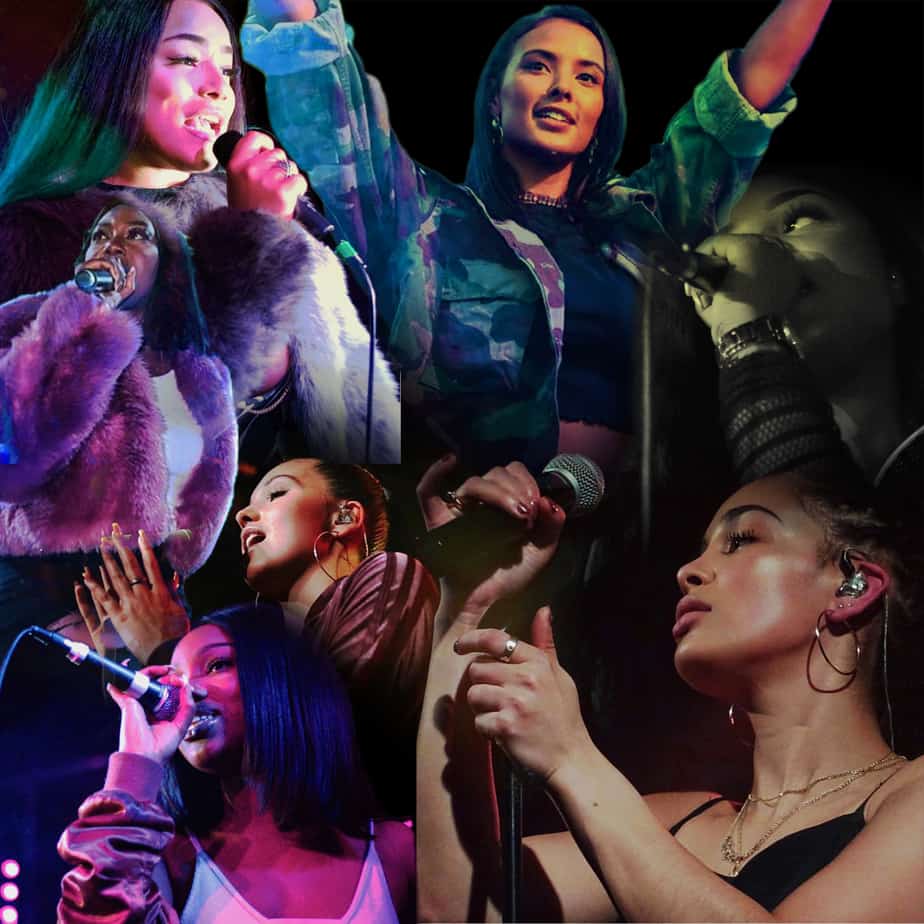 Although we shouldn’t wait for a particular day to celebrate our women, this #InternationalWomensDay 9bills takes you through 9 women breaking stereotypes and wearing the trousers! *This is a metaphor, they do wear other things too* “The type of chick you take to church, then go cunch with.” Co-signed by Nicki Minaj, toured with Cardi B and verified on Twitter today, South London’s Ms Banks is indisputably one of the best rappers of our time. Every freestyle and verse she’s jumped on, she’s dominated with the cruddiest flow, never lacks lyrically and isn’t afraid to experiment with her sound. Additionally, she has a superb singing voice; her versatility will certify her longevity. This beauty has been breaking boundaries across major mainstream platforms even before her Drake co-sign. Jorja Smith is a bold, experimental singer who has been compared to Amy Whinehouse and featured on Kendrick Lamar’s curated playlist for Marvel’s Black Panther. This Scandinavian singer stole the show with her hit ‘finder’s keepers’ feat Afro-swing pioneer Kojo Funds. She’s been noted as one to watch by the Guardian and has been boasting her beautiful voice ever since! Manchester born IAMDDB has her own unique sound which she describes as Urban Jazz; the infusion of the grimy trap sound and soft, soulful jazz. The 21 year old is now seen as one of the brightest rising stars. She infuses her Portuguese and Angolan roots in her music and lets them shape her persona as an artist. She travelled Angola for 6 months with her father’s Jazz band as a method to overcome some of her own personal issues and prove to herself that if she can do it there, she can do it anywhere. Guaranteed IAMDDB is definitely a wave that’s going to keep rippling. A Dj & Radio Presenter for Beats 1, Julie’s accolades are #goals. Former presenter on Rinse FM, created and hosted TV show ‘Play It’ on Channel AKA, hosted Noisey’s Grime Karaoke, wrote and presented Skepta’s ‘Greatness Only’ documentary (cute), listed on Forbes 30 under 30 and NME’s 500 Most Influential People in Britain, also an undercover singer on Instagram, we could go on and on. She’s a great example of someone who didn’t have a plan but made the most of the diverse opportunities around her and continues to flourish.

Julie Adenuga is a mood 🎊 🎉 pic.twitter.com/dRkBtdlNgf

Rapper, singer, actress, Simbiatu Ajikawo commonly known as Litlle Simz is an english creative originating from Islington, London. Recently she performed as the opening act for the Gorillaz during their Humunz Tour. She also featured on the Super Deluxe version of their album “Humunz” on the song “Garage Palace”. 2 Albums deep and Simz is showing no signs of slowing down, her debut album; A Curious Tale of Trials + Persons released in 2015 via her own independent label: AGE: 101 Music. This ranked no.20. She then followed with her 2nd album Stillness In Wonderland in 2016. What hasn’t this young woman done?! Presenter on JumpOff TV, Sky One, FIFA, ITV, ITV 2, 4Music, Channel 5, MOBO Awards, Brit Awards. DJ on Rinse FM, at numerous big brand events and now on Radio 1. model for Maybelline, Adidas, front covered Women’s Health Mag, featured in Vogue and many other magazines, every newspaper. Comedian on Snapchat. Dabbled in Acting. Every time you blink, Maya is up to something different, does she even sleep? Quirky, real and talented. 3 things Yinka Bokinni is but that’s not all, she’s also a London based presenter, DJ and Blogger. Yinka tried her hand at hosting the breakfast show on Rinse FM where she learnt how to DJ. In 2016 she secured herself a job on Capital XTRA and her own daily tv show on Channel AKA. Yinka studied a Law degree from University College London where she realised she had no desire to be a lawyer. Turns out the music industry was her calling. ‍ Branded in UK culture as a flagship artist, Stefflon Don’s diverse and unique sounds, vibes and images
have brought a fusion of cultures to the forefront of the urban scene. Whether she’s throwing lyrics with Giggs or spitting a Jamaican dance vibe, her collective remains sexy, attention grabbing and lyricaly genius.

Stefflon Don actually dropped some bangers before she blew up from ‘Hurtin Me’ 🤔🙌🏽 pic.twitter.com/g5UriLVtxS