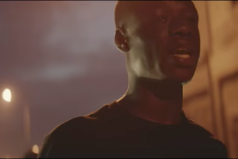 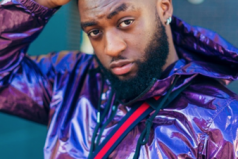 Having made a buzz with his first few releases, rising 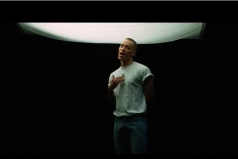 After a brilliant reception to debut ‘Fever Thoughts’ Louis III

by 6Pad on April 19, 2020
Share On FacebookShare On TwitterGoogleVk

In February 2019 the scene was saddened to learn that the underrated legend Cadet had passed away whilst on the way to a performance. A year later we were delighted to hear the announcement that an album was finished and would be released on Cadet’s behalf…

To start, given the circumstances it is understandable why this was given to fans as it could be seen as some form of closure. However, overall ‘The Rated Legend’ didn’t disappoint but didn’t exceed expectations either..

‘Take the Wheel‘ starts this album off with an angelic approach and adds to this further as Cadets words seems in parts as though it was penned after his passing. The featured artist who unfortunately isn’t credited sings towards the end of this track blissfully.

‘Dope Boy‘ follows this and gives us a brilliant Young Adz hook who graces the track with his high pitched vocals and slurred wording. Adding perfectly to what is needed on this track. It is a shame we didn’t see this is throughout the Insomnia album released a few weeks ago with Skepta & Chip.

‘Still’ is one of the more fun radio-friendly tracks on the album, Cadet talks about his come up in the music scene and how he is still the same person although family and female counterparts feel like he has changed up because of the attention circulating around his name. Wretch 32 adds a real nice verse and it feels like his verse is aimed around Cadets passing discussing things that we should be seeing him do.

‘Gang Gang’ a song that is Cadet rapping from the perspective of a police officer explaining to Cadet of how he abuses his power because “his gang is the biggest gang in London”.

He also aggressively confesses to turning up at parties to shut them down, “running down” youth that look suspicious and even gives Cadet some advice to tell his peers that “Even if they wear masks in videos, previously they were showing their face” so they can be easily tracked. This song is lyrically so dense and a real show of Cadet’s artistry and his ability as a story-teller further.

REST IN PEACE CADET, ALWAYS AND FOREVER ONE OF THE GREATEST! 🌹

‘The convo’ is a touching poem that is written by Cadet’s sister. She directs everything she is saying to her brother Blaine and expresses how much she misses him and she is still unable to process what happened to him. However she does go on to say that he ignited a flame in many people and the when he was “taken out” as he went from an underrated legend to a Rated Legend.

As stated previously this album didn’t exceed any expectations. However, I do appreciate that it was probably an uphill battle to get this project finished.

It is clear to me that some of the tracks were unfinished due to the circumstances and ultimately lead to songs like ‘Trust Em’ and ‘Gimme Space‘ feeling very empty as both if these songs feel as though they were some sort of reference point that cadet did a verse on and was due to go back to.

Once again, given the circumstances I do completely understand and appreciate why this was presented to fans but I do feel as though these tracks especially ‘Trust Em’ could have possibly been left out due to how un-finished this sounds which ultimately derails and puts a stain on what is a good album.

Cadet’s artistry is shown on this album in pieces and it is sad to know that unfortunately we are unable to receive any new authentic or innovative ideas from the rapper.

This is a very well rounded project but has evident flaws due to its circumstances, with that being said I feel as though everyone who was included in this project  from the featured artists, engineers and people overseeing the album they did a very good job and given fans some sort of closure that we all needed.

The Rated legend show in honour of Cadet raised £108,647.75 of which will be used towards a charity project of the Johnson family’s choosing. What do you think it should be spent on? pic.twitter.com/mcyr6wyXlx

Watch my reaction to this album in full here.. 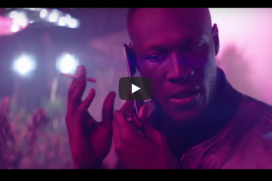 After dropping a simply amazing album earlier this year, Stormzy 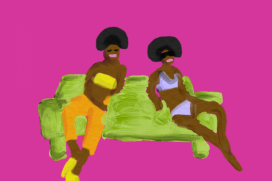 Another sensuous slow wind banger from the two dancehall dons. 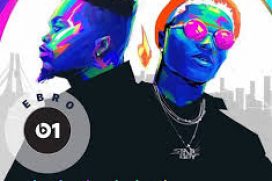