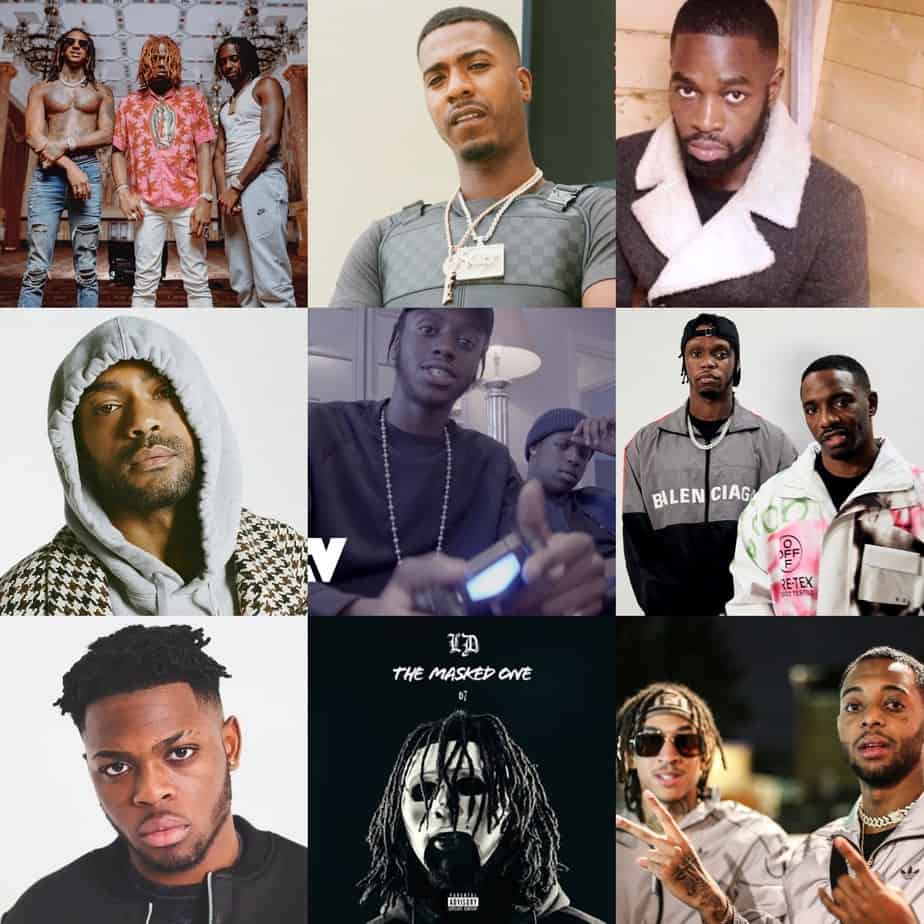 In an era of UK music, centred around popular genres such as Rap and Drill it’s easy to be surrounded by untold levels of masculinity and the need for “toughness” within a heavily male dominated scene. However, over the years many artists have pushed that narrative to the side, recording emotive rap songs for the ladies. Being such a huge phenomenon in the US, tracing back to the 90s/00’s old school R&B sound, this genre is highly approved by music listeners worldwide and it’s making its way into UK rap. Since it’s Valentine’s Day it’s only right we give you our 9bills: Top 9 UK rap love songs for your Valentine’s day playlist.

Drill artist LD from collective 67, enlists Young Adz on this track showcasing smooth flows, and delicate wordplay. Young Adz’s captivating hook is the people’s favourite, as he displays compelling melodies on the beat.

Presented on Nines’ fourth mixtape ‘One Foot In’, he comes through clean on this track talking on a special female. Nines is relatively popular for his slow tempo flow, particularly on these type of tracks demonstrating his incredible lyrical ability.

Potentially one of the nations favourite UK Rap love songs, renowned UK duo Krept & Konan deliver an enjoyable vibe on ‘Falling’. They go hand in hand on this track displaying a mixture of rap and smooth melodies.

Many people loved this release as drill rapper Headie One comes through on a different angle, displaying a sense of versatility as an artist. He showcases emotive wordplay on a drill beat produced by popular producer Ghosty.

East London rapper Mover is known for his selection of rap love songs, including others such as One Call. Mover’s distinctive flow is one of his most admired characteristics, approved by many audiences.

On his latest mixtape, ‘Training Day 3’ Potter Payper switches up his raw wordplay replacing it for softer lyrics. With a captivating Bryson Tiller – Exchange sample on the production it gives this rap song a true R&B feeling.

One of the UK’s greatest artists Kano delivers ‘Brown Eyes’, being a highly popular rap love song. Kano’s ability to fuse his lyrical grime ability into a slow tempo song is obvious, as an immensely talented artist.

One of the best collaboration tapes to come out of the UK, ‘Any Minute Now’ Yxng Bane, Young Adz and Dirtbike LB join forces. For many people ‘ILY’ is the best track on the tape!!

Since it’s Valentines Day, it’s only right we put ‘Valentine’ at the top. Abra Cadabra and Kush have made it a yearly event to come together to release a valentine day special. These two are a highly underrated Duo in the UK scene when they join forces and continue to deliver with their cold melodies.

TAP IN TO THE UK RAP LOVE SONG SPOTIFY PLAYLIST! The perfect valentines day to play this year and next.