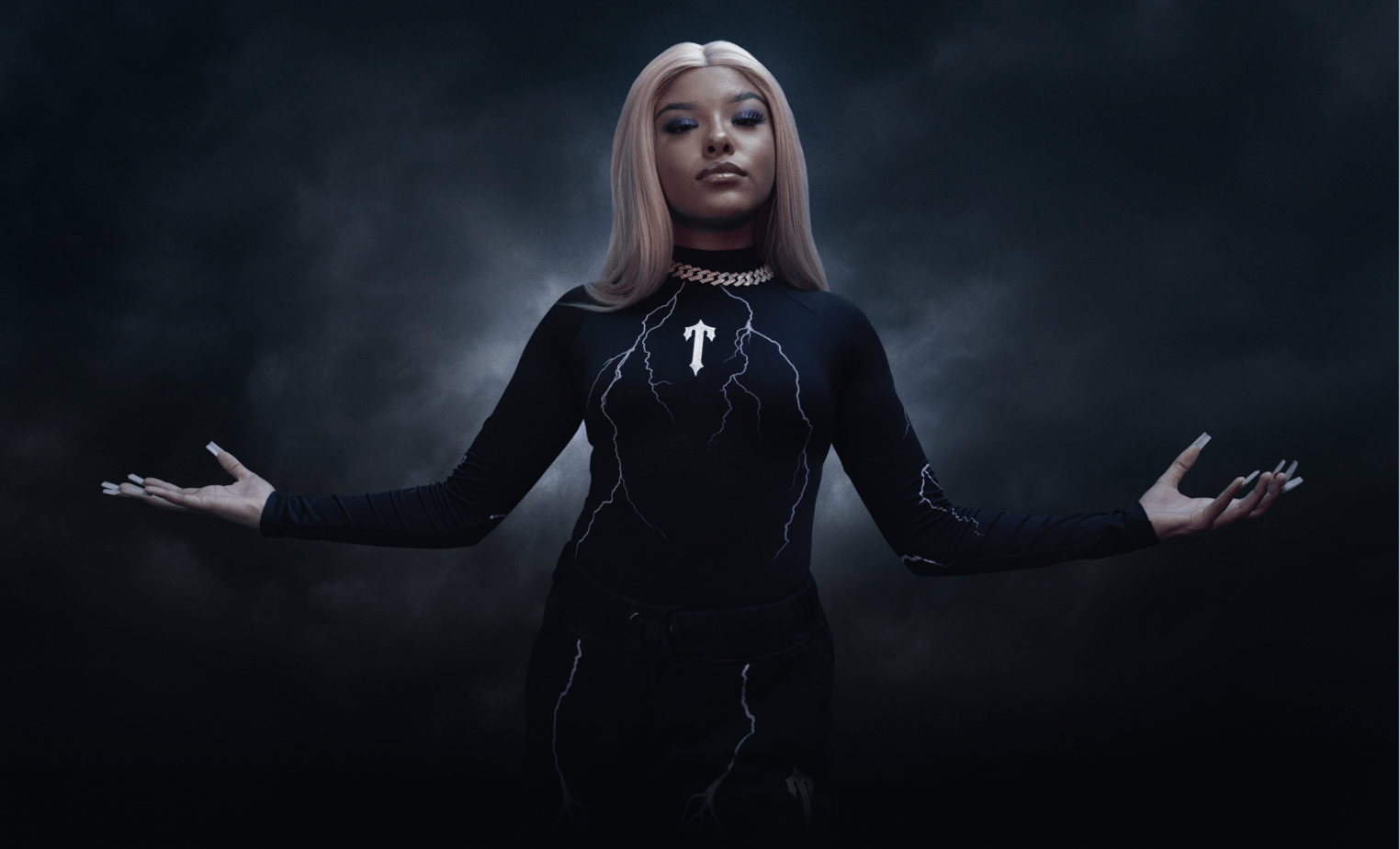 Thandie Talks: Introducing Juice Menace, hailing from Cardiff – with the wickedest flow and mentality, I caught up with this babe and talked all things on marketing yourself outside of London, her female rap style, the EP and knowing your worth when it comes to dodgy industry contracts.

Support has been coming in thick and fast for the rising star: from GAL-DEM, who named her a ‘Ones to Watch’ artist this year, to Spotify, who profiled her on the influential “Rap UK” playlist. Making London her second home as of late, Juice has been refining her pen in the studio with some of the hottest producers in the game – Flyo, Michelin Shin and SOS to name some.

With a background in photography, dance and music technology, her holistic approach to music is already putting her in a league of her own, taking inspiration from other US West Coast’s creative figures, such as Mac Dre, YG and Vince Staples.

fact 1 – The Welsh artist is only 20-years old and looks at this as an advantage to her career.

“Its been really important for me to create demand, before putting out a project  and 2020 being the mad year that it’s been I feel like I’m ready  and now is the right time – I’m only young.”

“I’ve got a massive, humble heart, but I won’t wear it on my sleeve for the wrong people” 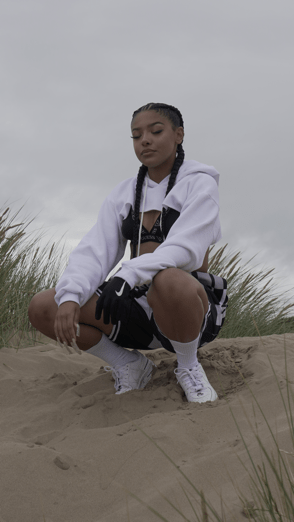 “It started off as a little joke. I was at a party, and I was failing my A-levels for the second time, and I put a poll on my fake Instagram asking for 70% of votes and I’ll upload something to Soundcloud.  I thought “Nuff man can be a rapper, why can’t I?”. The poll got 100% and I woke up hungover and confused.

Fact 4 – Juice recorded her first freestyle on Garage Band by holding her Mac up to her face.

I literally held my laptop up to my face and recorded it all on Garage Band – in one take. My manager found me on Soundcloud and asked me to come to London the next week so we could start something. I thought it was a fake account and everything. [This rap thing] just happened.

Fact 4- The 20-year-old artist is a strong believer in zero features on her EP.

No features. What was more important to me was working with producers. I really wanted to work with a group of producers that really understood my vibe and I bounced off well. I’m humble and I’m still waiting for my connecting moment – I think alot of the time, in the UK industry you get that moment with a feature – its not neccesary your moment and you just look at people like IVD for example. I’d rather do stuff completley off my own back, then I dont owe anyone anything. I wanted  this to be for me.

Fact 5 – She never says no to any genre

I never say to any genre, like my last track. I dont even know where that came from. It was like 3am and I was kinda feeling house music. The next single was my drill track – I recorded both of them back-to-back. I might type to Youtube and look for a Kanye West beat or whatever. I just love music so it’s all and everything for me. 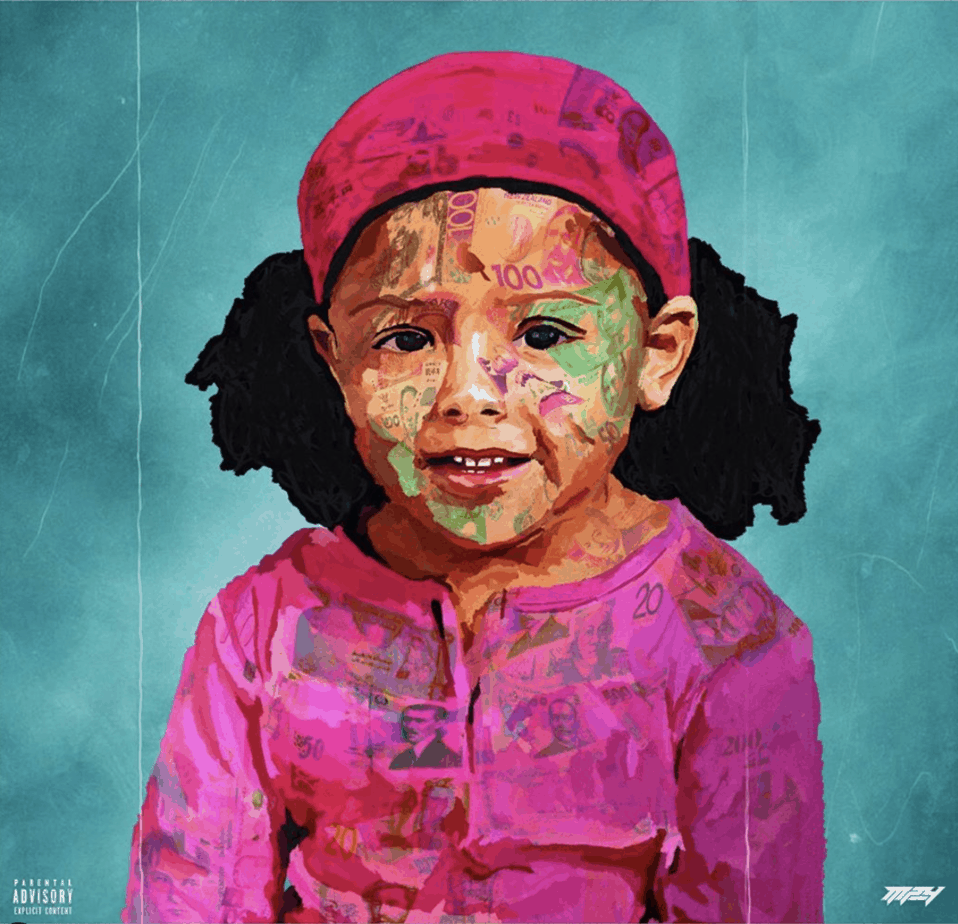 When I first found Juice at the start if the year, it was via platforms such as Girls Of Grime and BBC Radio 1xtra, Capital and Capital Xtra. Despite her new found fame in London, the artists still hasnt made the big move to the south and has had to market herself from Cardiff.

“You (Thandie Talks) will know how it is trying to get the co-sign from a Lononder. I think I’ve learnt that I’m going to have to work twice as hard to be in a conversation. I think alot of people think I’m going to have some mad accent – which I dont. I like it because it’s given people the opportunity to see that when you come to Cardiff we’re exactly like you.”

This is what I’d say to new artists. Dont every feel like you have to walk under someone elses shoes. Being independant and doing everything yourself is better. People can see the hunger and dedication more. I want longevity which means I’m not taking a cheque for no 15 minutes of fame.

Fact 8 – She’s not a love ballad sort of artist

If you’re looking for some “in my feelings music” you wont find it with Juice Menace. During our interview, we both laughed at her self titled “Female Future Hendrixx” label. A title that oozes “toxic female” energy.

Fact 9- Her latest single ” No Speaking” is Out NOW

With a self-assured and assertive 2020 so far that’s seen an impressive run of singles, the young rapper ups the ante once again on this up-tempo, quintessentially drill production. Complete with all the bass, bounce and flex, Juice shows off her rap dexterity, delivering sharp lyricism, mean flow and an unwavering aggressiveness as she is boastful about being about her business.