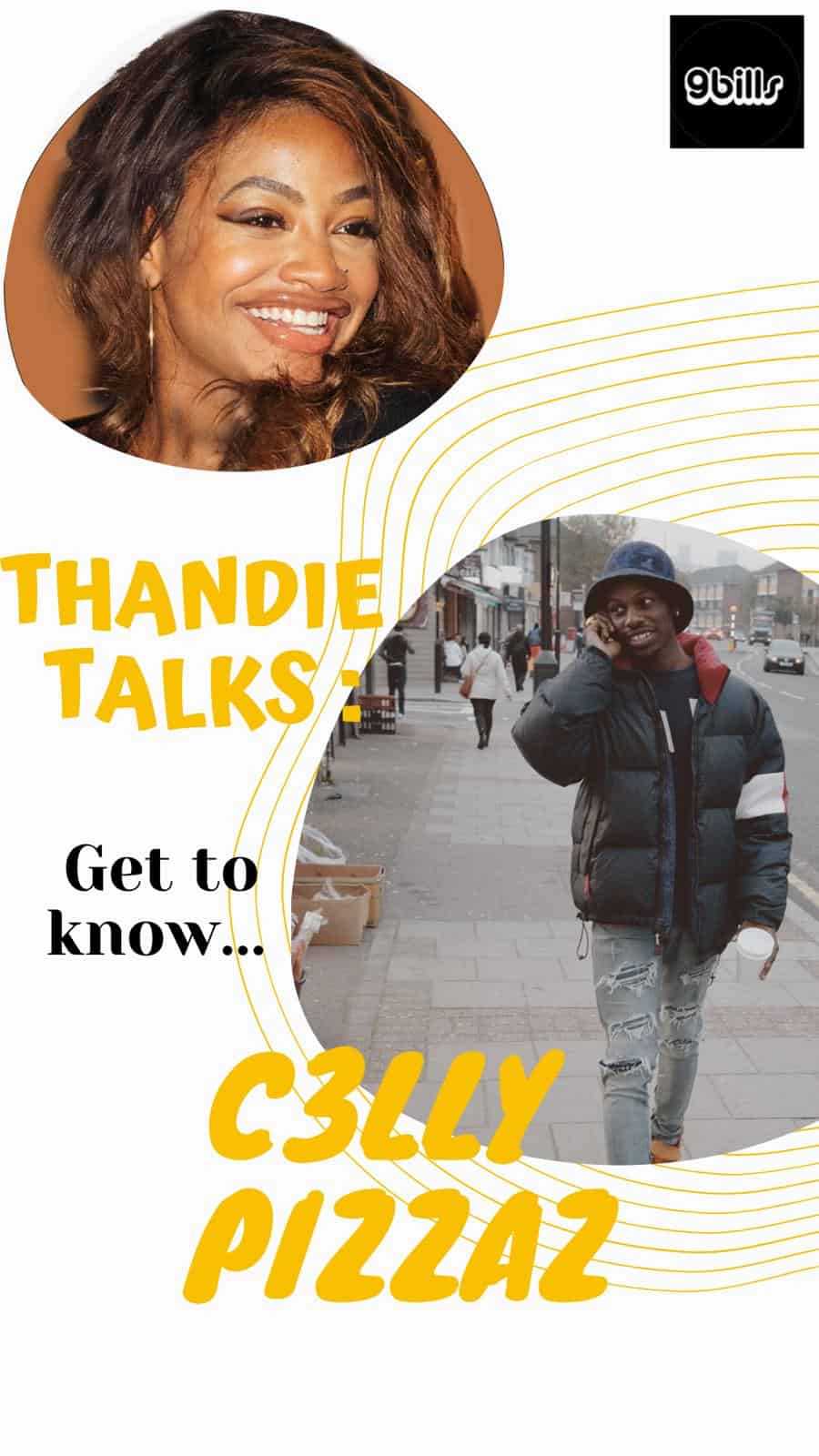 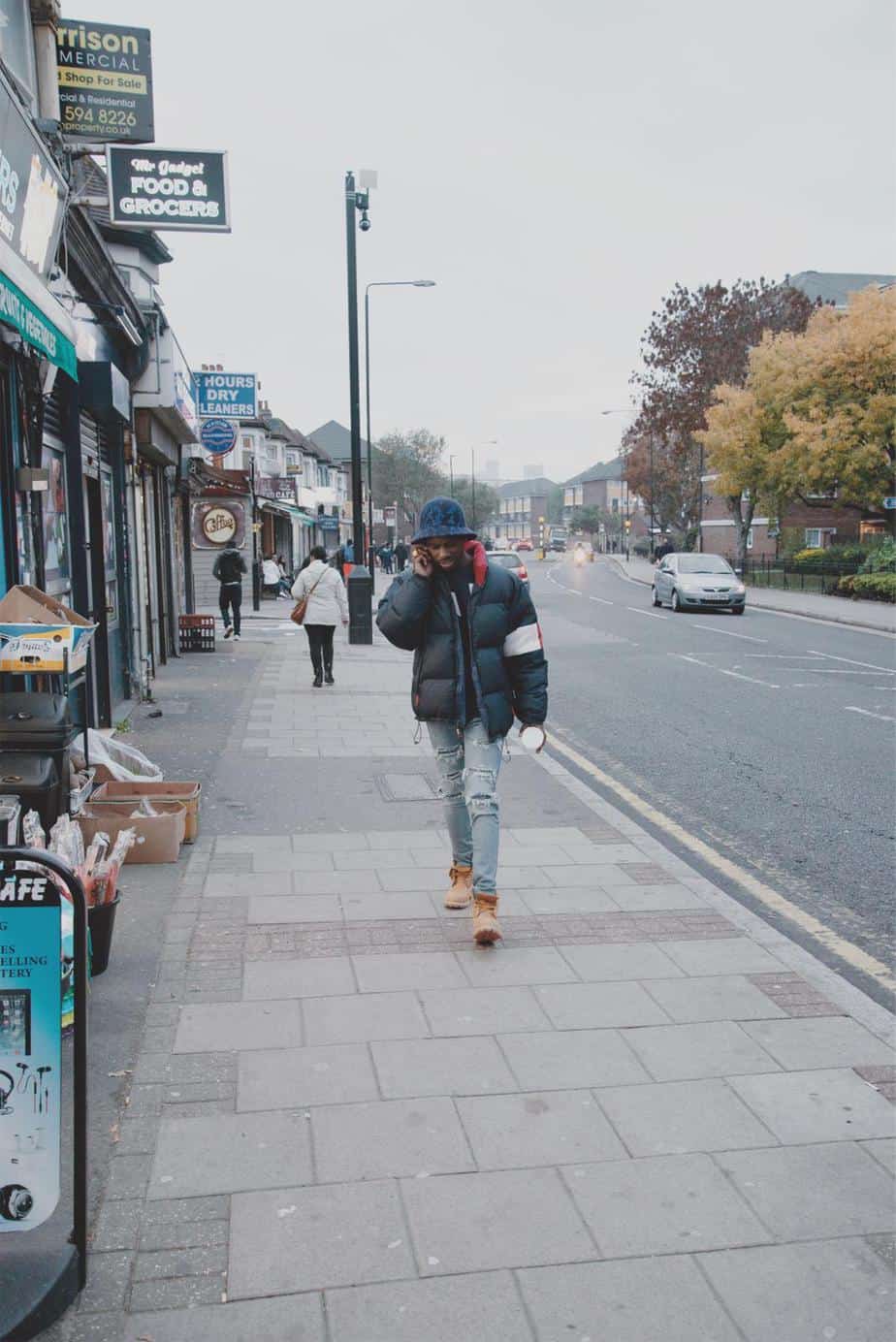 “The less that you have in your financial status, the more it enables you to think outside of the box”

For my debut interview segment titled ‘Thandie Talks’, I decided to interview a range of up-coming artists in the UK, to get to know them, and the nitty-gritty of balancing creativity while the world is at a stand-still due to COVID-19. First up, C3lly Pizzaz…

C3lly Pizzaz (pronounced cell·i· /pɪˈzaz/) is already mentally prepared for a life after the rona. Having released his first EP in the midst of the pandemic, the 24-year-old, who hails from Newham, East London is already anticipating the launch of his visuals for his freshman project ‘Street Handsome’.

Donning a yellow suit on the cover, Pizzaz pays homage to Jay-Z’s ‘Feeling it’ video and admits his style and inspiration has always been the classics over the modern. He also notes a mutual love for Soul; RnB and HipHop legends with Knucks, who is also featured on the EP. 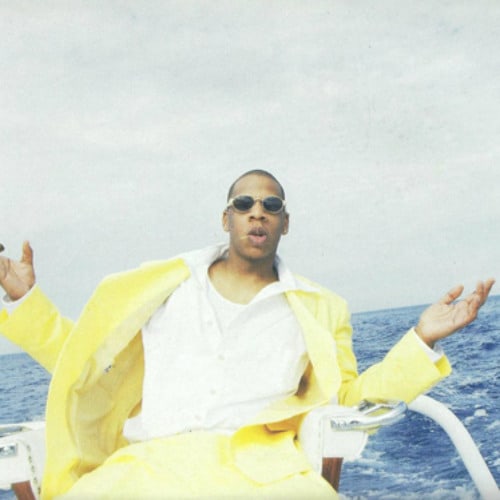 “I’d been listening to Knucks for a while, I think I’d been listening since 2015, and I’d always been a fan of him. So, when I was making the tape I was thinking who do I want on it? When you’re making a tape its quite a daunting thing because you can’t really get who you want on it because you’re a newcomer. It’s a win because the less you have in your financial status, the more it enables you to think outside of the box. So, I had a session with Mark Henry and Prince, and (it was for Lancey Foux) and I hit up Mark Henry ( because he’s Knucks’ cousin).”

[Mark] liked the idea, but he wanted us to understand each other…[With Knucks] the convo was fluent…within the next 2 weeks we were in the studio just looking into different throwbacks like Blackstreet, Redman and Marvin Gaye. We were just trying to recreate the melodic sound from the ’70s onwards.” 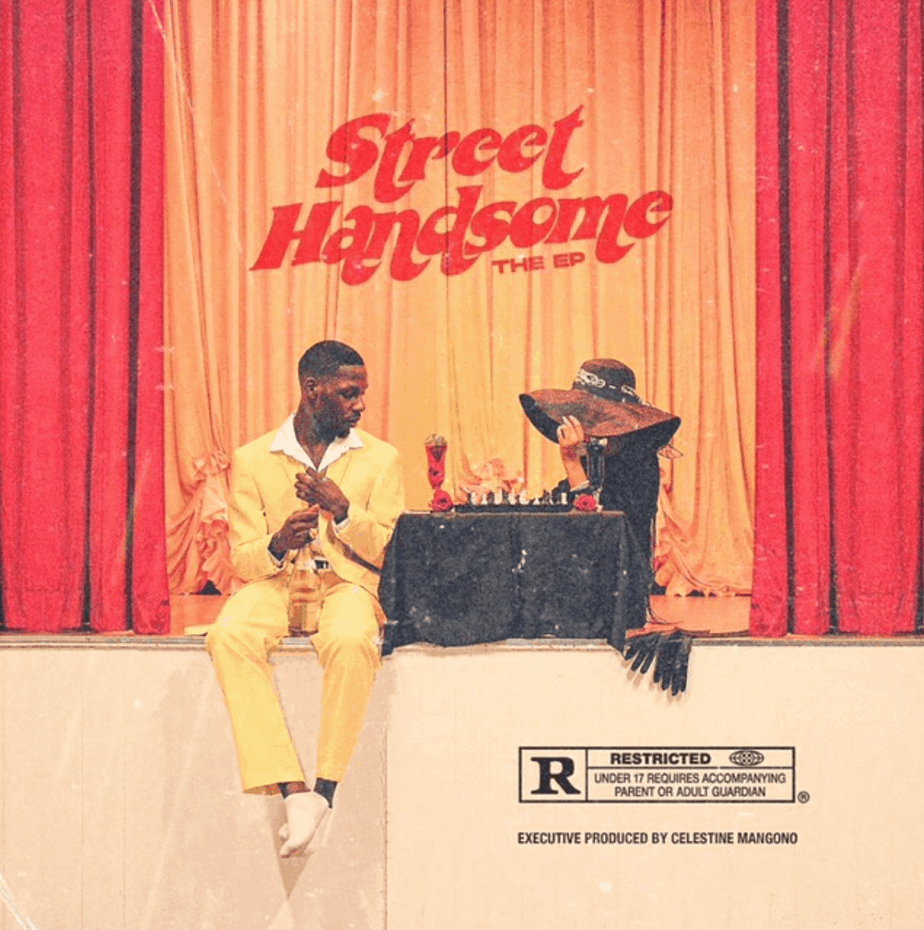 Although he’s currently self-isolating, looking towards the future, C3lly notes his ideal producers and featured artists would include a mix of UK and stateside figures. In particular, he says one of his favourites is his cousin and fellow artist Lancey Foux. It’s definitely a family affair!

“Just to let you know, Lancey doesn’t write, literally everything is straight off the dome.”

When I spoke to C3lly, he wasn’t hesitant to admit his streaming history was filled with the pioneers of the noughties, in particular, Kelis, Gwen Stefani and Justin Timberlake. The 24-year-old further painted a picture of his ideal playlist through his list of top 10 artists and producers.

Looking towards the near future, in reference to a post-COVID19 life, C3lly says his plans include music videos to accompany his EP, the opportunity to broaden his discography, and make more industry contacts. This includes a list of worldwide “dream collabs” featuring Charlie Wilson, Progression, King Combs, Kai Kash, Hitmaka, and Pharrell Williams.

While there is a pause in music production, C3lly says his hobbies include reading. In particular, he recommends James Redfield’s ‘The Celestine Prophecy’ that discusses valuable lessons of psychological and spiritual ideas rooted in multiple ancient Eastern traditions and New Age spirituality. While sharing some home truths, he admits his biggest motivation in life comes from a childhood encounter while he was still in school. 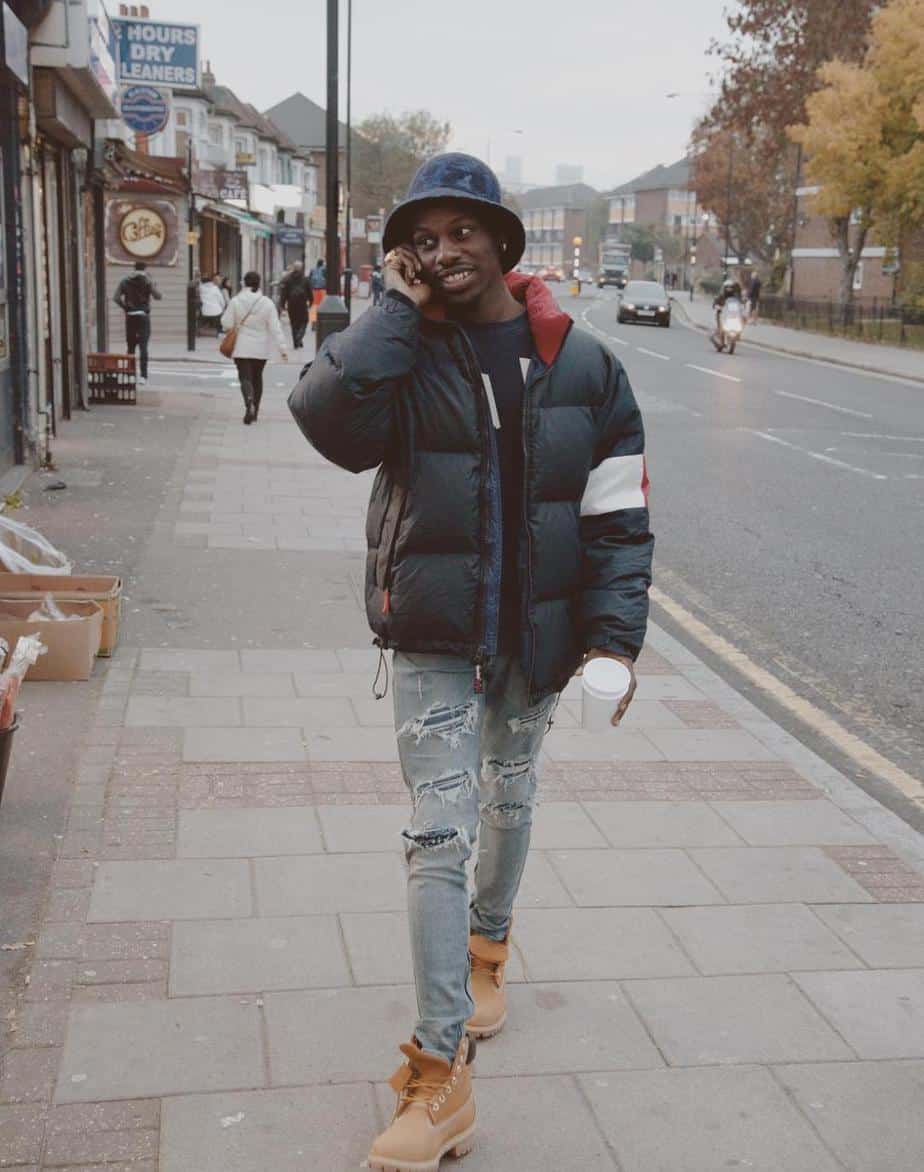 “I don’t want to spoil [the book] for you, this tells you what’s gonna happen in the next millennium. It’s about a scripture that was found in Peru. Don’t watch the movie – because it’s cap.

[My motivation comes from] a conversation I had with someone on Facebook when I was in year 9, and this footballer, you know with footballers from a young age they always had money?” he laughs.

“Well, we’re in Year 9 – we can’t even work, your pockets are screaming. We had an argument and he said something like ‘broke boy you cant feed your family’, we’re in year 9!” he repeats.

“I said cool, say no more. From that day, I screenshotted it, and I look at it all time.”

“It’s hard to market things right now because streaming has gone down due to people being at home, people listen to music a lot when they’re on their way to work. Some people are depressed because they aren’t used to staying at home. But I feel like if you can find a way to capture peoples attention in such a crucial time, then you’ll survive in any crazy period. It’ll really bring the resilience out of you…If you keep everyone engaged you will only get bigger.

“If you can find a way to capture peoples attention in such a crucial time, then you’ll survive in any crazy period”

Bringing him back to the 2020 music scene, I asked him the most important question buzzing around music reporters – Who’s the future of female rap?

“I think it’s Ms Banks. The proof is in the pudding. She’s done something that no rapper has been able to do, and if we really want to take it there, she can rap better than a lot of male rappers. New school and old school, literally, you don’t get the Nicki co-sign for no reason.

When it comes to the classics, it’s almost telling if I said C3lly Pizzaz is an old soul. When it comes to his playlist, he’s relatable in the sense that he’s taken inspiration from his millennial upbringing. In reference to his Spotify ‘about’ bio, which describes him as ‘TrapSmooth’;  I don’t doubt that he could venture out of this category and expand to other sounds. 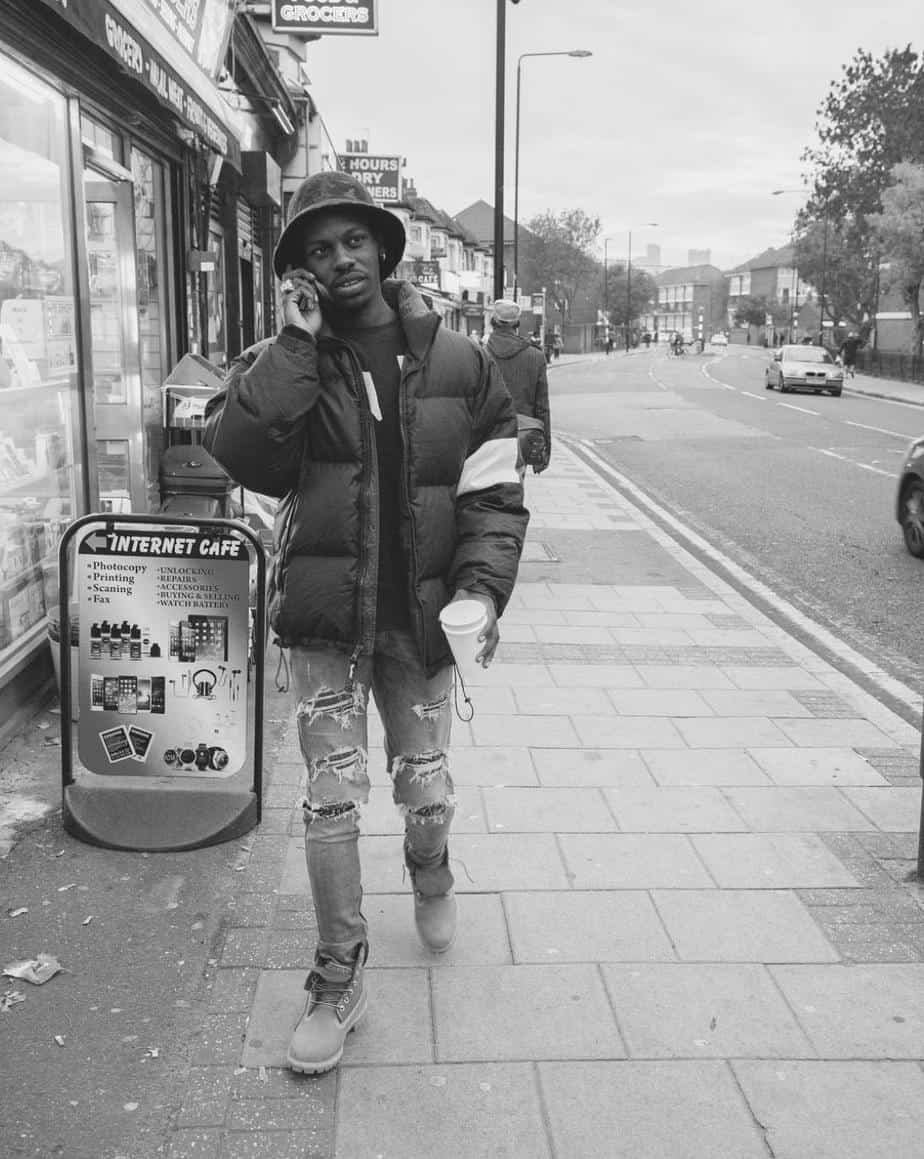 My final thought on this interview was the story behind the witty name. Why C3lly Pizzaz?

“The first time I watched Scarface, that was a name that stood out. It was the scene before Scarface becomes who he is, he’s washing the dishes because he works in a burger shop. He’s looking out across the street at a nightclub scene seeing males going in with females and their fly suits. The guy who Scarface was with said, look at the Pizzaz, he’s handsome…I’ve always seen myself as a fly individual….When I take pictures I want people to use them in the next decade to come.”