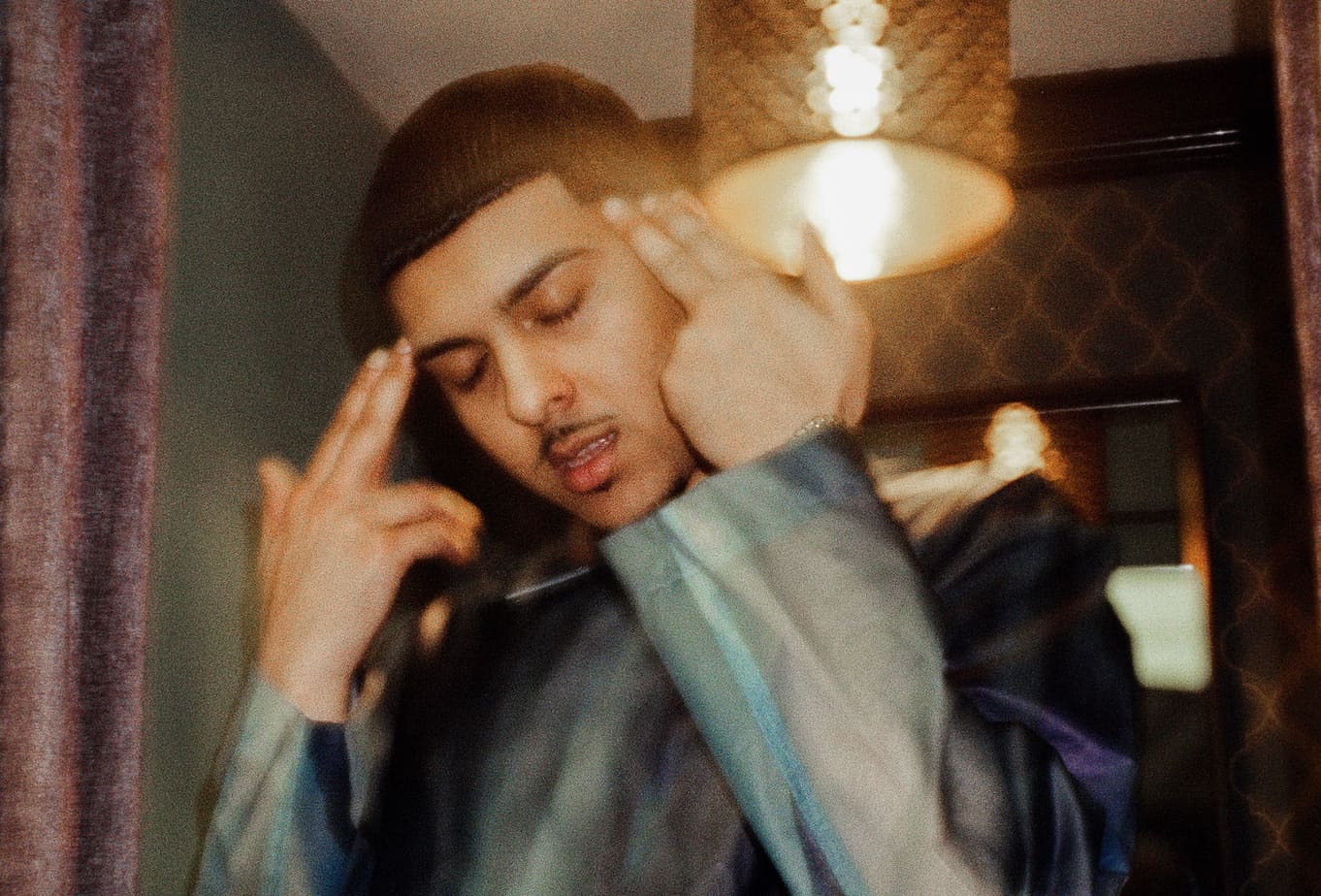 SVMI is an artist, producer and visual creative from Manny.

Produced with his long-time collaborator LiTek, who has also worked with Slowthai, Pa Salieu and Bugzy Malone, with additional production from RDNM Beats (iamddb, Aitch), the 7-track Ma Mood EP sees SVMI delivering a melodic rap masterclass, underpinned by his addictive vocals, relatable lyrics, infectious flow, vivid storytelling and pop sensibilities, from the confident opening track ‘Intro’ that set the tone for the project, to the introspective closer ‘Feel Alike’, where he bares his soul about navigating the minefield of trying to make it as an artist.

At the centre of his Ma Mood EP, SVMI is in braggadocious mood on the smooth and bouncy ‘Milan’, while the infectious ‘Quidditch’ captures SVMI at his melodic best, with a chorus that will leave you singing “got me flying up and down like it’s quidditch” in your head, long after the song has ended. ‘P.O.P (Hold It Down)’ returns to bubblier territories, with its bouncy bassline, lush synths and SVMI’s catchy flow, while the rising star double downs on his catchy flow with the effervescent ‘OFC’, delivering a glorious listening experience throughout the project.

Speaking about the inspiration behind the Ma Mood EP, SVMI says, “this project means a lot to me. It perfectly showcases my creative sound and speak to the person I’ve become over the past few years. Each song feels autobiographical for me because they are representations of my mood at the time they were being made, and they capture those moments in my life quite vividly. I also wrote and recorded some of these songs as far back as two years ago now, so it really does show my progression not just as an artist, but as a person”.

Having broken into the scene in Manchester as a teenager creating captivating music videos for the likes of Aitch and Izzie Gibbs, SVMI began making music himself a couple of years ago and has already amassed over five million plays, bolstered by his breakthrough single ‘Bait Lies’, which blew up last summer, as well as fan-favourites ‘Old Friends’ and ‘Timeout’. Championed by tastemakers, critics and fans alike, SVMI is not only one of Manchester’s new rising stars pushing the Northern music scene forward, but he is also proving to be one to watch in UK music for 2021. His debut EP Ma Mood is out now on all streaming platforms via NQ Records.