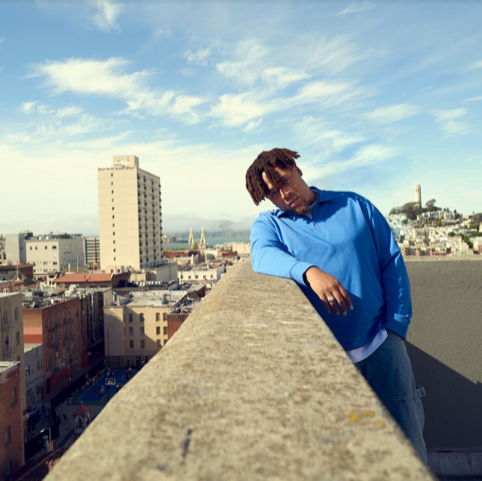 ‘Talking Stage’ is most definitely a song anyone under 30 can relate to. Jbee accurately raps about how falling in love can leave one “drained”, a “pain in your chest that you can’t explain” and regretting the time you spent someone when you could have been using it to improve your finances. There are so many more unmentioned sub topics to unpack and the key-changing rndrill production really pulls at your heart strings, yet, it simultaneously reminds you of the G you are which is needed to move on.

Probably one of the most particular and sweetest voices to grace the afrobeats circuit, BNXN fka Buju doesn’t hold back in giving us more solo gems. Although it feels like his ‘Sorry I’m Late’ EP dropped yesterday and we’re elated by his recent feature on Pheelz’ ‘Finesse’, ‘For Days’ reminds us why we instantly forgave him. Not because of his talent alone, but we know how much it sucks when someone you like hasn’t called you for days.

“Every time she smiled her eyes screamed for help”, the imagery depicted by Mowgs’ unmatched storytelling ability in ‘A Girl from Erdz’ is insane and will have you involuntarily making up a short film in your head. Mowgs narrates the tribulations concerning a girl from Erdington through rap, emotionally supported by powerful synths and uneasy bass kicks.

Your favourite rapper’s hook queen, Sharna Bass, enlists Arz for an interlude named after him which can be found on her recently released ‘Imperfections’ EP. Another modern R&B hit blended with hip-hop and lo-fi soundscapes, the mellow track bounces between Sharna’s silky tones and Arz’s unguarded bars as the two explore the sultry story of a new relationship. Enveloping the complexities felt during a burgeoning romance, Sharna’s take on a universal experience offers a glimpse of the raw vulnerability that lies at the heart of her music and her appeal.

‘Eskimo Music’ is fuelled by bright synth lines, synthetic trap percussion and snappy rhythmic patterns. Indie-trap artist ION’s undeniably catchy flow adds vital texture to this chilled-out, hip-hop affair with inspiration taken from the lives of the Inuit people (Eskimos). The playful trap-infused beat combined with the friendly and captivating lyrics reveal a track that is destined to have listeners replaying time and time again.