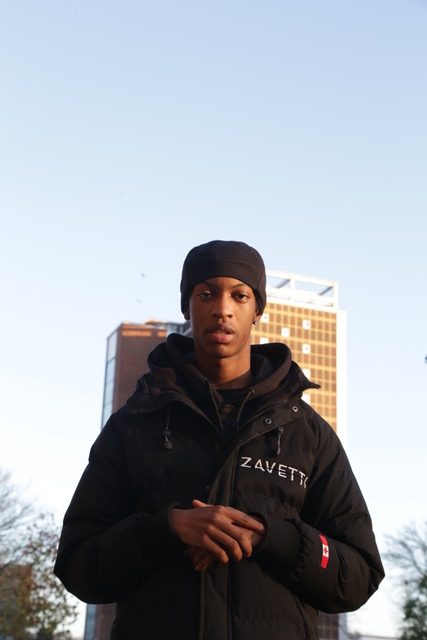 Brandz ft ZieZie – On Me

UK rap and R&B rising star Brandz has linked up with eclectic rapper and singer Ziezie for his brand new single and EP focus track titled ‘On Me’. Speaking about the inspiration behind the track Brandz says, “The song came about from ZieZie and I wanting to put more focus on R&B as a culture in the UK, and when I was in LA last year, I sent this track over to ZieZie, he sent his verse back to me in an hour, and the rest is history. The song is about that special feeling you get when you see that person you’ve fallen for!”

Joining forces with fellow SlumvilleO members RSL and Booga, Kayem2x continues his excellent form with an addictive offering, taking turns to trade a series of slick verses over hard-hitting, fast-paced production. Currently spearheading the new generation of UK rap, “Cheeky Wid It” further showcases their natural abilities to pen bonafide hits whilst demonstrating a musical maturity way beyond their years.

Driven by a jumpy bassline, lush piano arrangements and ethereal trap-infused harmonies, held together excellently by infectious melodic rap and gripping storytelling lyrics, ‘Midlife Crisis’ sees PsychoYP waxing lyrical about falling for an older woman, who might just be with him because she’s going through a midlife crisis. “I really wanted to tell people the kind of relationships we face right now. They are filled with broken people finding something special in each other…Their bond is formed from the need to escape and craving for intimacy.”

Since bursting onto the scene with the infamous grime collective YGG, PK has continuously pushed the sonic boundaries of contemporary grime. ‘Bad Energee’ showcases the Camden native’s classic unrelenting kinetics and complete creative capacity. Heavy 808s and sharp drill percussion set pace as PK boldly reflects on the challenging road to his fruition.

Made for late night drives with bae as said by himself, Tantzz is on a consistent run with his latest track ‘Nothing On You’. This soothing guitar led track and perfectly mixed melodic vocals that continually stroke the ego of someone special, definitely deserves to be amongst the top songs in your wave music playlist.