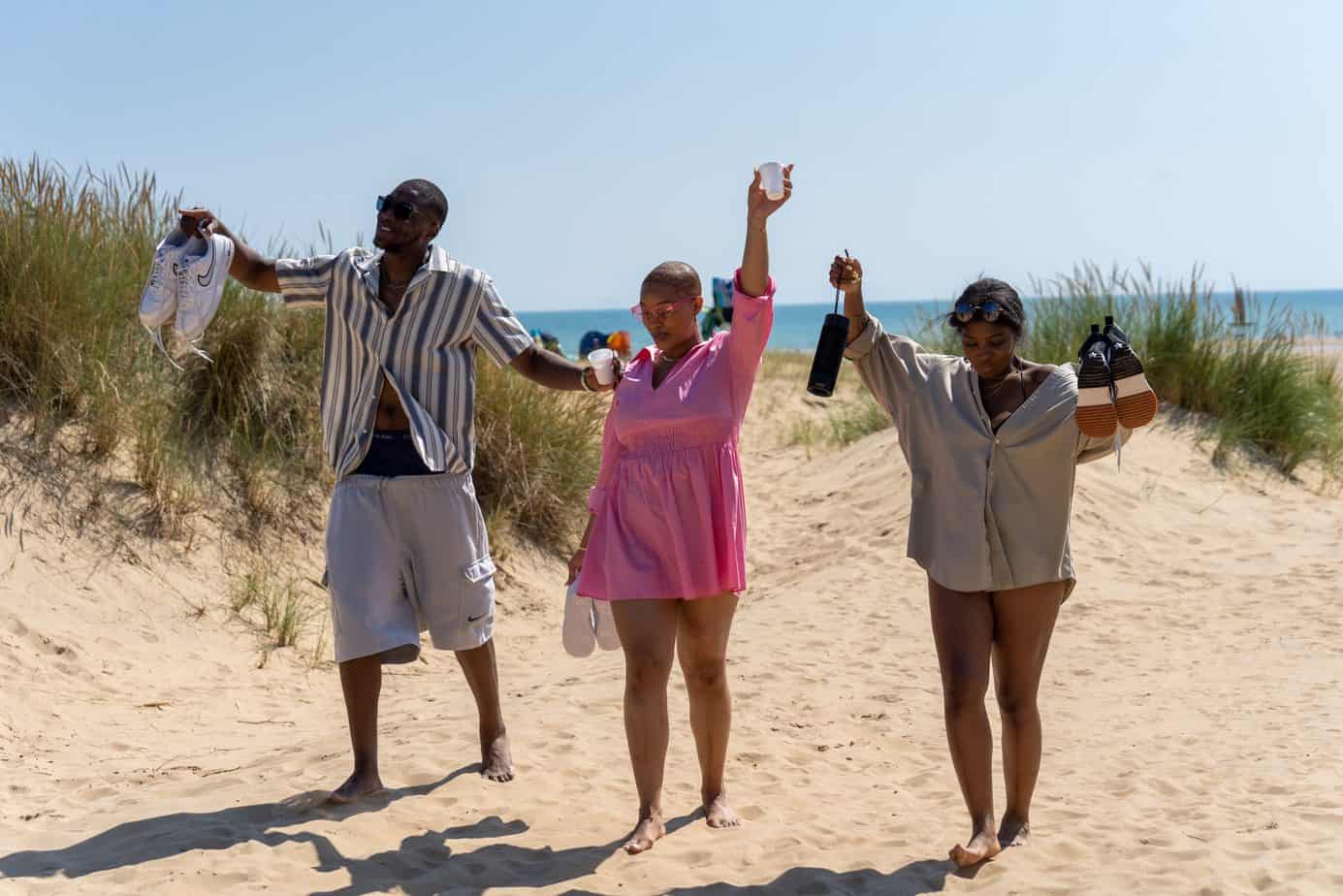 Khai is a south London born and raised artist that embodies R’n’B, Soul, House and Garage. An eclectic collection of Khai’s influences; Jill Scott, Erykah Badu and soulful undertones as a whole, are manifested directly through her distinctive sound. Along with her attention to melodic detail, Khai’s honest lyrics and mellow tone make for an emotive vibe which finds ’20 Percent’ produced by MADEINPARRIS, a common place for any ear.

“20 Percent feels like British Summer with a hint of realism, the realisation that not all that glitters is gold. I wrote 20% as a note to self to keep pushing forward whilst remembering the moments that were “character building”. It’s soulful, intimate and fun.” – Khai

Hailing from Dagenham, East London, Dammy is an emerging rapper/singer that’s ready to disrupt the industry and make his presence known. A dynamic and unapologetically raw personality with conviction in his image and what he represents, the CME x CC artist draws influence from a multitude of areas, in particularly Garage, R&B and Rap and has found story-telling to be his forte. Keen to avoid being bound to one genre or sound, the impassioned rapper/singer is inclined to work with the unexpected and avoid limitations.

“I want my music to speak for me” – Dammy

Continuing to prove his superstar ability, Dappy follows up his previous single ‘BOLO’ alongside Abra Cadabra and invites Drill favourites M24 and BackRoad Gee for an enthralling UK Rap soundtrack featuring effective riffs and percussive elements led by nostalgic woozy basslines. Having been part of the British cultural fabric since his early successful career, Dappy shows no signs of slowing down.

North London’s TRTL is back with her angelic voice of encouragement. ‘Could Be’ is the second release from her upcoming EP titled ‘Perception’, produced by JayBenJay. TRTL is an artist who mainly makes music within the R&B/Soul genre, but likes to experiment with different genres, as one of her goals is to reach and inspire as many different people as possible.

“I wrote the song to uplift people in difficult times (especially with the whole pandemic going on) and just as a distraction from the difficult situations that people might be in.”- TRTL

Written and composed by S.O. and produced by long-time collaborator and Grammy Award
nominated producer GP, alongside burgeoning Nigerian producers TBabz (Travis Greene, Faith Child, Aaron Cole) and SteveRawd, the ‘Larry Gini Crescent EP’ is a summer-ready Afropop, Afrobeats project with songs dedicated to his wife, exuding the virtues of their love and infectious head-bopping tracks that boast of the source of his success.

“No babalawo in my corner, just God putting things in order.” – S.O.

Follow us Spotify for playlists filled with more new music!