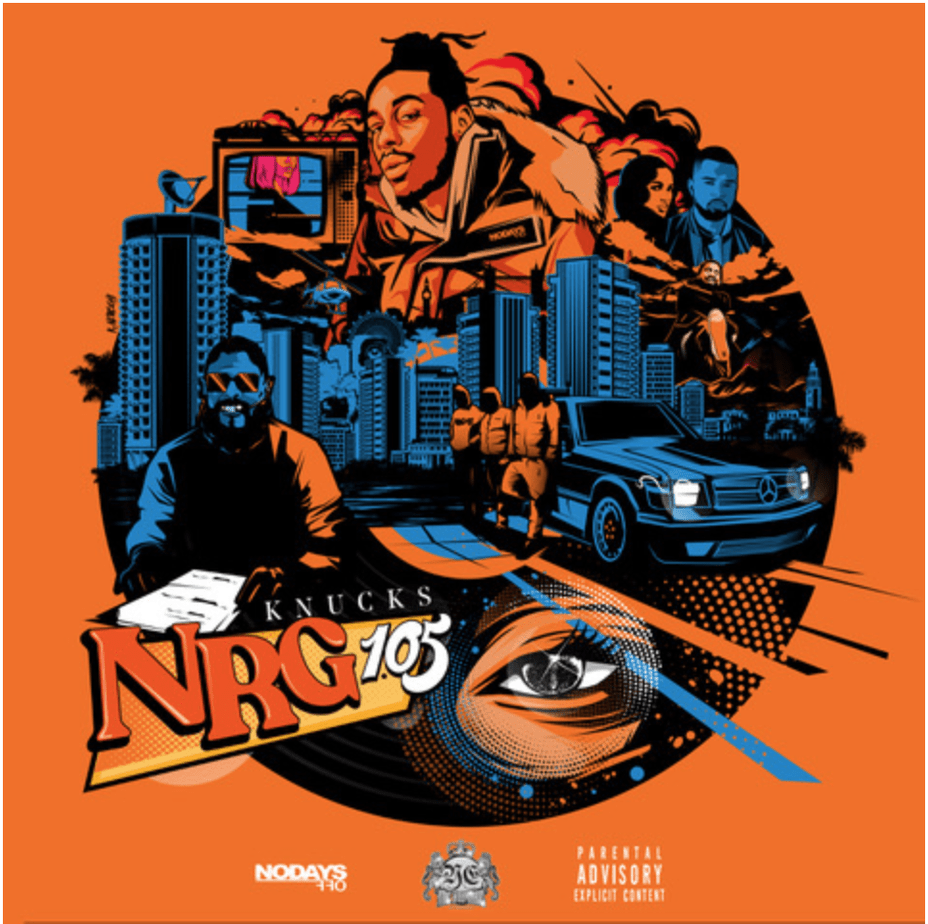 Rapper and Producer Knucks makes a return to his music portfolio with the drop of his EP, NRG 105.

A smart play on a radio show, the London-born rapper makes a play on his EP introducing listeners to his life growing up in Kilburn with ‘HOME’ but equally brings joy and quirk with the Jazz-inflicted ‘WEDDING RINGS’, a Tupac – Do for Love sample.

NRG is a highly polished piece of work that reflects  Knucks as an artist and his appreciation for a myriad of musical genres. Fans can enjoy a feature alongside Wretch 32  titled ‘DIDDY’, this heavily trap-based beat is a fantastic reflection of the 24-year-old’s rap ability.  Keeping up with Wretch 32 on a track does not come easy to many. A calm and chilled note comes with ‘BLESSINGS’ alongside Oscar Worldpeace and a hint of comedy with the Bayteze Marriage Counselling interlude.

What I enjoyed the most was the English feel of the entire project, true to the sound and features. Its clear knucks’ hiatus has clearly just been room for growth and NRG is a reflection of this.

Bursting onto the scene with mixtape ‘Killmatic’ in 2014, Kilburn resident Knucks generated a considerable buzz on account of his UK Rap flow fused with stateside R&B influences. He has since amassed over 1 million Spotify streams on hit ‘Breakfast at Tiffany’s’, before showcasing his keen ear for sampling by utilising obscure Usher track ‘The Many Ways’ on 2018’s ‘24’.