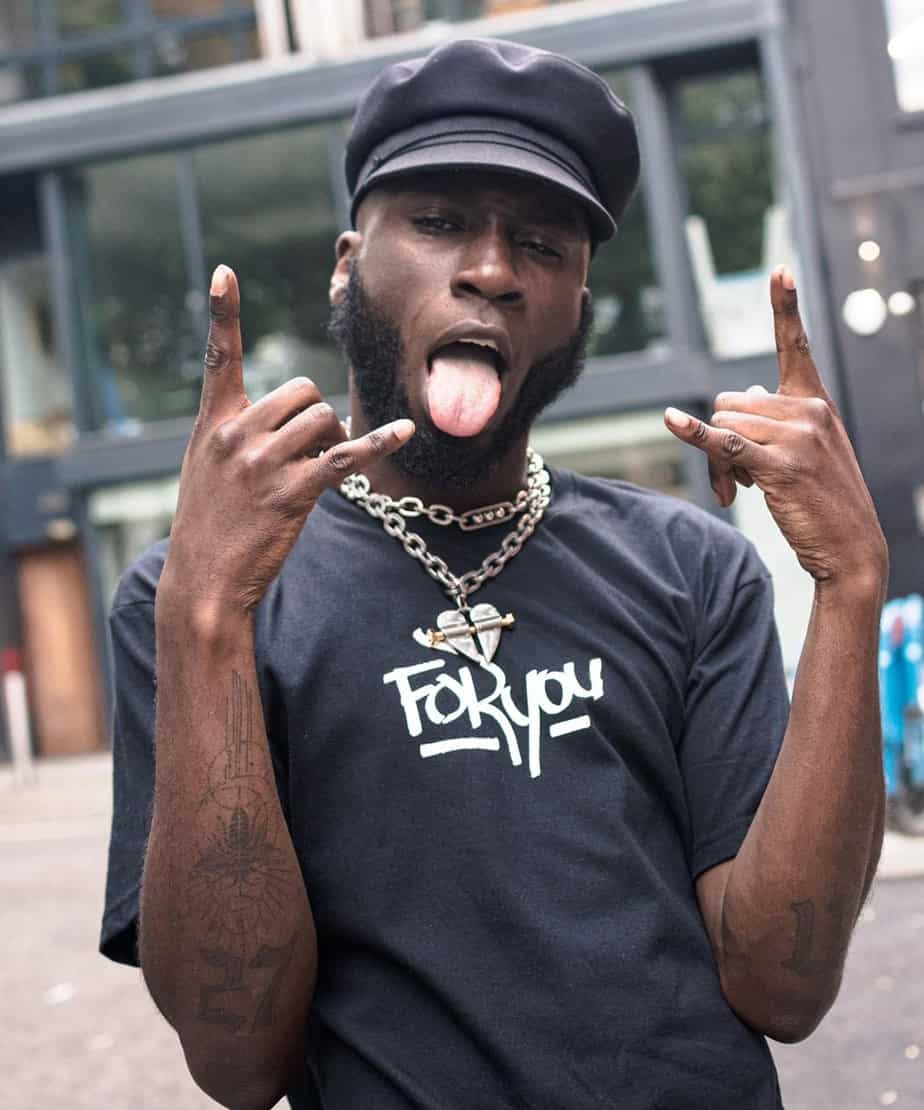 When we consider poetry, it’s easy to only think of the classic poets we learnt about at school. However, poetry is as much a part of British culture today as it was during the era of Keats, Coleridge, Blake and even Shakespeare.

Spoken word poetry is coming into its own and poets are making big names for themselves through expression. We’ve also seen US rappers like Kendrick Lamar, J Cole and Common align themselves with poetic practices.

In the UK, there are a slew of artists that are also weaving poetic flow, energy and lyricism into their music:

George is redefining what poetry means in the 21st century. Hailing from North West London with Ugandan heritage, George grew up listening to emerging grime in his teenage years. Performing rap and grime tracks since the age of 15, his heart was set on pursuing a career as a rapper. Whilst studying at King’s College, Cambridge, he found a deeper connection with poetry and found that this medium worked better with the social and political messages he was trying to get across within his work. This led to what George calls ‘musical poetry.’

George is truly making poetry diverse and palpable by adding it into a podcast format – the award winning ‘Have you Heard George’s Podcast?’. Additionally, live performances, documentaries, short films, adverts, campaigns and so many other formats. He’s been featured on tracks with the likes of Jorja Smith, Maverick Sabre, Skrapz and has released his own album ‘The Chicken & The Egg’.

Check out his ode to his childhood estate, My Neighbourhood (St Raphael’s Estate)

Known for his socially conscious and politically focused music, Akala is not afraid to tell it how it is, whether it’s through spoken word with raps or lectures, or written word. Akala has published several books, including bestseller ‘Natives’. He sees himself as both a poet and a rapper, the two blend mediums seamlessly within his work.

Heavily influenced by the work of Shakspeare, Akala has unofficially titled himself as the ‘Black Shakespeare’ and has released tracks like ‘Shakspeare’ and ‘Comedy Tragedy History’. The amalgamation of poetry within music also extends into Akala’s activism. In 2009 he founded the The Hip-hop Shakespeare Company (THSC), “aimed at exploring the social, cultural and linguistic parallels between the works of William Shakespeare and that of modern day hip-hop artists” – THSC.

Check out Akala’s first Fire in the Booth from 2011

Kojey is truly a man of many talents. He started his creative journey as a mixed-media artist, but is also a designer, creative director, spoken word artist and poet. Poetry and rap intersect very tangibly in his work and he has a sound that has been described as a mix of hip-hop, grime and spoken word. Tracks ‘The Garden Party’ ‘97’ and ‘Cashmere Tears’ are just a few tracks which sound like they are spoken word ensembles coupled with music.

When he first started creating music, Kojey focused on themes such as love, social media and religion. The release of ‘Open Hand’ in 2016, Kojey adopted a more socio political stance within his music. ’23Winters’ brought together notions of the African diaspora, father and son relationships and society, featuring an almost poetic narration by Kojey’s father throughout the project. ‘God’s Body’ shows off Kojey’s prowess, written by himself read by Michaela Cole.

Heavily inspired by 90s rap groups such as ‘A Tribe Called Quest and Slum Village’, it’s clear that Loyle Carner is making hip-hop music on his own terms and redefining the way UK rap looks and sounds like. Infused with honest reflections, heartwarming odes to his family, grief, pain, separation, love and his passion for cookery, Carner’s music is a reflection of himself and his experiences.

The art he creates feels and sounds like poems set to music. His 2019 album ‘Not Waving But Drowning’ is based on the poem of the same name by Stevie Smith, written in 1957. Carner’s sophomore album is littered with poetry throughout, the most poignant being the poetic letters his mother and himself recite for each other at the beginning and end of the album, respectively. Carner has been very vocal about the fact that he owes his lyricism to the influence from poet Benjamin Zephaniah which shows us once again that Carner’s music is poetic and has been moulded by the art form.

Check out the beautiful video for 2020 release Yesterday’s Gone

South East London rapper ENNY may be new to the scene but she’s already making a huge impact culturally, socially and musically. She’s been hailed as one of Complex’s 21 rappers to watch in 2021 and has amassed over 14.7 million Spotify streams in the space of a few months. Enny’s poetic vibe can be heard through her flow and delivery style on tracks like ‘For South’, ‘Same Old’ and ‘He’s Not Into You’.

Other publications and tastemakers have recognised the poetic undertones in her work “a socially-aware talent who can relate to a wide range of people with her almost poetic stylings” –Complex. “Authentic, organic with natural poetry like flow and lyrics that come straight from the heart, ENNY can be said to be the presence in the UK female rap scene that’s been missing” – New Wave Magazine.

Subscribe to our YouTube channel to keep up with season 2 of our Cloud 9 freestyles and to hear some excellent pen game!