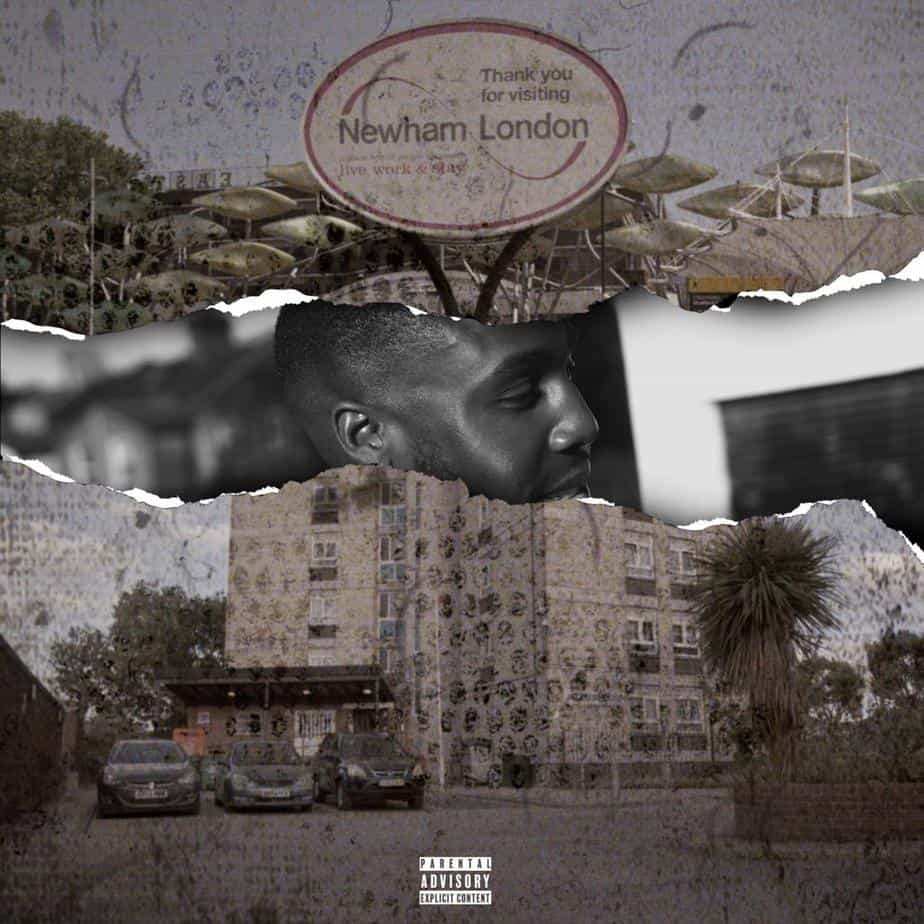 Kritz, formerly known as Kritz93, is a Newham based Rapper, and has seen his works grace the radio-waves of popular stations such as BBC 1Xtra, Capital Xtra, Reprezent Radio and many more, showing only the start of his incredible work-rate. Inspired by Meek Mill, Ghetts, Roddy Rich and a few others, Kritz won’t allow himself to be put in a box – stating there’s no need for genre classification for his music, only creating for pure vibes and feelings.

Promoted and posted by GRMDaily, Kritz has already received a huge reaction for his newest piece of art, ‘Newham City’, the banger we’re going to be looking at today. Between Ghetts posting about it, Westside Radio spinning it, and over 5000 views on his promo video on Twitter, you already know the levels Kritz has set with his one. So without any further ado, let’s get into it!

Already securing a staggering 20,000 views on the video in a week, ‘Newham City’ is a refreshing piece of real rap, stemming from his upbringing in the capital and city of London. The relaxing instrumental floats through your brain, carried by the smooth tones and easy-going flows from Kritz, helping you purely focus on the heartfelt, truthful lyrics.

Reflecting on his life and past, discussing what he strives towards and how his surroundings moulded him, Kritz is the definition of real rap in 2020, speaking strictly from the heart with no hidden agendas, pouring his true self onto the beat. The flowing transitions of the visual match the track with perfection, flipping between footage of the ends, his friends, tower blocks and regular faces you’d see around the area, helping the listeners truly understand the city and the basis of his concept.

The clever editing enhances various parts of the song, giving the audience a direct look at some of the things he is discussing, linking his lyrics to real-life places and moments. The visual encapsulates the pure essence of Newham, showcasing snippets that only certains will know and recognise, incorporated with the overload of substance pouring from Kritz’ mind and soul. Almost 2 minutes into the track, these gorgeous harmonies emerge covering a bridge section, adding a whole new layer to the production, highlighting how Kritz truly knows what he’s doing with his style and flavour.

“Let the shotty buss like the 262” is a ingenious lyric, connecting to the known route that runs through Newham, showing that even rappers who write with ease know how important it is to incorporate these relatable and smart aspects. Even people that aren’t from Newham can grasp the attitude of the area from this track, making the song incredibly well-rounded as it showcases Kritz’ skill as a rapper, and his skill-set in his creative processes as well – from how he combines various points to create an overall sensational banger and concept.

The visual is relatively simple, focusing mainly on solo shots of Kritz and shots of his surrounding areas, which helps the viewer centre in on the theme and what the artist is pushing to get across. The track can easily become an anthem for the people of Newham, as a lot of people from there or who live there will be able to relate and understand to a deeper degree.

The visual for ‘Newham City’ can be found on GRMDaily, where is has already recieved a well-deserved amount of views and likes. The audio/single can be found via all major digital platforms, more popularly Spotify.

Follow Kritz on social media below and listen to ‘Newham City’ on our Spotify playlist!