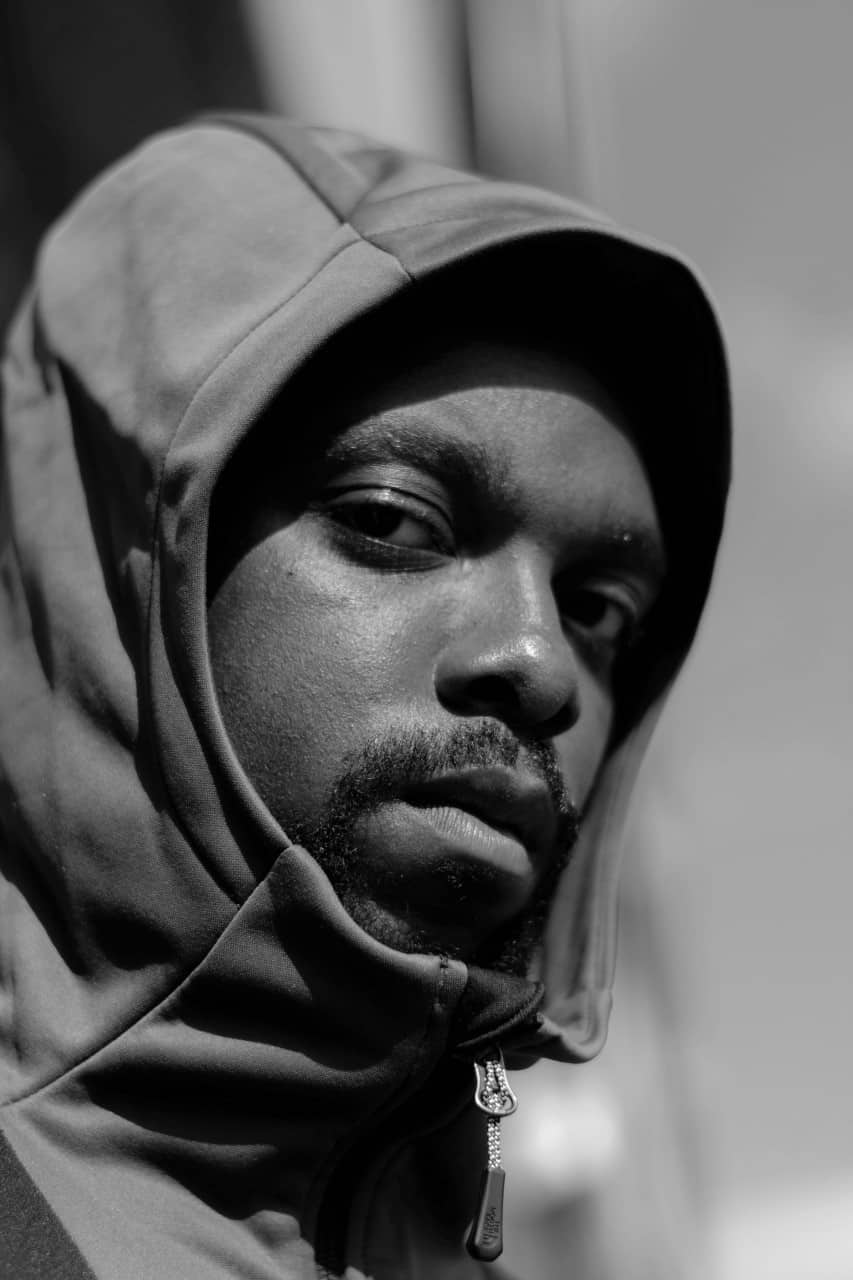 So you seem to have the support of well established artists. I was wondering how long you’ve been doing music for?

To be honest, I’ve been doing it for quite a few years, I’m talking about like, 10 years plus. I’ve had the pleasure of seeing a lot of artists come through, and a lot of artists go who I’ve learnt a lot from.

What have you learnt?

Stuff they’ve done really well and the mistakes they’ve made, you know, it’s like, who wants to be in that position? It’s given me a lot of time to analyse the game and make sure that when I’m ready, when I’m in, I’m well prepared.

So what is one thing that you say that everyone’s not getting right and making people fall off?

One thing off the top of my head, definitely consistency. Yeah, I’ve seen a few people come in, you know, made a great song, super sick, and they live on that moment. I’m hoping that’s definitely taught me that when that super high moment comes, I don’t celebrate for too long, there’s work to be done after that. The people that have that moment and continue working to create more of those moments are usually the people that I see doing well, that’s what I want to do.

I’m guessing you archive everything, because I can’t see any of your music beyond 2018 and it appears as if you drop singles like twice a year?

So first off, yeah, there’s a lot of archived stuff and that’s because, as I said I like to sit back and look at a lot of other people’s journeys. There’s always that period where people are finding themselves as an artist. Prior to 2019, I feel like I was on that journey and that’s why I put stuff away. I wasn’t proud to keep that work out there forever, I’ve left that era. But, there is a lot of stuff I have gotten rid of.

The reason why you might see that pattern is because I’ve only recently come across a sound that I know that people are willing to accept from me. Even right now, I’m just in the process of making sure I have a big catalogue of that particular sound.

Prior to that, I used to just release, one day I’d release like a freestyle that’s emotional, next day is like an Afroswing track and then another day a drill record. During that period, I didn’t know what people wanted from me. The last few songs I’ve released have actually helped me build a following, people are streaming them and now I obviously know that I need to put more of those records out.

Do you think it’s because Drill is hot right now?

Oh, yeah. Yeah, I think it is hot right now and the new generation, the young generation, they’re loving it. I enjoy making that type of music as well, if I didn’t enjoy it, then I wouldn’t do it. They like it for me, it’s just like a good relationship. And hopefully the relationship will get better.

Definitely, definitely. So personally, I feel like you found your musical self in ‘Free Flow’. You chose great artists to compliment your sound as well. What your favourite song was to make?

Erm, my favourite song to make was definitely ‘Free Flow’ because it was fun, the whole process because I was I was actually involved in every single thing, I mean, it’s fun to pick which flows I want to imitate and pick which parts of their video I want to copy.

Wait, you had no features on it whatsoever?

That’s so sick! I was thinking you tried to do a Travis Scott and keep the featuring names off the track.

‘Dirty’ is such a catchy song, when it was sent it to me I was like nah, this is so sick. Can you tell me how you came up with that hook?

That just comes from a vibe in the studio with a few friends. I put some beats on and spit what comes to mind. I never spend time sitting down trying to figure it out, you want it to be natural and easy for the person listening to remember as well.

Your last retweet funnily enough is me saying that I want you to make a video for it. So are you going to?

I’m not, no. The thing is, I actually wanted to initially, but basically I made a track that was better and put this one out, so made a video for that one instead.

Heartbreaking, but I’m sure the other song will be just as good. So what does J Racks stands for?

You know, many young guys just have that in their name, it was given to me.

Okay, How many racks do you think you have now?

Do you have that any collaborations coming up that you can disclose?

I would probably say, random, Alicia Keys. Yeah, I’d love to have Alicia Keys on a project as well. That would be a big moment for myself if you ever see that happen.

That’s a very nice choice. Speaking of projects, you said in previous interviews that you’re not ready to make one. Has that changed?

This is up to the people, when I see the people demanding it enough.

What does a day out of the studio look like for you. You said that a normal life is boring, so I’m going to assume yours is exciting?

Yeah, when I’m in excitement mode and I’ve given myself time relax. It normally involves being overseas, on a beach somewhere or a resort.

Did you easily find yourself? If you did, how?

I think I have found myself but I also think that you’re always finding yourself, every single day. New challenges and new situations happen in life which make you find out more about yourself. But yeah, I think the best way is to always make sure that I have a lot of time to myself and reflect on certain situations, how I acted in certain situations. You know how you can give a pep talk to a friend, I kind of do that to myself as well, especially when I feel like I’ve done something out of character.

That’s very good, really good. You said food never lets you down. What is your favourite food?

You know what? I’m a bit of like a food junkie so it’s like today it will be one thing tomorrow is another thing. Right now, I’m really enjoying Chinese food, that’s why I had that yesterday.

What do you normally order?

So I’m not too picky when it comes anything, but yeah, at the moment. probably Singapore fried rice with some chilly oil on top.