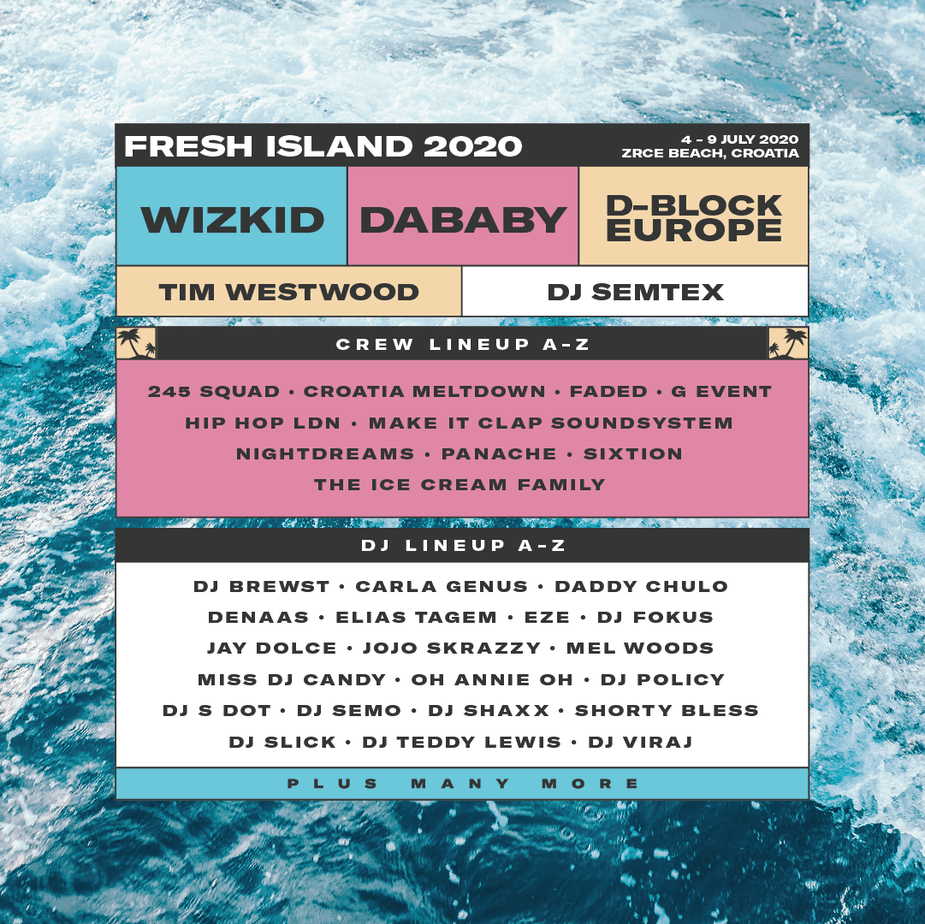 Afrobeats royalty WizKid and Grammy nominated rapper DaBaby are amongst the headliners, alongside London’s very own rap duo D-Block Europe.

Croatia’s Fresh Island, rebranded as Fresh Island Week, has announced the first lineup for its anticipated 2020 edition, with Wizkid, DaBaby, D-Block Europe, Semtex and Tim Westwood as well as a slew of further DJ talent and crews are all locked for an unmissable 6 days of sun, beach and vibes along the idyllic Adriatic shores. Dubbed Europe’s biggest and most popular urban beach festival, Fresh Island will return to Zrće Beach on 4-9 July 2020 for a non stop week long celebration of all things Hip-Hop, R&B, Afrobeats, Trap and Grime. Bringing high-energy performances from artists across the globe, as well as offering a variety of exciting activities from bungee jumps to water skiing all on one beach, Fresh Island continues to grow year on year. Topping the list of international names revealed in phase 1 who will be playing live are 3 celebrated artists representing a myriad of sounds and genres. An integral force in the global Afrobeats phenomenon, WizKid has truly put Nigeria on the map in recent years with his magnetic blend of musical charisma, elegant rhythm and message of positivity and parties. Having played 2 headline shows at London’s O2 Arena this year alone and collaborated with Skepta for their hit ‘Energy’ this Summer, there’s no doubt there will be plenty for his Fresh Island performance. 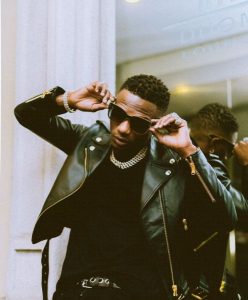 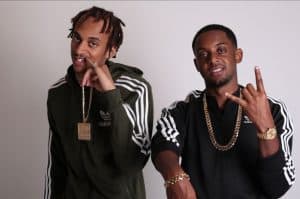 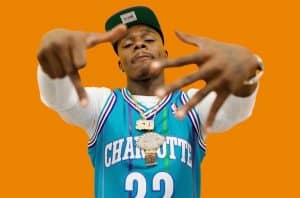 With a Billboard No.1 under his belt for his album ’Kirk’, double Grammy nominated American rapperDaBaby propelled into the Hip Hop stratosphere with his hit single ‘Suge’, rapidly becoming one of the most in demand voices in rap this year. Known for his charismatic personality, witty one-liners and quick-fire tongue, DaBaby promises to deliver a fiery performance to the croatian coastline. Joining them will be rising London rap duo D-Block Europe, who have been spearheading a sound they describe as ‘Rap Wave’ for the past 2 years. Having worked with some of the UK’s most sought-after artists including Dave, Krept and Konan and Yxng Bane, plus collaborations with American rappers Offset, Lil Baby and Rich The Kid, D-Block Europe continue to prove their versatility and world-wide appeal. Crowds can also enjoy sets from a packed DJ bill headed up by a trio of legendary selectors and radio broadcasters. The award winning Semtex has long been at the forefront of UK Hip-Hop starting his career in pirate radio, culminating in presenting his own weekly Spotify podcast ‘Who We Be TALKS_’ and fronting Capital XTRA’s Friday Night Hip Hop show. He will join iconic radio host Tim Westwood on this edition’s bill, having also cut his teeth in pirate radio, Westwood then became the first ever host of the BBC’s ‘Radio One Rap Show’ in ‘95. Expect 5 hours of certified bangers from the rap aficionado as he returns for his infamous pool party; a true Fresh Island staple. 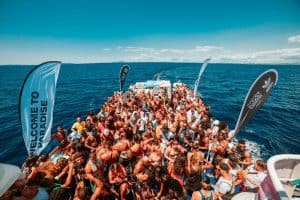