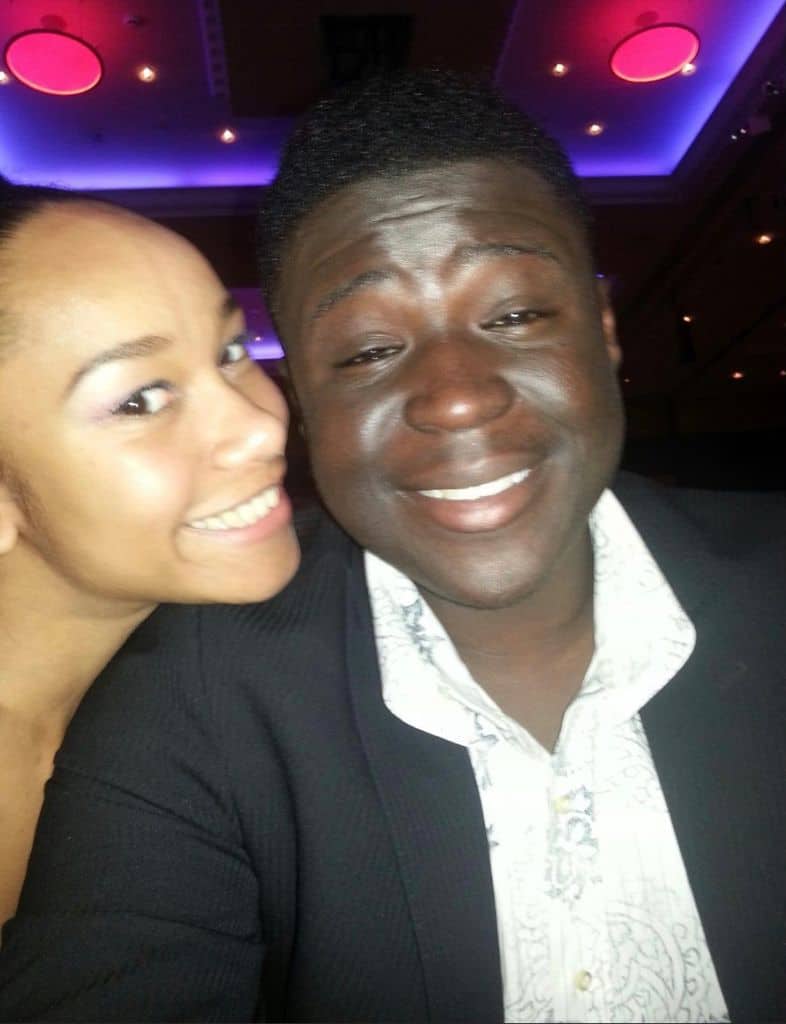 “The goal isn’t to try and blow, the goal is to get an audience who f*** with what I do and just build up a community of like-minded people.”

The genuine excitement and energy that came from Femi Jaye was truly felt via our zoom call. The 26 year-old artist sat back very comfortably in his East London home to talk music, ambition and his “Flower Boy” alter-ego.

In your Instagram bio it says you are trying to be like Pharrell, can you expand on that?

Have you seen this man? He does not age and that’s my goal. You see skincare! Skincare is very important to me, I used to really struggle with some of the skin on my face, specifically on my lips and from that I began to invest in my skincare routine. Pharrell is also a legend, his skincare aside I did really like him at one point, especially when he went through his Daft Punk/Pop phase, I became more invested in him. Songs like ‘Happy’, ‘Marilyn Monroe’ and ‘Lucky’ really stood out to me. His pop side brought out a more melodic singer based vibe which is something I could resonate with.

Why do you call yourself Flower Boy Femi?

The story behind this is quite funny to be honest, when I was growing up, I was a big guy which meant I didn’t get much female attention. Whilst attending University, I gradually lost the weight and slowly started to get noticed by women more frequently. As I lost weight and looked a certain way, people would make their own assumptions on me and automatically assumed I was a f***boy, but deep down I was just the warm and fluffy flower boy I used to be when I was younger.

After this incident at Uni, it inspired my first piece of cover art, which was titled ‘FBF’ (F***boy Femi). The cover art was an image of me as a demon, however in the shadows was me when I was fat and innocent looking. In a nutshell the concept is: you think I’m this bad guy but it’s all a façade, deep down I’m still the same warm and flowery guy I used be. I have not changed at all, I’ve just lost a bit of weight.

When I started to dive into the idea of being a flower boy and who I really am, I would say I’m very comfortable with who I am, I would even class myself as quite a feminine guy I style my hair and even I have a skin care routine. The idea of Flower Boy Femi also stems from the fact that I want men to know it’s okay to express your feelings and emotions, it’s okay to be a holistic man and that it’s okay to not live about to the stereotypes of being a masculine man. I ultimately want to inspire other men to feel comfortable with being their authentic selves, if we can have trappers and drillers in the music scene, why can’t we have flower boys? I’ve already received so many positive messages from men telling me how inspiring it is to see a straight male be so open with their emotions.

How would you say growing up in East London influenced your style of music?

It played a really big part as I was surrounded by all kinds of people from a variety of backgrounds throughout my childhood. Going to sixth-form in a predominately white area took me out of my comfort zone, it made cool with all walks of life.

I had loads of different music come my way, in my area you tend to hear grime and hip hop, but go to Upminster where I studied, you’ll hear techno. Although I didn’t really like techno, being around it subconsciously opened my mind to other types of music as a whole.

Basically, Giggs and Ghetts are not the only type of black rappers on the planet, all the different areas and people allowed me to realise that.

So do you produce your own music as well or do you just write and rap?

I don’t produce my own music, but I am fortunate enough to be surrounded by a lot of talented producers and I do have a musical ear. Being raised in a creative and musical household meant that it came very natural to me.

I grew up in a church where my dad encouraged me to play the bass guitar and sing in the choir. However, I would consider myself a song-writer as song writing is also something that comes to me with ease. I like to sit with the music and just go with it, I am easily inspired when it comes to writing, I could genuinely write about anything.

Do you make music for the masses?

Not anymore, because the goal isn’t to try and blow, the goal is to get an audience who f*** with what I do and just build up a community of like-minded people. Before it was about getting attention by any means possible. Back in the SoundCloud days I was really into Goldlink and Isiah Rashaad to the point where I would try and emulate their styles of music because I thought it would get me the attention, I realised that wasn’t the path I wanted to go down and continued to make my own individual style of music.

Who are your music influences?

My influences aren’t what you would expect, along with Goldlink and Isiah Rashaad, I was also really into Childlish Gambino, Chance the Rapper, Vic Mensa, this was when Soundcloud was in the peak of its popularity, and I basically wanted to be all of them. Other influences around that time included Masego and online radio Soulection.

Did you always want to pursue a career as a musician?

I’m an overall creative, therefore I always knew I would pursue a career doing something creative. I’m a graphic designer and an animator which funnily enough both tie in perfectly with what I do now, I can create my own cover art, press packs and I’ve even done some of my own music videos. I’ve always believed you need a pay check to fund your dreams, if that means you work at Burger King to get studio time then so be it. I’ve always loved music though and wanted to pursue some of career in it.

My dad made every child he has learn how to play an instrument; I play the bass, my sister plays the drums, brother played the clarinet and we all had to go to choir practise. Music has always been in the family, so I guess where I am today is inevitable.

Growing up, were there any genres of music that stood out to you?

Being part of the choir, Gospel was one of the main genres of music that I grew up on, Calypso was also another genre of music that I heard quite often, especially as my church had a Caribbean night. Later in my childhood my brother introduced me to rap, but I wasn’t really a fan.

Why do you believe the representation of black women is important in your music videos?

Colourism is a real thing. Whether people like to believe it or not, we have been socially programmed to find one person more attractive than the other. I will also say I have unfortunately been programmed this way from a young age. Speaking to a variety of women over time, as well as having close friendships with black women, it made me realise how sometimes they can feel like the last ones on the shelf. From having these conversations, I make sure it’s a thing for black women to have a leading role in my music videos, this is so in the future my children can feel represented and can have a better idea of what universal beauty is.

It’s also easier to programme people with fresh eyes and I want the next generation to see themselves, their mum or any another black woman in their lives. I also pick realistic black women like the girl you would see in school or at church, just a real everyday black woman. They exist, they are beautiful, and they need the light to shine on them. I can’t wait to do a music video where I’m in a bonnet and my girl is in a bonnet as well.

What led you alternating between different voices and accents in your songs?

I was influenced by artists like Childish Gambino, Kid Cudi and so sorry to be controversial, I would even throw in Tory Lanez. I like the way Kid Cudi would switch between sweet and silly depending on the issues he was speaking on, it’s the same with Childish Gambino, he has his rap voice and then that sing-songy thing he does. I know this is going to sound weird, but I really like singers who can’t sing, sometimes it just works.

That’s why I really like Afrobeats, it’s such an interesting voice, it’s the perfect combination of rapping, singing and melodies. I love a natural blend of multiple musical sources, that’s pretty much what I do with my music. People have told me on some of my songs it sounds like there’s three people but it’s just me, I honestly believe every song requires different treatment and it’s own form of experimentation.

What is the message behind your latest single ‘Pull Up’?

Pull up is about love, a long journey and just being in a whip with a girl and enjoying the ride. Some of the best conversations I’ve had with women have been in the whip, once I completed the track and visualised the music video, I literally just saw the idea of black love written all over it. I wanted to create a real Afro-R’n’B vibe, in the music video there is puff-puff, meat pie and plantain chips. Because the drums in the song are so African, I wanted to reflect a real African love story, in short it was a romantic African picnic.

Is there anything we can expect from you in the future?

Without giving too much away to the people, I would say there are multiple things in the works. I’m the kind of artist who wants to keep my followers fed. I also believe timing is key, that’s the only way to see progress. I will say in the future fans might see a little less of Flower Boy Femi and more of my fun-loving side, I’m going to bring some high energy vibes. Don’t get it twisted though, when the tape drops you will get the sweet Afro- R’nB vibes.

Femi Jaye has come a long way from 2014 to present day, he continues to show drive and resilience while unintentionally inspiring others.