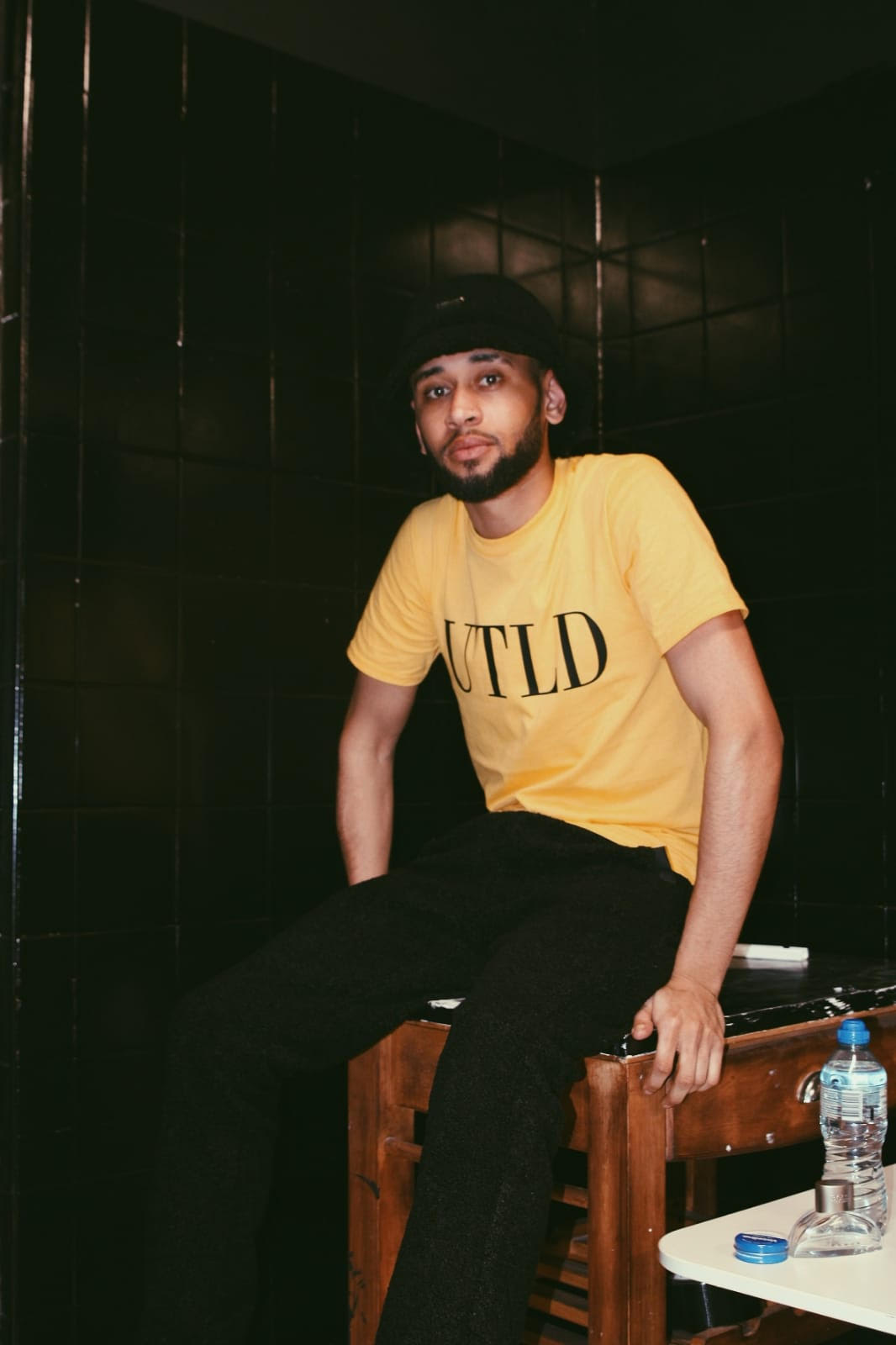 EJA’s consistency is steadily drawing attention towards his music, his exuberant song-writing skills pull you into his world. Sonically, he creates a unique blend of trap, melodic rap and the sincerity of R&B on up-tempo beats, with lyrics that explore various aspects of his life on a deeper level. For EJA, music is a form of poetry, inspired by his personal experiences.

Last year, the London born, Belfast-raised artist released a handful of singles, as well as three projects. The last of which, ‘Rose in The Dirt’,  saw him express his thoughts and feelings on heavily relatable topics; love, sex, heartbreak, loyalty and family.

EJA’s latest release ‘New Love’, echoes the self-searching approach of his previous projects. His melodies and raw emotive vocals dominate the composition, supporting his reluctance to go through the stages of building a new relationship. You can hear his desire to give his all to his lover in exchange for a love that stays, even on the worst days. ‘New Love’ sees EJA publicly acknowledge his want for a relationship that lasts.

I was born in South London, moved to Belfast when I was 10 and schooled there. I would probably describe myself as a person who’s been raised to try and give back because I feel that if I have it, everyone can share. I’m a loving person. I’m a family person; I love being with my family and friends.

I would say I’m energetic, shy and probably a bit of a loner, but I’m still a people person, if that makes sense. Everything I write is all about my life, which is kind of awkward when you’re living the life I live. When I’m making this type of music with these lyrics, the people I write about are very much present or still in my life, even though we might not be communicating. When I dropped my first project, people and family members were kind of getting confused that these lyrics were about them. When you go through this, you can only write about your truth.

You’re energetic, shy and also kind of a loner; that’s kind of contradictory.

I know. It might sound contradictory, but contradicting isn’t always a bad thing.

How did you get into music?

My dad is actually a musician, but that didn’t influence me at all ’cause I come from a sports background, I used to box. I studied music in school. As I said I was shy, but I always wanted to sing and English was my favourite subject, so I got into poetry and stuff. Later, I gained the confidence to start doing it out loud.

How’d your name come about? Is it like your birth name or?

Everyone gets confused, some people call me Eja or E.J.A, but I prefer to be E.J.A. It’s literally just the initials of my name.

Your song ‘New Love’, is it about a current lover or someone you’ve been with?

It’s kind of funny cause people think it might be current, but I write about all of my experiences in one. With ‘New Love’, it’s kind of like I’m writing about what I want in the future even though I’m not wanting new love. ‘Cause it’s like when you meet someone, you’ve got to learn a person and show them your true self. When you keep doing that, it’s like you might have wasted five years of your life getting to know one person you thought you were going to grow with forever. So it’s like, “is it true love? I don’t need no new love.”

So new love is not inspired by an old relationship?

I won’t base it on one cause I’ve only ever been in like two serious relationships in my life. I would say it would probably be like a combination of my love life. I’m not a frequent relationship kind of person, and I think my music would show that. Like I said, you can take a couple years of your life getting over that pain of heartbreak.

What’s your creative process? What’s creating music like for you?

Creating music is fun. When I’m making music, I wake up and then run some beats till I find the right beat. I would know that this is what I want cause I would start freestyling, and it would start making sense, and I would start writing it as soon as I got it. So I would say the beat would come first, then the lyrics after that.

What are your top 5 collaborations?

In the UK I like Ella Mai, Jorja Smith, Mabel, I would also love to work with the likes of Ed Sheeran and Adele ’cause, for me, the type of music I make is real music. It’s not a gimmick, it’s not commercial and it’s not for no brand.

I’d like to make music with artists that I can also resonate and relate to. Artists around the world I’d love to work with would be Lil’ Baby, SZA, Brent Faiyaz, just to name a few.

What are your plans for this year?

I’d say my plan is to drop two or three more singles before August, and then I’ll drop a mixtape at the end of August with a lot of visuals. That’s all I’ve got planned at the moment.