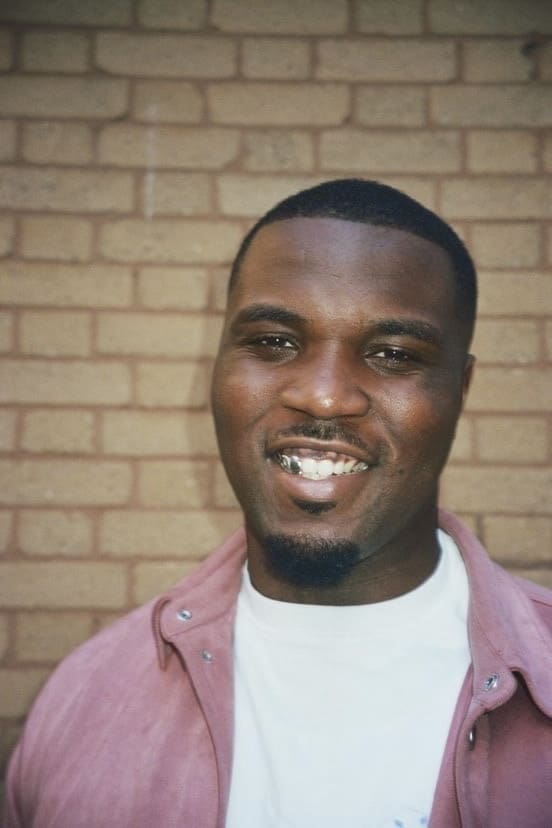 During his childhood, he thought he had superpowers…

For someone so illusive and mysterious, it was easier than I thought to find out a little more about the South-east London rapper. With a smile, Joe Bay said if he could travel to anywhere in the world besides his hometown Congo, he would travel to Jamaica. “There’s pure vibes there and Wray & Nephew”, from this moment I knew we were about to have a great conversation.

A man who describes himself as an extroverted, introvert, the 26-year-old formerly known as FR Joey is slowly bringing himself back to social media, with plans to resume live performances and has an EP dropping sooner than you think. But his lack of digital footprint is within good reason – Joe Bay is very much a perfectionist, and you will see that within his music as time goes on.

“There was a point in my life where I was crazy extroverted and then it got to a point where I just decided to ghost off for a while.”

During Joe’s time of personal isolation, he used this period to focus on his craft of making music and reshaping his identity. Joe’s new alias is an abbreviation of both his first and last name, this is a seamless way to transition into the new artist Joe Bay will now become. Fans of Joe should see this new chapter as a rebirth and should expect music that is a truer reflection of himself.

“I love making music and I’m a D.I.Y guy in the sense that I like to do a lot of things for myself.”

A student of creativity is the easiest way to define Joe. Writing lyrics in his teenage years and then studying Film and Television at University, embarking on a musical career was only a matter of good timing. “Me and my bredrins would always freestyle in the car and my bars would always be the best (obviously).”

“Grime opened the door for me to start writing bars, I was able to do 8 bars, 16 bars and 32 bars, one of my first studio sessions was in Sydenham.” At various points in his life, Joe explained there were different artist who influenced him at various times. Having an introverted vibe that he could resonate with, Skepta was at the top of his list. “From the first time I listened to this guy, I was like nah he is different. There was just something about him, from his aura, to his story and even his approach.”

Joe also gave a list of US rappers but the list was so long I had to narrow it down to his top 5: Young Thug, Future, Travis Scott, Kanye West, and Drake. Briefly commenting on Drake’s career, Joe simply said “Drake does a mad ting every single time.” We asked Joe what would be his dream collaboration, he said “Rihanna”. We all know the Bajan songstress has swayed away from music, but Joe still thinks the dream collab would be nuts, ‘Unapologetic’ is a top album of his. Steering him back to artists still making music, Joe concluded “If I were to collaborate with anyone on a trap song, it would have to be Young Thug or Future”’.

At times I asked Joe quite random questions, but this was intentional as I wanted to see his fun side. As honest as he could be, Joe really continued to surprise me. He revealed during his childhood, he thought he had superpowers, this is just another example of Joe’s creative mind even from an early age. We laughed as I compared him to the Roald Dahl film, Matilda. Staying on the topic of childhood films, Naurto past and present is up there on Joe’s watch list.

Thirty minutes into our conversation I didn’t think asking Joe his favourite song of all time would be so challenging, he clearly loves music. It was honestly quite refreshing to see him narrow down his favourite song of all time, by the end of this question we agreed on a top 5, some of those tracks included Drake & Future – Scholarships, Frank Ocean – Pink Matter and any track featuring Andre 3000.

Joe Bay seems to stay true to his introverted ways as making music at a home studio or his friend’s studio arechis favourite places to create,“the home studio vibes are always lit.” Besides rapping and a little bit of singing, Joe would eventually like to venture out into the world of producing as the musician has already had some huge input into the production on a few of his tracks. I was thoroughly intrigued by his soon to be released track ‘Ofele’ as it seemed to have similarities to Blanco’s ‘Pull Up’. “It was one of my favourite tracks of 2019, so in my head I was like I need to make a beat like that, the way the drums sounded were crazy.” Ofele is the last track on Joe Bay’s EP ‘Dream in Colour’.

“Everyone has those down days, when I learnt to have full faith and belief, things started to become a lot more colourful. This is my moment dreaming in colour.”

‘Dream in Colour’ quite simply means not everything should remain in black and white. For anyone eager to hear it, this was the easiest way for Joe to define his upcoming EP. When expanding on having faith and belief, Joe Bay relies highly on prayer and surrounds himself with the people he loves. Dealing with the death of his Dad last year, Joe was thankful for his faith, prayer and his friends who checked in on him almost every day. “Although he may have not initially understood my craft, he brought my first set of DJ equipment and my first keyboard set. I’ve always been thankful and knew his heart was in the right place.” His father passing away took a toll on him, but at the same time gave him the momentum to make him proud, that’s also why he made ‘Dream in Colour’, he wanted to make a difference to people’s lives through music.

By not categorising into one musical genre, the 26-year-old titled himself a chameleon when it comes to music. “Alternative, R’n’B, Trap is what I would consider myself, I learnt a lot from Drake, who is also pretty versatile. I’m constantly inspired by so much; from being African, to living in the UK, to listening to artists who are overseas.” His versatility as an artist is reflected in his EP as each track sounds completely different to the next, he wanted to show variety in this project to get an idea of what the audience would connect with. Joe also put in a special shoutout to his producer, “If anything, J3’s name needs to be next to mine because he has worked equally as hard as I have on this project.”

“My Mum telling me how much she liked my music and how everyone needs to hear it, is probably one of my proudest moments of my career so far.”

Like so many, there is nothing like getting your parents approval and Joe Bay made it very clear how much he appreciates his Mum, “she’s a big part of my aura, I’m such a calm person because of her and for anyone reading this with children, my simple advice is to support your children!” Staying on topic with family relationships, Joe discussed the possibility of collaborating with his brother, Big French who is also a musician, “although we are equally dedicated, we both work in completely different ways, but I’d never rule out working with him again.”

I literally couldn’t predict a thing Joe would say, but when it comes down to birthdays, Joe says that he likes to try something he’s never done before each time he celebrates, “although I’m scared of heights, skydiving or jet skiing is definitely on the cards for my next birthday I won’t lie.” Someone who likes to face their fears is also a good characteristic to have and with Joe there was no exception to this when he faced them at the adventure park, Go Ape.

Lastly, I granted Joe Bay three wishes, but he gave me one of high quality: for the black community to be unified one day. A beautiful wish for a multifaceted artist with more than what meets the eye. ‘Dream in Colour’ is out on Friday 8th October, so stay tuned for new music, live shows and much more from Joe Bay.