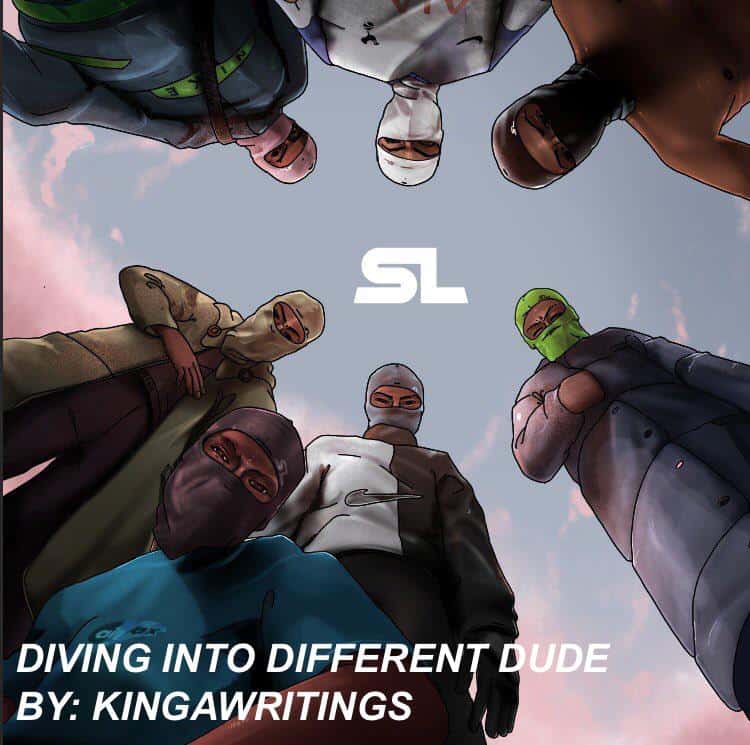 “Why you make different tunes? I ain’t like them, I’m a different dude,”

This tape’s title speaks for itself and it goes without saying that SL (@officialsl) has left listeners with no choice, but to agree that he really did come different on this project. ⠀

“I tell the young boys pace, it’s a marathon but everybody wanna pace,”⠀

Not only is this a solid piece of advice for his ‘young boys’ but it’s something the listeners can take on board and go on to apply in any situations they currently face, or at least have it in mind for future reference.⠀

The artists flow is effortless in ‘Felt Tips’ and with the right choice in verse for a transition by whoever might be stood behind a set of decks – it would pop off at motives.

The song’s visuals tap into both personal and political concepts which included:⠀

–    SL throwing it back to his time in school⠀

–    And staging what appeared to be his own funeral,

which are bold and telling of his artistry.

Featuring Ayo Britain (@ayobritain), ‘Trenches’ presents us with a slow but upbeat hybridised sound, making it unique when compared to the other songs on this tape. R and Drill isn’t a genre – YET, but with music evolving on a day to day basis, I’d go as far as to say that this is a start, and the best part is, it’s being introduced to us through fresh talent. ⠀

A confident, cheeky and laid back side to SL really leaped out in ‘Quarantine Freestyle’ and he didn’t go wrong with featuring Unknown T (@unkwnt9) in ‘Excuse Me.’ The chemistry between the two is evident, as both rappers bounce off each other between their individual verses.⠀

Like ‘Need More’, ‘Who Knows’ has a stone-cold; sinister nature and it’s only reinforced by SL openly telling his audience:  ⠀

“I can paint you a picture, give me a minute you’ll tell me I’m sick,”⠀

Implying just how personal he can get on the beat and the depths he can take us to when talking about his experiences. ⠀

Following the success he’s achieved from the songs ‘Tropical’ and ‘Gentleman’ – which have had increasing popularity on TikTok – with the release of ‘Different Dude’ was the right move, and it’s hinting at everything SL has in store for us as he continues to progress through his journey with music. ⠀

Diving Into Different Dude. – it was only right to pattern a review on this @officialsl. ✍🏽⚡️https://t.co/ADtLMn0u8W pic.twitter.com/eis5KnBPkv

Credits to these talented producers for the songs discussed in this piece:

Need More and Excuse Me: @ebo_thegr8 ⠀

A big thanks to @ebenezerftg for putting together the list of production credits!⠀