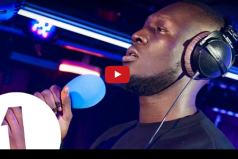 Only a few days a go we welcomed Big Mike 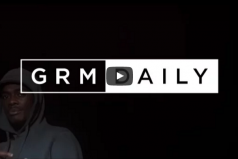 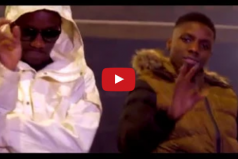 From YouTube show SWIL in May, to Charlie Sloth’s notable fire in the booth in August, to being played at events till this date, to being signed by Island records and releasing an official audio track and music video (100million views!!!), to live performances, guest appearances and finally his own head line show, Big Shaq’s character development has been PHENOMENAL.

Music and Comedy have been congruent dating back to ancient history. Comic playwrights such as Aristophanes, Sophocles and Euripides included monodies, a prominent feature in Greek theatre used to appease the gods. In the 21st Century,‘Comedian-Musicians’ are an actual thing, with the likes of Russel Brand and Adam Sandler creating songs and music videos as part of their performances. Even though it’s Rap, Michael Dapaah has done the same thing as the legends mentioned above.

After seeing the show, one would be dying to be Big Shaq’s friend. No one was ready for this big link up. The first friend we got to meet was wanna be policeman Patrick, a character from SWIL. As he’s always confiscating other’s belongings, he decided to embrace the festive spirit of giving and threw gifts into the crowd. He also got us into a bit of Kareoke, from his own remix of Craig David’s 7 days, to Oasis’ Wonderall. (Great taste!)

Big Shaq was running late and hilariously kept us updated through clips of his journey from central London to Brixton, where the show was. He took his mum out for her birthday, then he randomly got stuck in the London eye, he facedtimed his uncle Dr Ofori, another character from SWIL that we got to meet in the flesh. Finally we saw him ride in style with the infamous Asnee and Tiny Asnee 😂😂 on an S-Class (Santander class) bike😂.

The transition of meeting all the other friends was so cool. We met Cadet who brought out Big Tobz. Then Suspect came to say hi to us, followed by Ramz. DJ klipa and DJ Skapz glued the whole motion together playing all the bangers you could think of. Then out of no where comes Fekky and then Mo the Comedian, who also performed some of his comic songs and ‘I love you Julie’ with Dr Ofori😂

Then Stylo G rolled up, he brought Chip with him. Next Mc Quakes snuck in with Mc Shakes, more characters from SWIL who performed ‘Balance’. Then MoStack rolled through, followed by Lethal B and JME. Last and definitely not the least were the friends from ends, Krept & Konan & Stormzy.

She left him becus he couldn't buy her the Balance…..Ciaga – MC Quakes is a prophet cc @Mzo_Honcho 😂 pic.twitter.com/DOVLbaTPpx

Let’s just say that when Big Shaq finally arrived, he didn’t waste time at all. Mans not hot went off and was out of this world. With all his friends back on stage, cinematic visuals at their peak, lights, smoke, and hella fake snow falling from the ceiling, what a finale!

So Michael Dapaah & Friends went off last night! They made it snow?!? ❄❄ pic.twitter.com/vzmAHGv4a2

I’m hopeful that Marv Brown, the genius behind the camera will have some footage for you all. 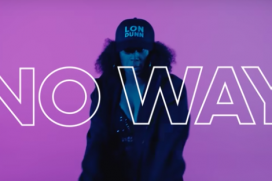 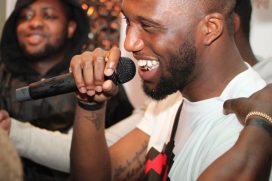 SOMETHING DIFFERENT! Headie One – Shed No Light [Audio] | @HeadieOne

Headie One has built a buzz around his hard hitting 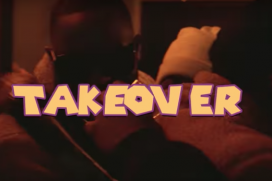