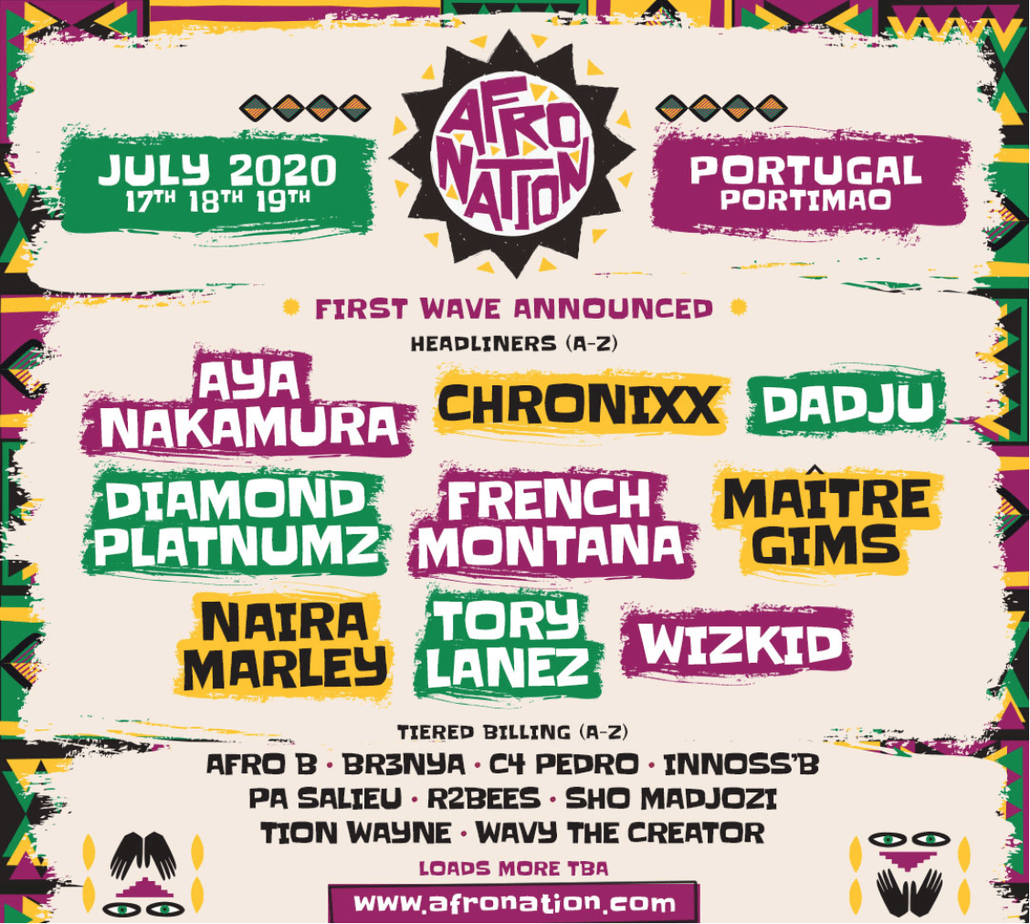 Following a triumphant debut last year, which saw Afro Nation Portugal sell out in a matter of days, the festival returns to the Algarve on 17th – 19th July 2020, for a celebration of black culture, afrobeats, hip-hop, reggae and dancehall.

Headliners are in the form of afrobeats royalty Wizkid, who will be making a return, following his show stopping performance last year, plus Jamacian reggae star Chronixx and French powerhouse singer Aya Nakamura, who has risen to international success in recent years with her afropop infused hits including ‘Djadja’.

Joining the all-star headliners will also be U.S rapper French Montana, who’s collaborated with everyone from Cardi B and Rhianna to Drake and MIGOS and Tory Lanez who recently released his widely praised R&B project ‘Chixtape 5’. Nigerian talent Naira Marley, who’s enjoyed a meteoric rise in recent years, will also be present and perform an array of his global anthems, that connect the West African diaspora to their roots as he often delivers his lines in a syrupy mixture of Yoruba and English. 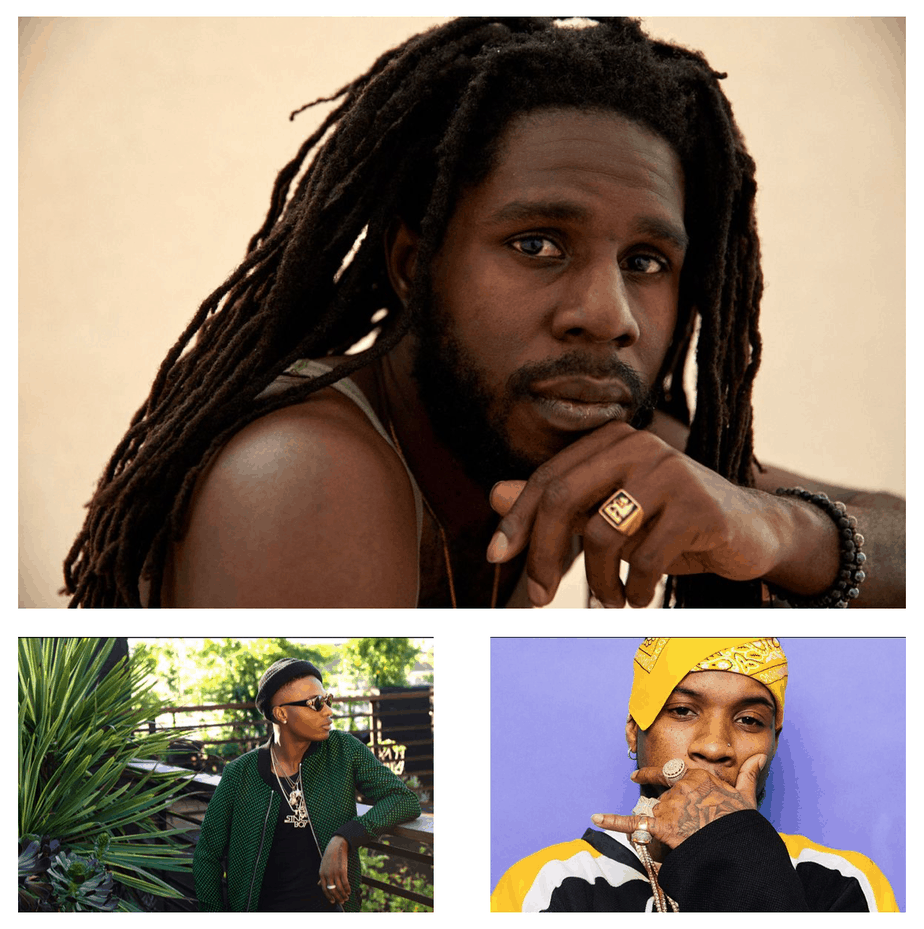 British talent will also make an appearance with performances from North London rapper Tion Wayne, who has been a pivotal member of the DIY underground rap scene, since his early collaborations with Afro B on ‘Bae’, NSG on ‘Options’ and viral hit ‘Keisha & Becky’, which has proven his versatility and steady rise to stardom. Afro B, who has been instrumental in leading the UK’s exploding Afrowave scene, will also return to Portugal, bringing his worldwide hits ‘Joanna’ and ‘Drogba’ with him.

The festival’s debut in Portugal last year was praised for its undeniable community atmosphere and ability to connect people from all backgrounds through the love of music. Proving history was made, Afro Nation was a true cultural milestorm as the first celebration of its nature and scale and it’s sophomore year in July will be no exception. 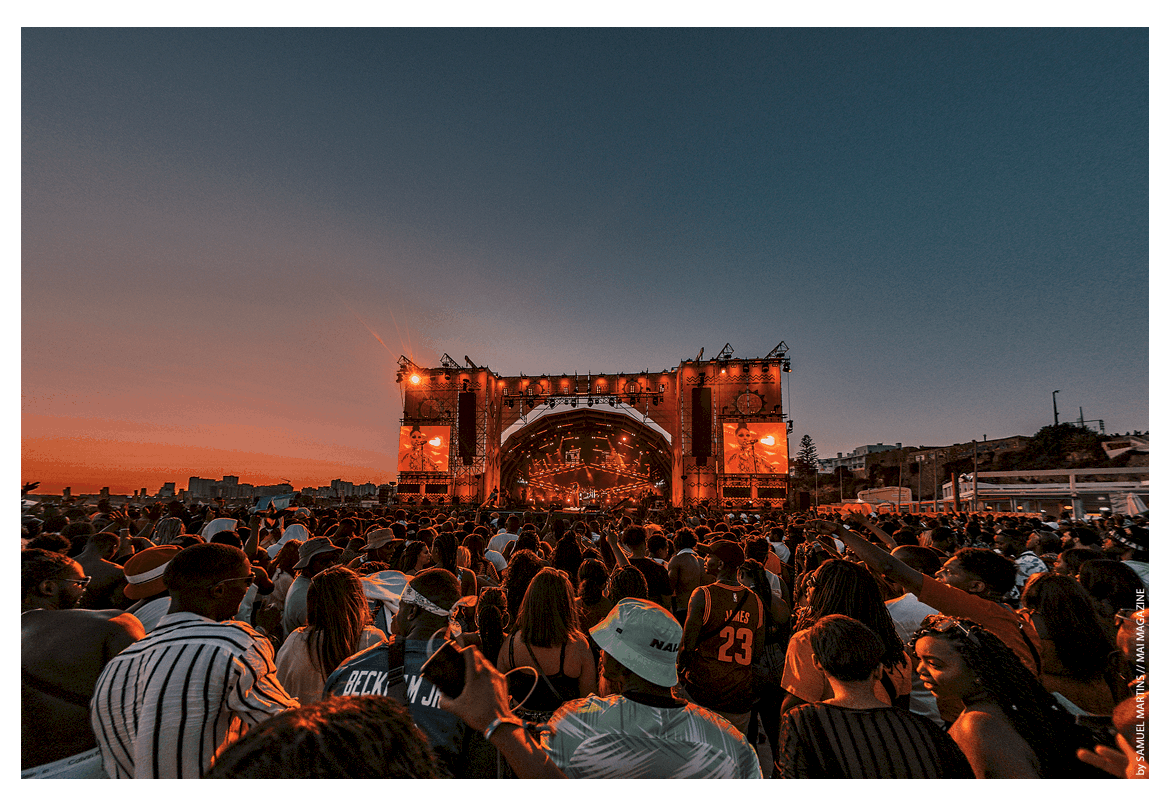