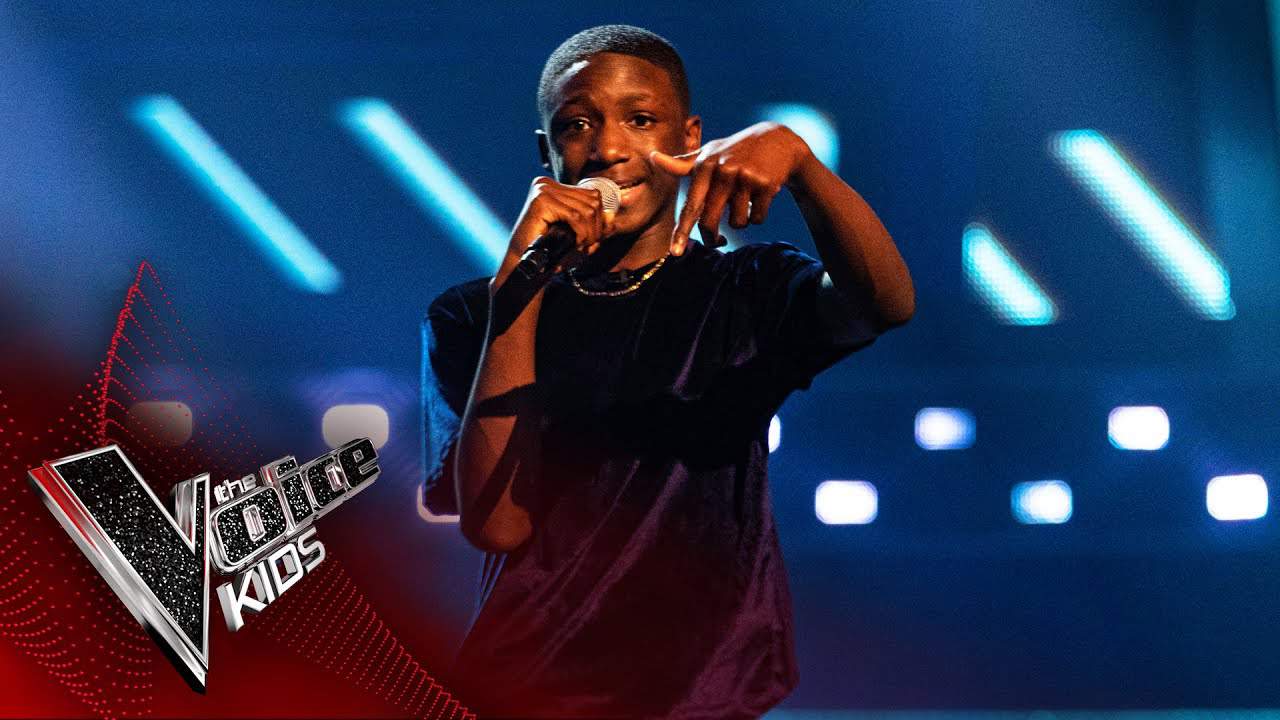 Head over to our IG tonight at 7pm for a live interview with @amosthakid the teenage fantasy who sent for Boris, Drilled on ITV and ended the Meek Mill type beat trend! 🔥🔥👏🏽 hosted by @amandaadagreat : https://t.co/TNgaJAEwy7 pic.twitter.com/02KfbjxHdi

Following his success from competing on The Voice Kids UK; releasing his songs ‘Struggle’ and ‘Grindin’, as well as the drop of his recent track titled ‘Letter To Boris’ in which he sent for the UK priminster, 14 year old music prodigy Amos Tha Kid (@amosthakid), caught up with one of our writers – Amanda (professionally known as kingawritings/amandaadagreat) to answer 9 questions for 9 bills! (available to watch on IGTV)

KAW: How are you?

KAW: I’m good, it’s really nice to have you join us today for this interview. How has your day been?

ATK: It’s been good, how’s yours been?

KAW: Mines been quite productive.

So, obviously we’re tuning in to do 9 questions with 9 bills… is this one of the first interviews you’ve done since… (The Voice)

Q1) KAW: Alright, I’m gonna start off by asking about your experience on The Voice Kids and what that was like…how did you feel when two of the judges turned around?

ATK: Umm how did I feel? Like, when I was actually performing in the first blind auditions…I didn’t know how I felt cause all I was trying to do was deliver and I didn’t even clock when the first judge turned around until like after – and I was just like oh rah!

KAW: Nah I hear you…do you feel like you made the right decision in terms of the kind of judge you went with?

KAW: I noticed the progress you’ve made since the blind auditions where you performed AJ Tracey’s Ladbroke Grove, and the transition from then to the semi-finals: would you say that your time competing on the voice helped you to evolve as an artist?

KAW: Nah definitely, you could tell that your confidence grew from the blind auditions through to the time when you performed on the semi-finals so.

KAW: Hear you! Recently…and this is very relevant to what’s going on right now.

Q2) KAW: Recently, you released a song titled letter to Boris. Considering how different it is to ‘struggle’ and ‘grinding’, as a listener I’m interested to know what influenced your decision to put that out there.

ATK: Letter To Boris…I felt that a lot of people needed to realise that the UK aren’t innocent because there are a lot of things in the UK that happened that people don’t look on, so I made the song.

KAW: Yeah I mean the fact that we’ve had public figures step in to sort out the situation with the Tories voting against children getting school meals, and you know some of the messages you put out in the song they were quite powerful in a way…for someone your age you’re quite up to speed with what’s going on in politics.

Q3) KAW: Opinions on conscious rap are quite varied, because the concept of music mixing with politics doesn’t appeal to everyone. But regardless of that, would you say it’s a genre that you’re looking to tap into more – and if so, why/or why not?

Q4) KAW: Nah, definitely. I feel like it’s the… importance in the message that comes with conscious rap that doesn’t (appeal to a wide audience) – because it’s something we hear on the news every day, so hearing it in music might put people off the idea of music for that very reason, so I get you.

Do you have an idea of any other sounds/genres that you’re looking to incorporate into your future songs?

ATK: Yeah, I did it for the semi-finals.

ATK: Oh, well It’s just like – I just like the beats, you know what I’m saying? and I haven’t shown a lot of what I can do on drill, so yeah.

KAW: It’s definitely an acquired taste. It’s not a genre that I listen to a lot, but when I do listen to – I feel it – so I get you.

Q5) KAW: Have you already set any targets that you’re trying to achieve as you progress through your journey with music?

ATK: Um, well, there’s a lot of things innit because first of all you want to be successful so you can help your family out – that’s one thing you wanna do and like – I talk about it in my raps because I’m trying…help people and help my family, and I do that through rapping.

KAW: So you’d say that family is a big motivation for you?

KAW: anyone in particular? Like a parent or a sibling?

ATK: Just everyone in my family innit.

Q6) So you basically kinda answered this next question, but I was even going to ask what’s the response in relation to support from your friends and family, been like?

KAW: Everyone’s bigging you up?

KAW: Nah, that’s what we like to hear! There’s a lot of fresh talent coming onto the scene, you included and it’ll just be really interesting to see how you guys are gonna step in and bring something new to it.

Q7) KAW: Could you name an artist’s music who you really resonate with, and feel inspired by?

ATK: there are a lot people and a lot of artists; I would say though Stormzy, Dave – They’re hard like.

The things that they rap about – that’s what I’m trying to do as well. You wanna make people think…

KAW: Deffo no, 100%…you mentioned Stormzy and Dave as two of your choices – they’re quite big names. Are there any songs in particular that you really, feel? (attachment to)

ATK: Have you heard Dave, ‘Black’?

Yeah of course, everyone knows that one come on.

KAW: ‘Superheros’ yeah. I like, Audacity – I’d say it’s probably one of my favourite ones.

ATK: Yeah, the one with Headie.

Q8) KAW: who would you want to collaborate with further down the line and why?

ATK: I would say, Dave; Stormzy…because of the things they rap about, I can sort of relate to what they say, and yeah.

Oh, and finally…before you go, what can we expect from your next release and from you as an artist as you keep continuing on in your journey?

ATK: You can expect more music and a lot of new things coming aswell (not only music)…obviously I can’t talk too much about it but – yeah *laughs*

KAW: No, tha’t totally fine. thank you so much for joining us today on 9bills!

KAW: This is gonna go up as an interview on the actual blog – so look out for that, and I’m looking forward to seeing more of you on the scene.