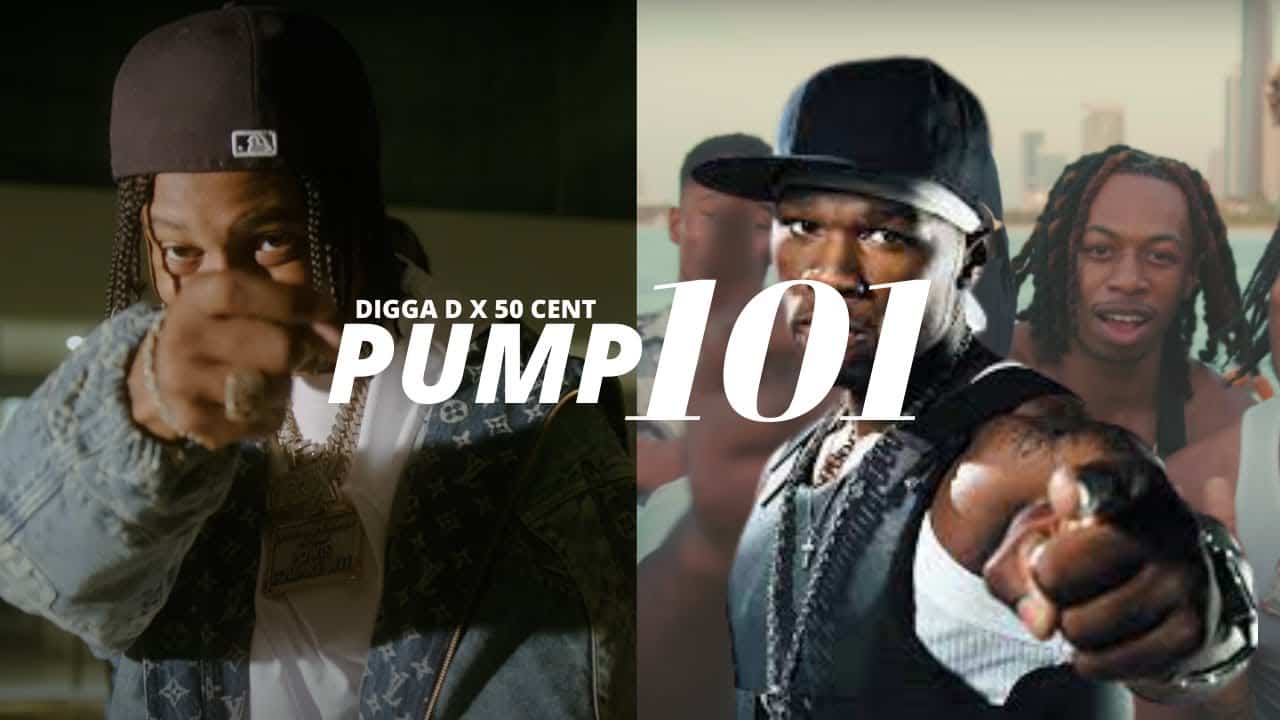 Sampling has been a key feature (sometimes subtle) in the music we’ve been listen to for decades. Artists have always been inspired by either those that came before them or their peers, and use their music to create something new…actually, they say there’s nothing new under the sun.

So what exactly is sampling? It’s when you manipulate an element of a pre-existing audio in your composition. This is not to be confused with a remix, which is creating another version of an existing song using its stems. The sample can be anything from a melody to a beat, vocals or speech, which are often chopped up, looped, key changed and so forth.

UK drill artists aren’t strangers to sampling, it’s extremely popular these days and it knows no boundaries. Samples have been extracted from rock, dance and gospel songs, to Spanish and Hindi ballads. Let’s dive into our selection of 9 UK drill tracks that include samples.

Digga D has put out quite a few 50 Cent inspired songs in the last couple of years but ‘Pump 101’ has stolen the show with its iconic intro that everyone can’t seem to stop making TikTok videos to. The song borrows a similar title – ‘Stunt 101’, and the exact beat which is a loop in itself.

2. Headie One feat. AJ Tracey and Stormzy – Ain’t It Different

Headie One is arguably becoming the king of samples. His 2020 track with AJ Tracey and Stormzy, producers Toddla T and FRED feature elements of 2 tracks: the distorted vocals of the chorus from ‘No Long Talking‘ by Lady Saw (1996) and some guitar melodies from ‘Pretty Little Ditty’ by Red Hot Chili Peppers (1989).

Drill legends 67 jumped on GottiOnEm and Mazza’s produced ‘Let’s Lurk’ with Giggs, released back in 2016. The track used “Aaaah! (169)”, a well known sound-bite from the Roland M-DC1 device. Some of the most iconic hip-hop artists have used this sound bite as a sample in their tracks – Nelly & Kelly Rowland’s ‘Dilemma’ and Travis Scott and 2 Chainz’ ‘3500’, to name a few.

The hypnotic and haunting sounds of ‘Universal Mind’ by the Mystic Moods Orchestra is sampled for the beat for ‘Redrum Reverse’. With Carns Hill on production, the creativity of using this sample is incredible.

From the lyrics to the beat, this whole track is full of nostalgia if you grew up in the 2000s. ‘Throwback’ samples the vocals and some chords in the production of Tinie Tempah’s 2006 grime classic ‘Wifey’. Crazy Cousinz have done really well on this as it may sound so close to the original, but ‘Throwback’ very much still has its own melody.

Unknown T really loves a good sample! ‘Dumpa’ takes vocals and similar chord notes from the chorus of Vybz Kartel’s 2010 track of the same name. Transporting all the dancehall energy into the genre bending track, this is an iLL BLU production phenomenon.

Mahalia’s ‘Do Not Disturb’ provides the sample for M1llionz’s drill banger ‘B1llionz.’ It starts with the wheel-up of the lyrics “it was such a lovely day, I was in a small cafe” which is used throughout the track alongside the beat.

It’s not just English music providing inspiration for drill producers and artists. ‘Sanam Re’ from the Hindi romantic drama of the same name (performed by Mithoon and Arijit Singh) is sampled in Richi’s ‘Tit for Tat.’ The use of this sample is actually mind blowing, the beat predominantly features the intro/chorus inverted as a loop, which was similarly done in CJ’s ‘Whoopty‘, a New York drill banger.

Bis (RIP) has left a lasting impact on the drill scene with so many iconic tracks, including ‘Beretta’. The track samples a portion of ‘Carnival of Rust’ by Finnish alternative rock band, Poets of the Fall, an absolute smash hit.

Although it’s now being frowned upon due its increasing popularity and the notion that it is ruining the memory of original songs, one thing we love about sampling is that it supersedes time and genres. It shows how music can be interconnected regardless of when, where, what and who it came from.