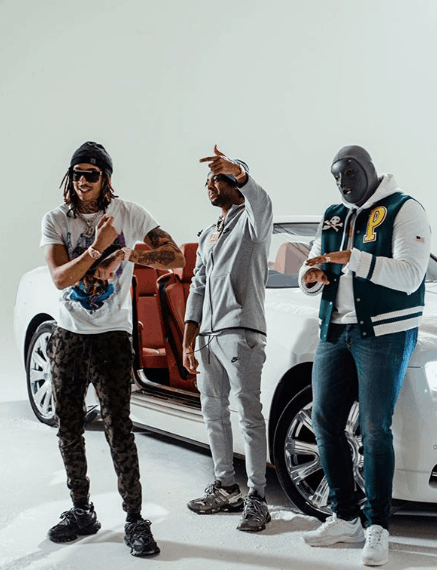 The rise and rise of Trapwave: How the homegrown genre began and where is it headed?

We took a small dive into the emerging genre to debate the growing influence in UK culture and exactly what “Trapwave” entails.

This is a blend between the gritty lyrics we hear in Drill music, with somewhat slow and spacey instrumentals, that are accompanied by melodic vocals that give off the “relaxing” vibes to songs.

For a while, there has been an emergence of ‘TrapWave’ in the UK. It’s hard to pinpoint when this sound first became prominent; however, you could say that 2016, after UK rapper, S Loud released ‘Lightskin’ the genre solidified it’s roots in popular UK culture.

Currently, there are discussions regarding who the so-called pioneers of the genre are, with M huncho and D-Block Europe (DBE: Young Adz & Dirtbike LB) leading the way. Arguably, they’ve carried the new sound for a while – gaining a large following due to their consistent output of songs. Their popularity has skyrocketed as they touch on a range of topics, including: money, girls, pain, fashion and sex – which can be relatable for many people.

Despite the genres successes, like others. it’ll be accompanied with publicised loathing.

Everyone is entitled to their opinion, but statistics do not lie. In 2019, DBE sold out Alexandra Palace twice over, and their album, ‘The Blue Print – Us Vs. Them’’, secured #2 spot in the official 2020 charts.

Huncho also had a 2020 to remember, with the masked artist securing two top 10 albums with: ‘Huncholini The 1st’ and ‘DNA’ , with the latter being a joint project with Nafe Smallz.

With this being said, it’s only right to state some honourable mentions, with: Ay Em, Nafe Smallz and Baseman coming to mind, who are all amazing artists in their own right.

The achievements of all artists mentioned could cause an influx of fresh talent to emerge and possibly rival the front runners in the near future .

Also, don’t forget to follow 9bills on Spotify including some Trapwave mixes .