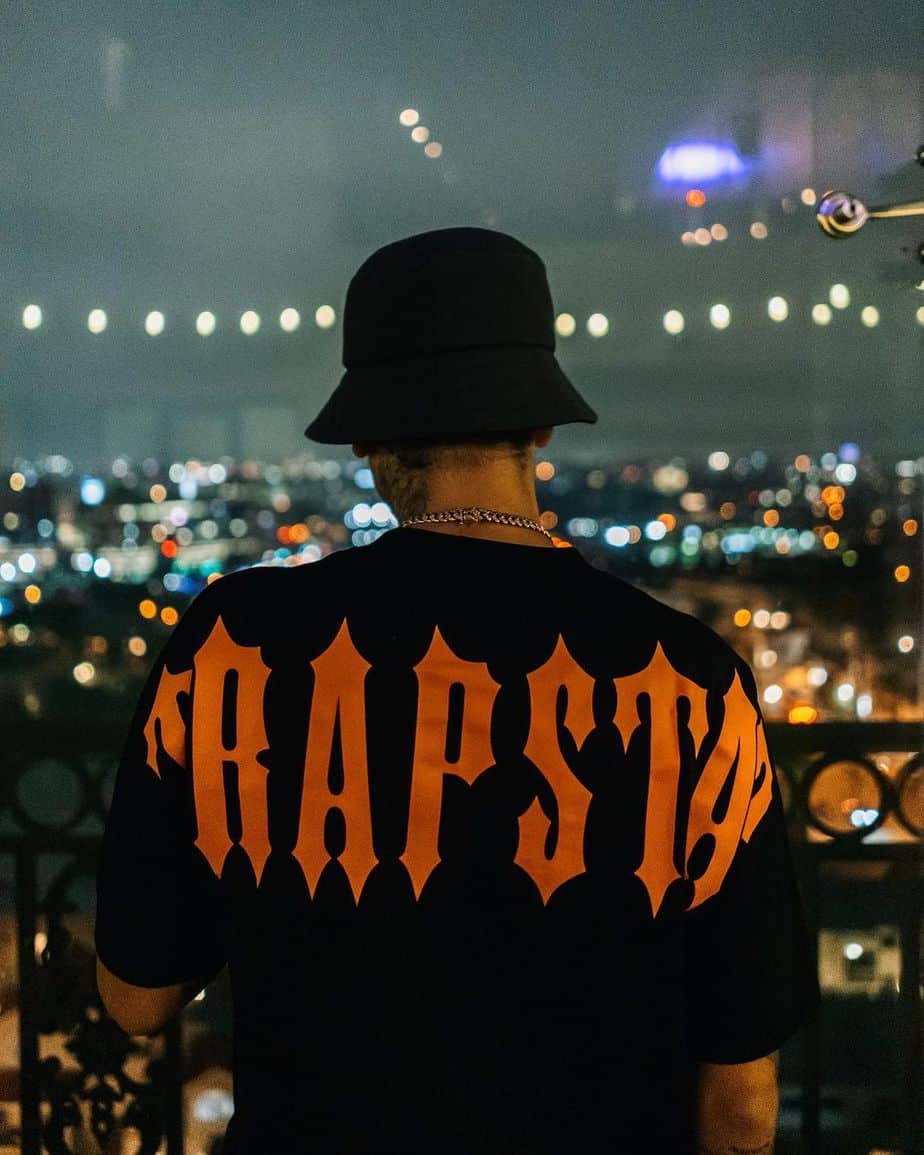 Collaboration, but make it fashion.

With resale culture on the rise and rise, everyone is looking to get their hands on exclusive drops so here are X capsules when UK rappers dabbled in fashion in 2021.

Daves album ‘We’re All Alone In This Together’ is dropped on Friday, 23rd July and the promotion for it has been class. Santandave also gifted a lucky fan a new Rolex with a meet and greet which was the first of its kind from a UK rapper.

Part of Dave’s album promo is his [sold out] capsule with Trapstar. Trapstar have made it their business to be at the forefront of UK rap culture with collaborations with Section boyz and Blade Brown to name a few. Dave’s clothing range ‘Elements Collection’ includes full tracksuits and t-shirts modelled by the man himself. The image chosen for the collection is his album artwork with an embeded Trapstar logo.

The merch was stocked in Selfridges in London with man fans rushing to cop whatever they could get their hands on.

Ghetts is having a stellar 2021 and his partnering with Clarks Originals is further proof of this.

Clarks has a huge cultural impact within the Jamaican community, especially after Vybz Kartel’s co-sign with classic hit ‘Clarks’ in 2010.

Ghetts collaboration with Clarks was a limited edition Ghetts x Clarks Wallabees line, only available to competition winners. These can be seen worn by everyone in the video for his single titled ‘Hop Out’. This surprise partnership included an opportunity to meet the east end OG at a Clarks store and the chance to receive a signed album.

Arguably most recognised by his smash single ‘Homerton B’, Unknown T surprised fans with an exclusive Billionaire Boys Club x Places + Faces capsule to celebrate the release of his album ‘Adolescence’ in 2021. Unknown T announced the partnership on social media with cameos from AJ Tracey, SL and Eva Apio modelling his pieces.

Unknown T’s collaboration sees the Billionaire Boys Club spaceman logo in the image of the rappers face, wearing his iconic Places + Faces sunglasses (the only pair of sunglasses he owns). The t-shirts and hoodies were available to buy with a signed CD of the rappers ‘Adolescence’ project.

Skepta has dropped 4 capsule trainers with the Nike ‘SK Air’ brand. Fans had to enter raffles to purchase the first SK Air max 97s and the latest iteration of the partnership ‘Skepta x Nike Air Max Tailwind 5 Bright Blue’ retailed for £160. What other rapper is diversifying their portfolio like Skepta? It will be interesting to see what other pies Skepta has his fingers in.

Cench dropped his debut mixtape ‘Wild West’ to cement himself as one of the hottest rappers of 2020. The project had a grand total of ZERO features but one collaborator for the release was Trapstar. Central Cee really came through with the custom clothing.

The album themed orange made use of the Trapstar signature font with the title of the album on hoodies, tracksuits, hats, ballies and t-shirts which were almost impossible to cop.

Check out some of the merch in the video for ‘Fraud’

We’re expanding into fashion too! Click here to purchase our classic logo tee.