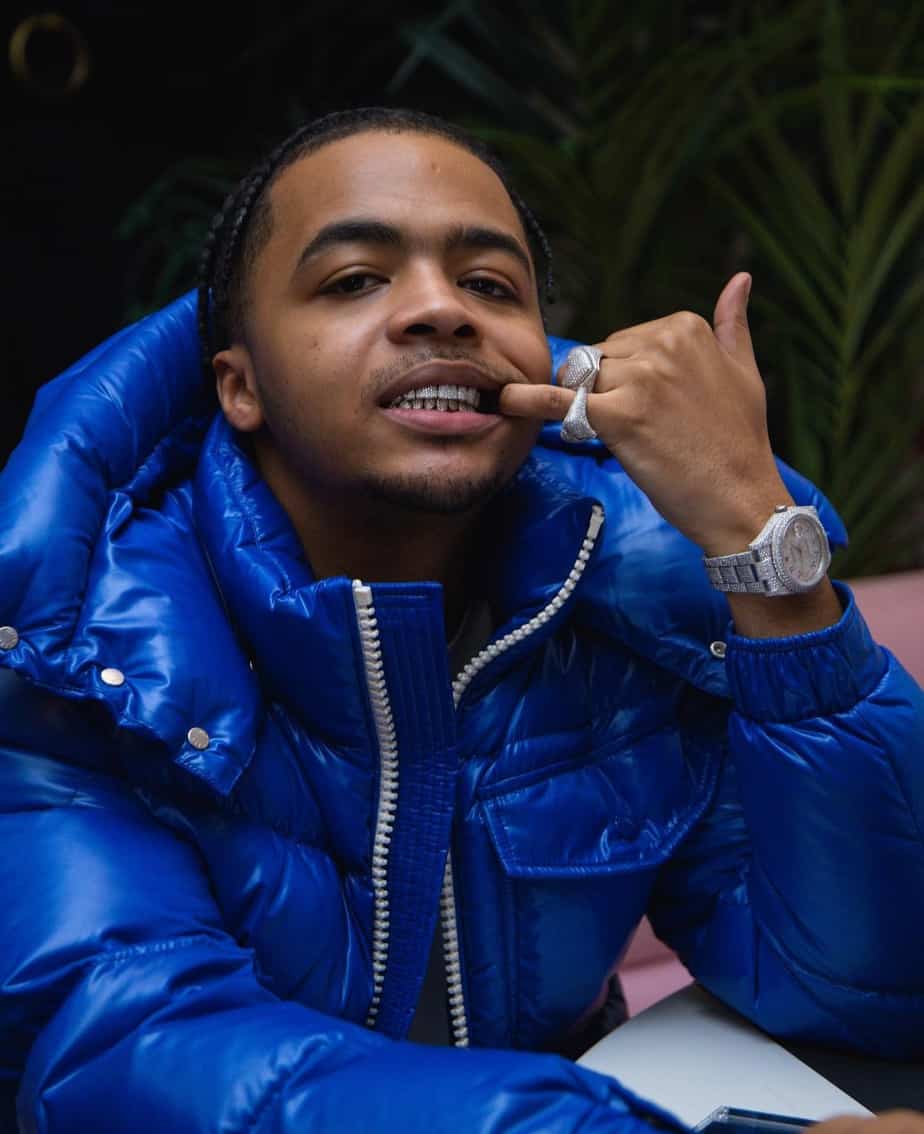 Loski has been on fire this year. Every single tune he has dropped this year has been a banger. When Loski announced that he would be releasing his album, we all counted down the days to see what the rapper had up his sleeves. His album titled ‘Music, Trial & Trauma’ dropped on 20 November and it most definitely lived up to the hype he has generated this year. This album contains bars, catchy hooks and a few legendary samples, including the beat for the iconic tune ‘Black Boys’ by Bashy. Loski’s ability to jump in and out of different genres of music is evident within this tape. With the content of this album sure to captivate new and existing fans alike.

“I don’t care if I’m bias so what cus the England captain should be Sterling.” In the tune titled ‘Black’ Loski sampled the beat for ‘Black Boys’ and made it his own. A new re-jigged version of the original where Loski smoothly raps about black things that he loves.

Loski’s versatility really shines in his tune titled ‘Naija Man’ featuring Davido. He has the ability to make a catchy melody on a quicker beat than what fans are used to hearing Loski rap on. Davido’s verse compliments Loski’s flow on this tune as he elegantly glides on the hook.

Any tune Aitch touches right now turns into gold. He just makes any tune catchy with his jumpy flow and cheeky lyrics. This can be seen in the tune ‘Cute.’ Loski matches this flow perfectly and brings about his unique style with his bars. A formula to make this one of most well-rounded songs on the album. This is a song that definitely needs a video. The visuals would be cold for this one, with both rappers going back to back showcasing their skills.

Looks like Stormzy x Loski got some 🔥 on the way 👀 pic.twitter.com/1YePNBtyxA

A good album isn’t complete without respectable interludes and Loski has done just that on this tape. Interlude 2 takes the crown with a dialogue of Akala giving facts about the prison system in the UK. Explaining how blackness is always negatively blamed for the crime but is not praised when black figures achieve great things in the UK. Akala’s dialogue goes on to state many key facts of the oppression and systematic racism against black people in the UK. This insightful interlude then ends and the iconic song ‘Black’ follows straight after – this is a perfect transition.

The only negative on this album is the fact that more songs of Loski by himself would be appreciated. Songs like Captain Hook and Teddy Bruckshot 2 made me want to hear a bit more from him by himself. All of the album features were crazy but some may argue that they wanted a few more songs with Loski by himself killing a beat with a catchy hook.

Loski did not disappoint with this album. The singles and features he has spun this year have been excellent and he has topped it off with a solid album. Filled with good features and a serious message in the last track of the tape.

Overall this is a strong project that shows that Loski can stick to his routes and make it work.

If there’s one thing we’ve learnt about Loski, is that he hates a “Barbie that’s rude and dead.”