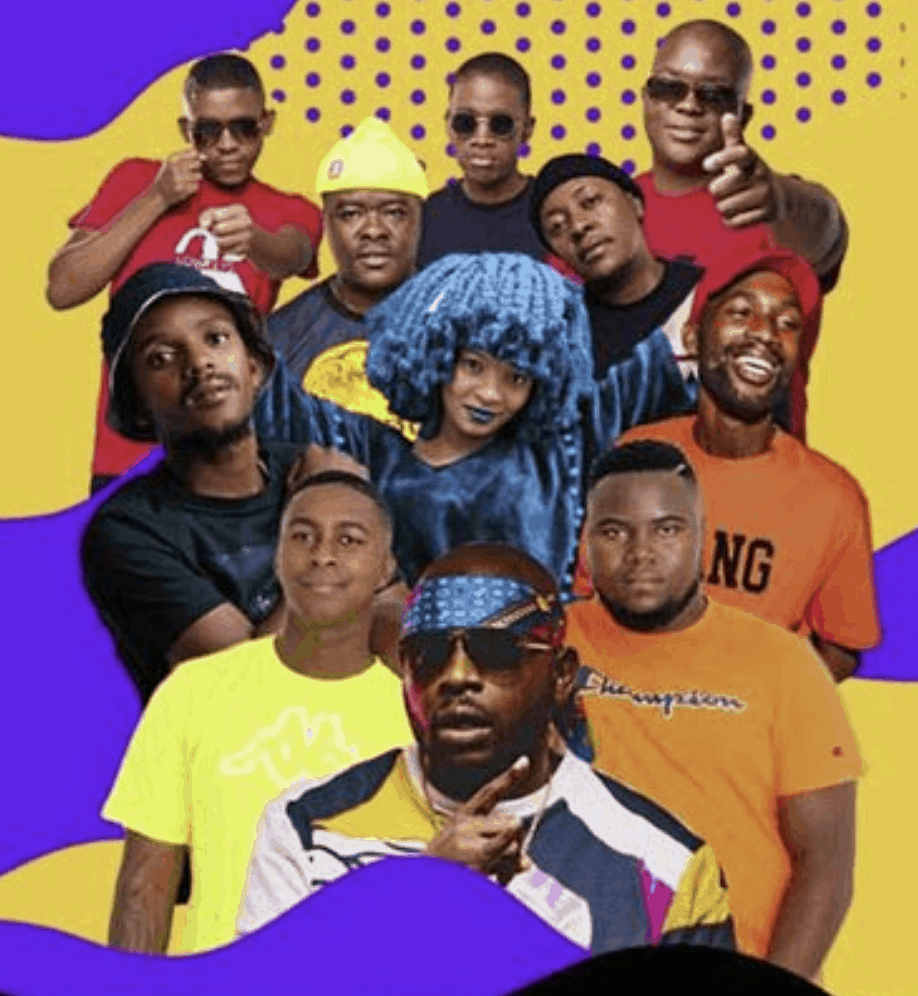 Ampiano is a musical sub-genre of afro-house emerging from South Africa in 2014. Amapiano is a difficult sound to explain, it is often described as a sound and a feeling however I would say it is a sophisticated fusion of deep house, jazz, kwaito house characterised by synths, wide baseline, airy pads and pianos.

Artists such as Kabza de Small, Mfr Soul, Virgo Deep and JazziDiscples have emerged as key players within the genre, inspiring an array of beatmakers and DJs. For the past couple of years, southern Africans have witnessed the rise of amapiano everywhere, from clubs, BBQs and restaurants. The sound has begun to travel with non-southern African DJs such as Juls crediting the sound as an inspiration for recent songs. The southern African diaspora community within the UK has also embraced the sound, headline shows courtesy of GrillyardUk featuring Prince Kaybee, Kabza De Small and Vigro Deep have sold out in the UK.

This is a list of some of the game changers pushing the sound within the UK.

Nommie is a Zimbabwean born artist residing in Leicester, she rose to popularity with her breakout hit ‘Akheko’ her sound isn’t mutually exclusive to house however her standout hit Lavoo from her debut EP Uncuffed is very influenced by amapiano.

South African born Nutty Cyber is a mega-mixer known for his extraordinary execution of house music and unique approach to DJing and production. He is credited as a producer and remixer on a number of projects internationally.

Whatever you wanna call it , this is the sounds of Africa 🔊 🇿🇼 🇿🇦

Thoby Lee is Zimbabwean born producer and artist along with being a solo artist he is also part of Hardwest music and duo ZazaxDreamer, in 2019 he released his debut project Unforgotten EP featuring some standout Amapiano hits such as ‘Eh Ehh’ and ‘Jika Nana’.

Valee Music is a Zimbabwean born british afropop artist her music is a fusion of the two cultures. Her sound is very diverse, one of her most popular songs is the amapiano influenced ‘Mina Nawe’.

Award winning DJ, Fistoz is arguably the most well-known DJ specialising in the Amapiano genre. He has DJ’d alongside south African powerhouses Vigro Deep and Kabza de Small all across the UK, Ireland and Scotland. Fistoz is currently crowdfunding for an Ampiano festival which will be free entry for all to enjoy.

Cava De Kulca is a London based Southern African radio show. The name comes from Sotho slang “Cava” means Checkout and Kulca meaning Culture – Checkout the culture. They have gained a reputation as THE platform for southern African culture and music. The 3 hosts for CDK are Phophi, DJ Khanda Cool and Zinitha.

Lucho is a multi genre DJ specialising in SA House Music, his journey began in 2013 when he began DJing 2013 for JungleDeep events. He has shared the stage with high profile international and local house artists. He is also one of the founders of @GrillyardUK and as guest DJ for Cava De Kulca.

Everytime I visit SA I collect songs that shaped my experience etc. This is 2020’s playlist for anyone trying to get into the Amapiano genre. Enjoy 💛https://t.co/Gm63gSa8Xf https://t.co/iTAK78iTnP