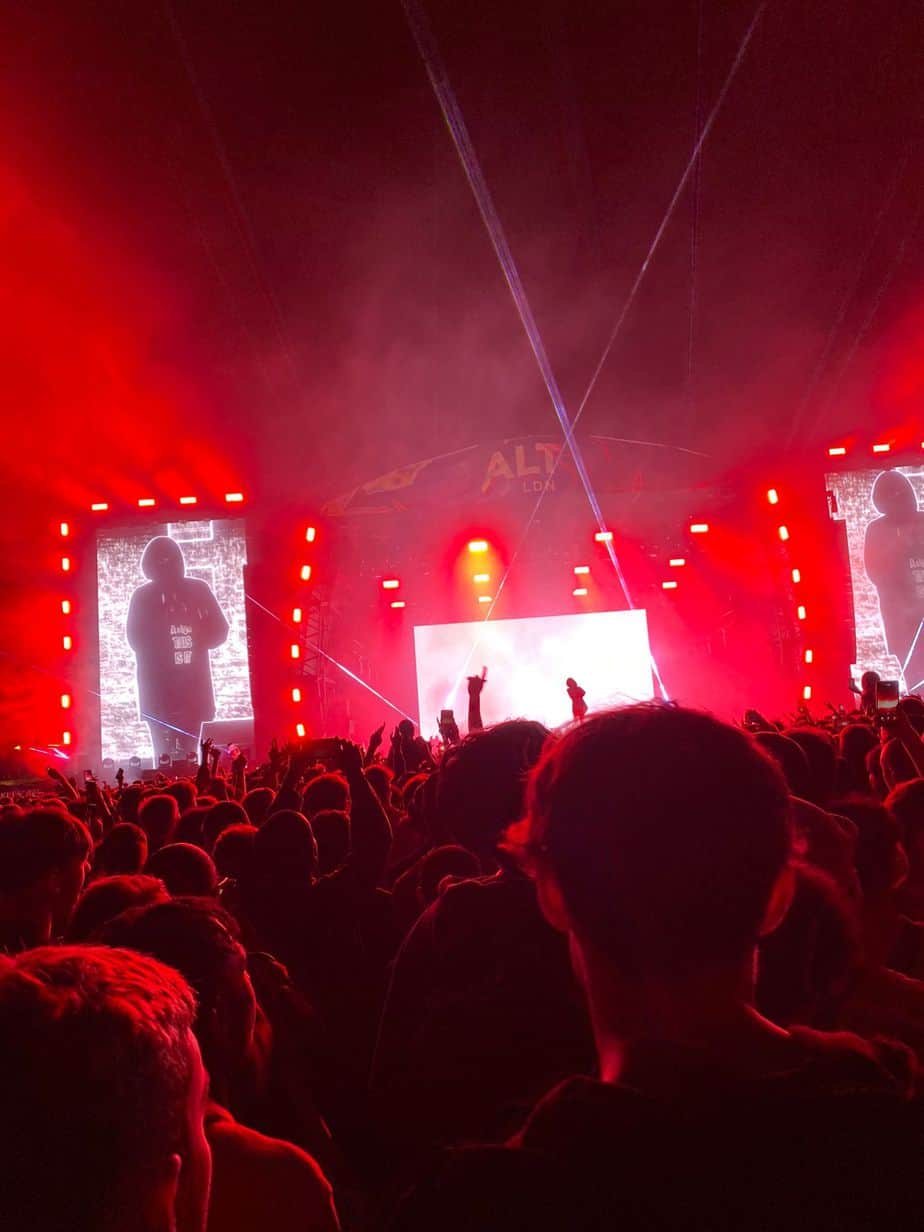 Nearly 2 years since my last concert, I was pumped full of nothing but excitement. Obviously, we’re still handling covid-19 so I walked up to the press entrance ready to do my lateral flow test. I then remembered how readily prepared I came, as I had done a test the morning of.

Moving quickly through the press entrance and upon receiving my wristband, I grabbed a drink from the bar. A double shot of vodka and a red bull, you can never go wrong with that.

Music was blazing from the speakers, I already knew who was on the stage – Pierre Bourne. He was performing ‘Yo Pierre’ a collab with Playboi Carti from 2017. The crowd went absolutely crazy, matching Pierres very palpable energy, and so did I. Spilling my drink everywhere but I didn’t care. The vibe was just electric, I’d expect nothing else from Pierre.

The line up for Alt+ was too inviting, I saw the likes of The Kid Laroi, Lil Yachty, Clever and Playboi Carti. Each performance was enthralling in its own right, but Playboi Carti’s was just exhilarating. The gloomy clouds and night sky had descended upon us by the time he performed, wonderfully complementing Carti’s dark and mysterious aura. The stage flame effects were accompanied by red strobe lights that fluttered around. It was just all so memorable.

I must say, I did actually attend the festival alone. The sensation of being free and not having to wait or rely on someone else is wonderful, and I would absolutely recommend it to others. It allowed me to meet a lot of new people while also allowing me to try something new. I believe that as humans, we should endeavour to do more things on our own. Don’t dismiss it until you’ve given it a shot!