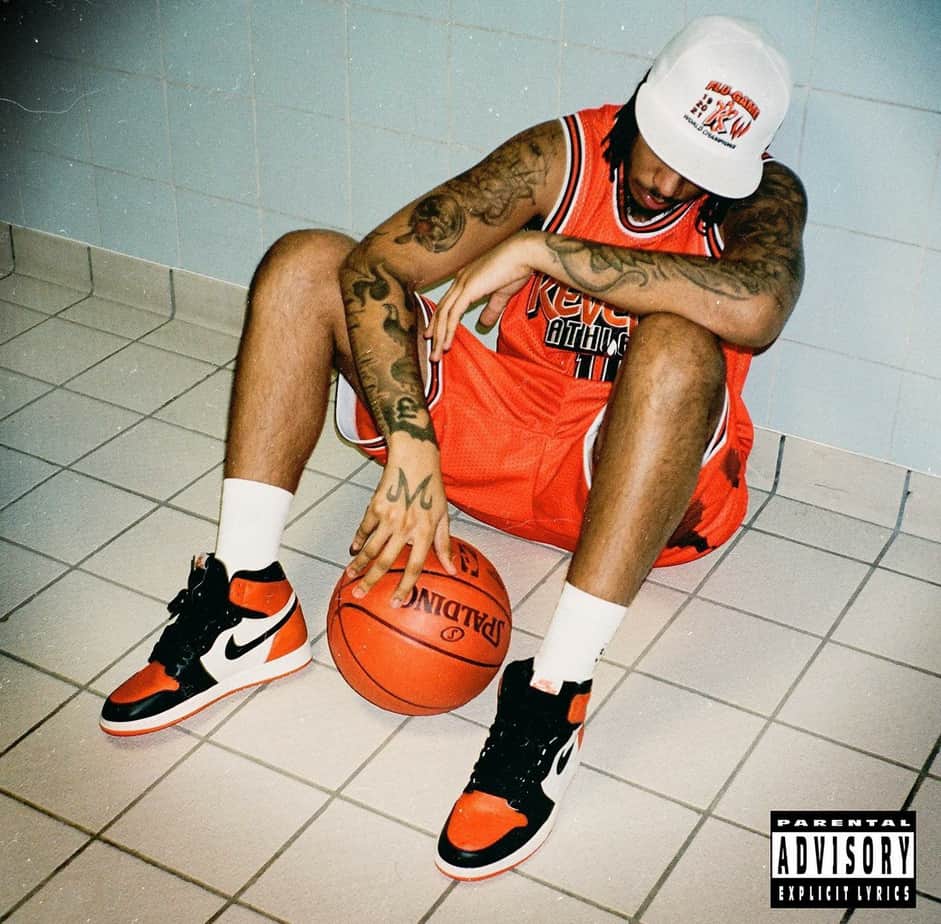 AJ from The Lane is back with his sophomore album. We all wanted to hear what AJ Tracey had to say on his new album and he delivered in true Ladbroke Grove fashion. Flu Game was released on 16 April and it took us two weeks to take this album in to give an honest review. At 9bills we know vibes and AJ Tracey shows that he is the king of vibes with the bangers on this album.

You know we have to speak on the basketball themed album roll out. The album name Flu Game is reference to the NBS finals match between Utah Jazz and Chicago Bulls in 1997 where Michael Jordan scored 38 points. The UK scene is stepping up their album roll outs and AJ Tracey did not miss with his promotion. He lined up an all star basketball tournament reigning in a lot of the famous names form the UK scene, ranging form Steff London, Ms Banks, Konan, Michael Dapaah and ElzTheWitch. The rapper also teamed up with Spotify to create a free Flu Game “The Game” where you get to shoot hoops with AJ Traceys voice guiding you in the background. He’s independently killing the game and we haven’t even touched on the album yet.

“I aint start spend my my s*** until I had a milli stacked, that’s a milli done. Or we could do another, check my banks, a milli won.” AJ Tracey delivered on his Fire in the Booth part 3 where he reminded his fans what he is really about and that is bars. We all now AJ Tracey sells massive records and has his part to play in the rapidly rising UK rap scene but this one felt like a treat to fans that may have missed his raw rap days. We hope there are many more Fire in the Booths to come in the future. Lets get into this album.

“Coupe (feat Kehlani)” sees a nice collab with the talented American songstress Kehlani where she really gets you in your feels with her hook. This is a song that can really highlight how the UK and US sound can go well together with the right formula. This tune is easily in contention for the best song on the album and a video for this one is definitely needed.

“Little More Love” video sees AJ Tracey make reference to Michael Jordans famous phrase “I took that personally.” The basketball theme is clearly evident with this video with a catchy song to enhance the cold visuals.

If we need a song for a post lockdown summer vibe then turn to “Summertime Shootout (feat T-Pain). AJ Tracey allowed T-Pain to deliver in true T-Pain fashion, a master of autotune who isn’t shy of showing his listeners that he’s got serious vocals too and this can be heard in this tune. AJ Tracey sets the tone of this song with some vocals of his own and adds to this with a few of his tongue in cheek bars “if you wanna slide, I got a rolls Royce sitting outie that’s suit and tie.” You know you’ll be singing this one this at your brunches with the girls and cocktails in July.

“I did 500 million streams in a year, I don’t think im clear.” AJ Tracey gives us some numbers on how his career is going so far on his tune “Draft Pick.” The production on the album is great with the choice of beats for each song getting better as the album progresses. This is clearly evident in this song and the rapper tackles the beat perfectly.  AJ Tracey is at his best when he is purely rapping and showing that he still has an insane hunger to improve and be the best at what he does.

I would have liked to see AJ have a few more UK collaborations on this album but based on the theme he chose and the type of songs that made it onto the tape I can see why he stuck with his choices. A Deluxe album for this is definitely something the fans will demand.

The catalogue of this tape, the promotion and the delivery is clear to see why AJ Tracey’s – Flu Game peaked at number 2 in the charts on the first week. If you rent out the Shard for a music vid you have to secure top spot and AJ made sure he did that.

A strong project from West London’s finest which shows how to be independently successful by sticking to your ideas on how you want your final body of work to sound. Big up AJ Tracey each and every time.