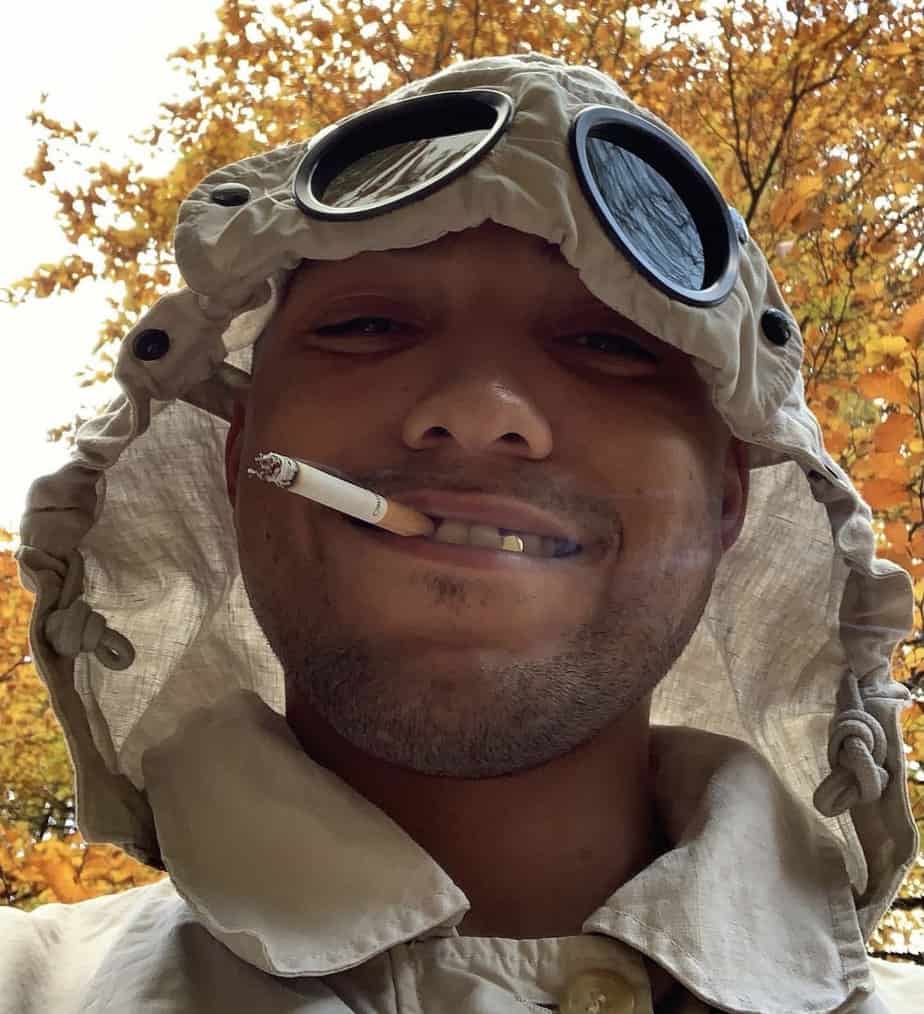 Those that take risks and try new things are more likely to succeed. Artists may feel forced to fit in with the crowd at times, but when they deviate from the narrative, brilliance emerges. As a result, we’ve put up a list of 9 alternative artists that everyone in the UK should be listening to!

It’s only natural for Kojey to be as creative as he is, having grown up in the dynamic East London neighbourhoods of Shoreditch and Hoxton. He is a musician, creative director, and mixed media visual artist, among other things. His sound is described as grimy and raw, a hybrid of rap and spoken word.

When it came to Kojey, it was never just about the music. He is a member of a young black British ensemble, that is putting black music into the spotlight in the UK.

With his passion of spoken word and hip hop, he creates a musical blend that few others can match. His voice is deep and profound, and there’s always a message being imparted, so pay close attention!

Greentea Peng is a singer/songwriter from South East London who is known for her psychedelic vibe. With such a distinct voice, it’s no surprise that Lauryn Hill and Erykah Badu are among her musical influences. Her music reveals that she is incredibly self-aware, as she is continuously tapping into her inner genuine self in a very strong way.

In 2018, she released her debut EP ‘Sensi’ which was a combination of soul, reggae, and R&B. A collection of songs that serve as an ode to her self-discovery, allowing us to get a sense of who the new kid on the block is.

Fun fact: Her stage name was formed because of her love of green tea, and the slang word ‘peng’ translating to pretty.

When you think of Trinidadian-born Berwyn, you have to think of integrity. His lyrics delve deeper than the surface. His music is very personal, as he opens up about personal battles and past trauma – he is, to put it mildly, very much relatable.

Berwyn, who recently released his second mixtape ‘Tape2/FOMALHAUT’ remains a person of interest on a lot of people’s radars. He deviates from the typical soulful sound by interpreting spoken word with alternative rap – constantly demonstrating his abilities as a songwriter, producer and artist. There’s no stopping him.

Fun fact: the name ‘FOMALHAUT’ from his second mixtape, is actually one of the brightest stars in the sky.

A lyricist by nature, hails from Manchester and brings nothing but soulful vibes to the table. Despite being relatively new to the scene, he made waves when he released his first album ‘A Pennies Worth’ in 2020.

The nine song album features Children of Zeus, Akemi Fox and Saffron Grace. These carefully curated features, as well as the other artists he chooses to collaborate with, have earned him a slew of fans around the UK.

Fun fact: his stage name is inspired by his love of the Japanese anime television series, dragon ball Z. Kinkai being a town in Nagasaki, Japan.

Coming from a musical family, it was unavoidable that North London raised, multi-instrumentalist Benji Flow would follow in their footsteps. He has stated previously that as a child, he was unaware of the extent of his talents because both sides of his family were musically inclined – he did not believe he was any better.

Benji had periods when he wished to be nothing more than a producer. That quickly changed when he realised that when it comes to bringing his visions to reality for his videos, there is no one better to portray himself than himself. He became a jack of all trades, producer, and singer/songwriter because he loved being in charge.

Benji Flow made his solo debut with the track ‘Deep End’ which can only be described as invigorating and infectious. After Deep End blew up to rocketing heights, he subsequently performed a Boiler Room set. Filled with his friends hyping him up, him on the keys, the energy and mood was just right – you could just tell he was set for stardom.

Fun fact: He started out as a Grime MC.

Starting out in 2015 by simply freestyling over YouTube instrumentals, the universe smiled on him and he soon found himself recording in a professional studio. In that year, he published his debut album ‘Pink,’ followed by the smash hit ‘About It,’ which swept the music scene by storm.

Lancey, who has no intention of confining himself to just music, he has a wide range of interests, the most obvious of which is fashion.His physical and musical styles are best described as punk/indie rock/melodic. He is now completely immersed in a successful modelling profession. It’s always inspiring to watch artists go out into other areas of life where they can combine their artistic interests!

Years later, Lancey is still working with some of the greatest in the industry and has placed himself among the greats. Working with artists like Skepta, Lancey claims that it has helped him become a more focused and consistent artist.

Sam Wise, Kennington born and raised, has been making waves in the music community for quite some time now. He’s a member of the South London collective ‘House of Pharaohs,’ but he’s also made a name for himself as a solo artist.

In 2017, he exploded into the scene with his solo debut, ‘Lizzie’ spitting over a mid-tempo, quite mellow beat and delivering his top-of-the-class regular smart punchlines.

As if he couldn’t get any better, in 2019 he released his EP ‘Sorry You Were Saying,’ which showcased his musical prowess. The 11-track mixtape allowed his fans to hear a more vulnerable and intimate side of him, and included collaborations with the likes of Blanco, a fellow Kenneington native.

Fun Fact: He is one of six siblings.

Jeshi is one of East London’s newest and biggest blessings. More on the hypnotic side of things, he produces a sort of hazy and nonchalant style, over thought provoking instrumentals. His style is truly one of a kind!

He is a man of many tones, able to shift from one mood to the next with ease. With his complex heavy hitting bars over a grimey beat, he can rattle brains, or he may decrease the pace and ruminate on his emotional past. In any case, he’s ready to go!

i’m 2017 he released ‘The World’s Spinning Too Fast’ mixtape in where he sought help from Mura Masa and producer Prince 85.

The mixtape transports listeners to a state of bliss, creating vivid images in the minds of those who accept his invitation to enter his thoughts. Jeshi painstakingly rhymes over an ominous sounding beat in the mixtape’s first song, appropriately titled “Paranoid.” He’ll be making waves in the UK scene for a long time to come, and we can only wait to see what he has for us in store!

Taking his first steps into the scene in 2014, knucks released his debut mixtape ‘Killmatic,’ a take of Nas’ classic debut studio album ‘Illmatic.’ It was an extremely raw tape that allowed Knucks to show off his musical skills and sampling efforts, while also paying homage to the icons who came before him.

A few years later in 2017, things were looking good for Knick’s as his single ‘Vows’ got heavy recognition – once again, displaying his versatility by using different flows. He samples Michael Jackson’s ‘The Lady in My Life’ and describes the track as soft drill.

Fast forwarding to 2019 and onwards, it’s clear to say that Knucks likes to take chances – sampling several different songs and intertwining them with the mainstream sounds of today. It totally works!

With almost 13 million streams at the height of the Pandemic, it’s safe to say that Knucks is the one who has the ball in his court. His talent has only grown as a result of his hard work over the years, dropping releases like ‘NRG 105‘. His production ability, as well as his collaborative features on this project, like Wretch 32, were in full swing. He has managed to establish himself as a highly respected and sought-after artist.

Fun fact: He studied an animation degree at university.

Watch our latest Cloud 9 freestyle below and subscribe to our channel to keep up to date with season 2!